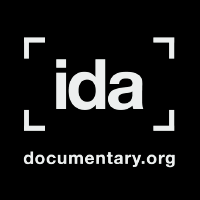 The IDA Documentary Screening Series brings some of the year's best documentary films to the IDA community and members of industry guilds and organizations. Films selected for the Series receive exclusive access to an audience of tastemakers and doc lovers during the important Awards campaigning season. Screenings conclude with a moderated Q&A with the filmmakers. The Series takes place at The Landmark in Los Angeles.

Check in for all guests will begin 1 hour before the screening starts. Seating priority will be given to members of IDA, Guilds, and industry organizations who show their valid member cards at check in.
You must show your organization membership card when you check in at the screening to access priority seating. Eligible organizations include: IDA, AMPAS, ATAS, DGA, WGA, PGA, FIND, ACE, BAFTA, BFCA, MPSE.

Seating for non-industry affiliated guests will begin 20 minutes before the screening starts. An RSVP does not guarantee admission. Children under 17 must be accompanied by an adult. Schedule and programming subject to change.

With unprecedented access to first-hand information about the U.S. drone program through on-the-record sources, National Bird introduces us to Heather, a former drone imagery analyst who never left American soil but witnessed countless deaths and now suffers from PTSD; Daniel, a signals intelligence analyst-turned-activist who is now being investigated for espionage; and Lisa, whose guilt over her participation in the drone program and determination to reveal the truth leads her to Afghanistan, where she is confronted with stories of a horrendous incident.

National Bird gives rare insight into America's drone operations through the eyes of veterans and survivors, connecting their stories as never seen before in a documentary.

National Bird had its world premiere at the 2016 Berlin International Film Festival and was a hit at the 2016 Tribeca and San Francisco film festivals and Sheffield Doc/Fest among others.

Parking is free for the first three hours, and $3 for an additional three hours with validation.