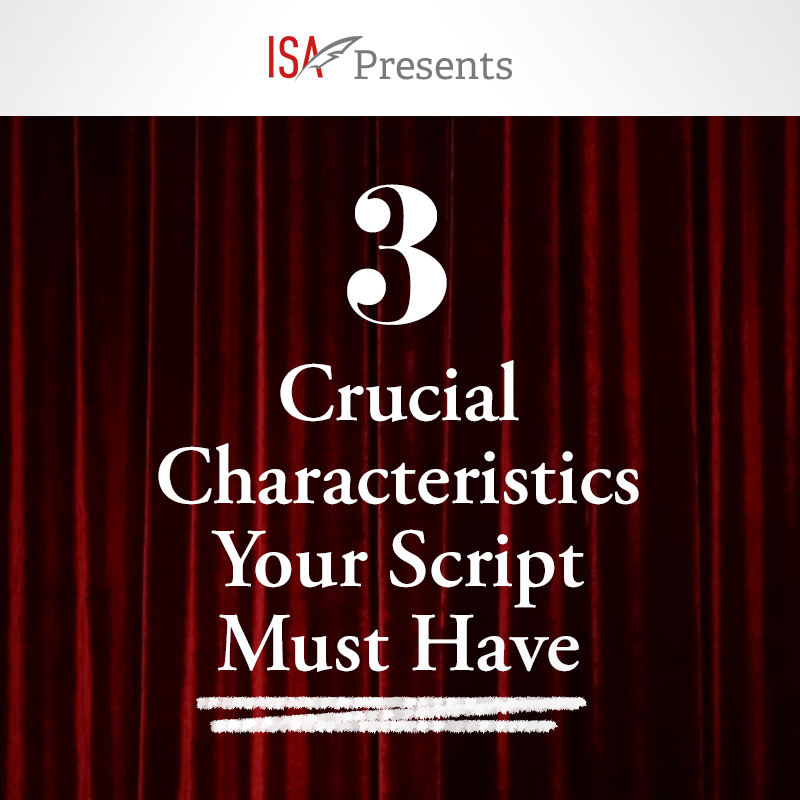 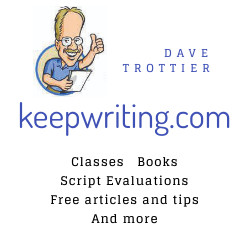 ISA Presents: 3 Crucial Characteristics Your Script Must Have - FREE Class

Get off to a fast start for 2021 and join us for ISA Presents: 3 Crucial Characteristics Your Script Must Have - A fast start to a salable script - A Free Class with Dave Trottier.

Make your screenplay stand apart. Whether you are revising your script, writing your first draft, or creating ideas, this course gets you off to a fast start towards a marketable script. A screenplay must be attractive, moving, and fresh (original story, characters, dialogue, and action). Dave makes these key characteristics and related techniques immediately understandable and applicable.

Where: ZOOM. A link will be sent to all registrants prior to the class.

Dave Trottier has sold, optioned, or developed numerous screenplays and screen stories for The Walt Disney Company, Jim Henson Pictures, York Entertainment, On the Bus Productions, Hill Fields (for ABC television) and New Century Pictures. Titles include Igor's Revenge (produced), Zorro the Gay Blade (produced, but not credited), The Muppet's Hockey Movie—The Comeback Kids (not completed due to Jim Henson's death), Ratman From Saturn, Kumquat, The New Musketeers, and A Window in Time. He co-wrote and co-produced the cult comedy, Hercules Recycled. More recently, he wrote A Penny Promise (produced; winner of awards at two film festivals) and sold Hemingway's Twin, an inspiring story about the Hemingway women.

As a teacher and script consultant, he has helped hundreds of writers sell their work, break into the biz, and win contests (including two Nicholl Fellowship winners and a National Play Award winner). Dave rated in the top 5% of the "Cream of the Crop" category of Creative Screenwriting's report "The Best Movie and TV Script Analysts and Consultants as Rated by Screenwriters."

He has taught at the major screenwriting expos and conferences, has lectured or led seminars at over 30 American universities, and taught occasional writing classes at the University of Phoenix (where he was honored with a Distinguished Teaching Award in 2005). He also conducts his own online courses and screenwriting workshops, one-on-one mentoring program, and Sundance Retreat; plus he teaches courses at Screenwriter's University.