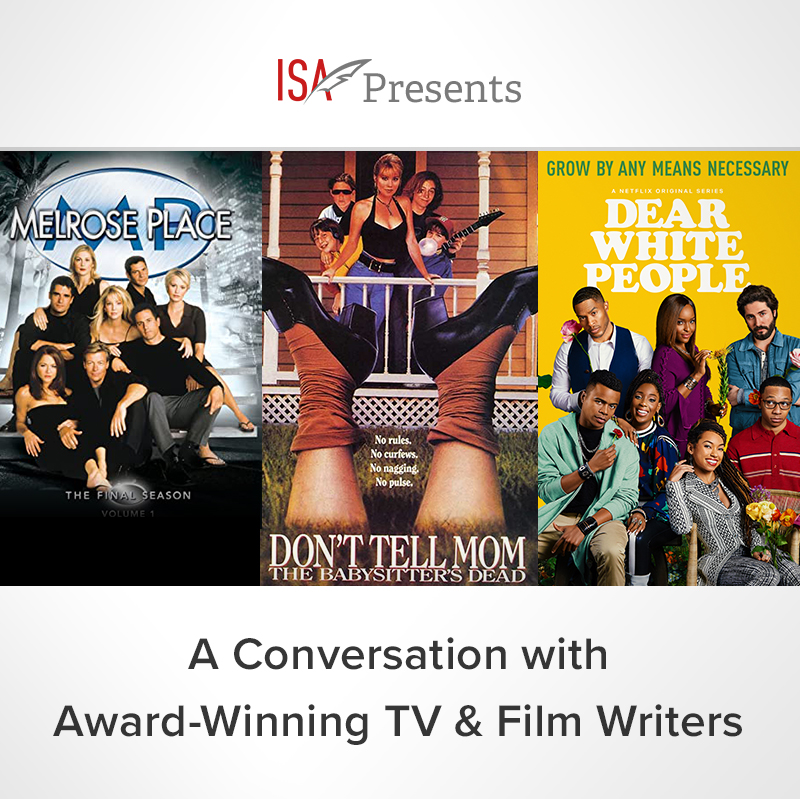 Join us for ISA Presents: A Conversation with writers Chuck Hayward, Tara Ison and Neil Landau.

We'll be chatting with the award-winning co-writers of the 80's hit Don't Tell Mom the Babysitter's Dead: Tara Ison (novels The List and A Child of Alcatraz) and Neil Landau (Finnick, Melrose Place) and the writer of the upcoming reboot, Chuck Hayward (Dear White People, Mixed-ish). This will be a lot of fun. If you haven't yet seen this cult classic, check it out on Amazon or Hulu before the event!

When: Friday, July 31st at 6pm PDT / 8pm Central / 9p Eastern (Check your TIME ZONE)
Where: ZOOM - A link will be emailed to registrants before the event. 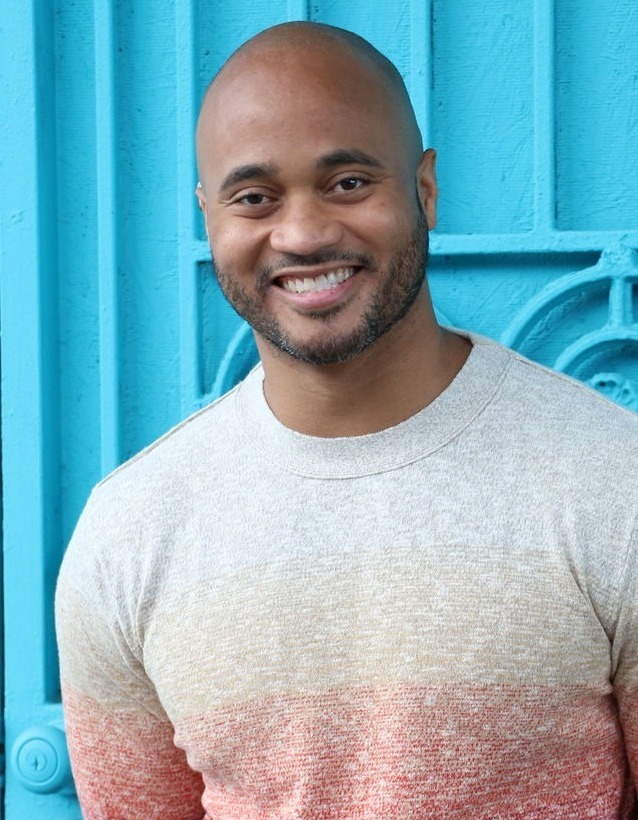 Chuck Hayward writes things. A lot. And sometimes he actually writes them well. Just ask his fellow writers on Netflix’s Dear White People, or Disney+’s WandaVision, or ABC’s Mixed-Ish. Or you can ask the directors of the movies he’s written, Netflix’s Step Sisters, and the indie film Fat Camp. Chuck promises they’ll confirm it. You calling him a liar?!?! Syracuse University alums don't lie. Neither do Wilmington, Delaware natives or brothers of Alpha Phi Alpha Fraternity, Inc. And Chuck is all three. 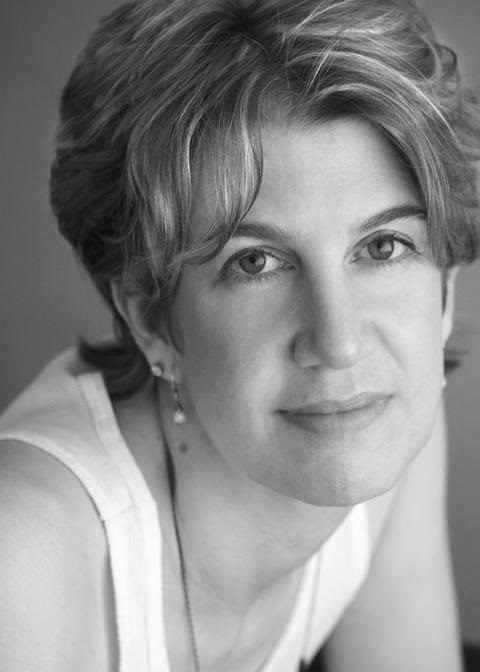 The co-writer of Don't Tell Mom The Babysitter's Dead (1991), Tara Ison is also an award-winning novelist, essayist, short story writer, and professor. She is the author of three novels: The List (Scribner), A Child out of Alcatraz (Faber & Faber), a Finalist for The Los Angeles Times Book Prize, and Rockaway (Counterpoint/Soft Skull Press), featured as one of the "Best Books of Summer" in O, The Oprah Magazine, July 2013. Ball, a short story collection, was published in 2015, and her collection of essays, Reeling Through Life: How I Learned to Live, Love, and Die at the Movies, was winner of the 2015 PEN Southwest Book Award for Creative Nonfiction.

She is the recipient of fellowships from the National Endowment for the Arts in 2020 and 2008, several Yaddo fellowships, residencies at Hawthornden Castle in Scotland and the Cill Rialaig Arts Project in Ireland, a Rotary Foundation Scholarship for International Study, a COLA Individual Artists grant, Brandeis National Women's Committee Award, a Thurber House Fiction Writer-in-Residence Fellowship, the Simon Blattner Fellowship from Northwestern University, and a California Arts Council Artists' Fellowship Award. 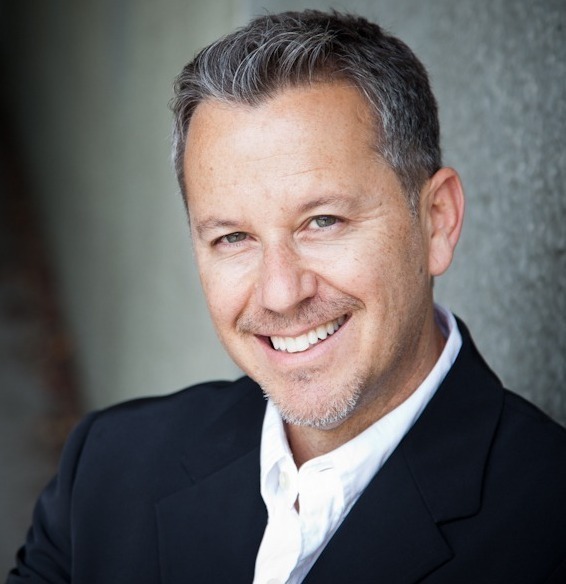 Neil Landau is an award-winning screenwriter, producer, author, and screenwriting professor. His screen credits include the cult teen comedy Don't Tell Mom the Babysitter's Dead; Melrose Place, The Magnificent Seven, Doogie Howser, M.D., The Secret World of Alex Mack, Twice in a Lifetime, MTV's Undressed. His animated movie projects include Tad: The Lost Explorer (aka Las Adventuras de Tadeo Jones) for which he earned a Spanish Academy “Goya” Award and Cinema Writers’ Circle Award for Best Adapted Screenplay (2014); Tad2 (Tadeo Jones and the Secret of King Midas), from Paramount, premiered in August, 2017 (once again to record box office). Neil is working on the Tad #3 for a 2021 release by Paramount. He also co-wrote the animated feature Capture the Flag (also for Paramount); and the animated movie, Sheep & Wolves, for Wizart Animation (The Snow Queen), 2017 release. He’s currently Head Writer and Co-Executive Producer on the new animated feature film Finnick for Riki Animation Studios, and serving as Co-EP and Executive Script Consultant on Mummies for 4 Cats Pictures and Warner Bros. Both are currently in production for 2022 release. Neil’s new projects include Strings (for Warner Bros.) and the live action miniseries for Amediateka/HBO Europe entitled Patient Zero.

Neil is author of five books, including the bestselling 101 Things I Learned in Film School (Grand Central Publishing, 2010, reissue by Random House/Crown in early 2021; and The TV Showrunner’s Roadmap (Focal Press, 2014; second edition to be published in 2021).

Neil served for several years as Executive Script Consultant in the international divisions of Sony Pictures Television and Columbia Pictures. He gives lectures, keynotes, and hosts workshops around the world on the art and craft of screenwriting, including keynotes in Milan, Rome, Seoul, and Sochi. He’s lectured at USC School of Cinematic Arts, NYU Tisch School of the Arts, La Femis
in Paris, Met Film School in London, University of the Andes in Santiago, Alexander Mitta Film School in Moscow, Hebrew University in Jerusalem, Shanghai Film Art Academy, Starlight Media in Kiev, and Accademia Nazionale del Cinema in Bologna, Italy. He’s a member of the WGA west, the Academy of Television Arts & Sciences, PEN west, and is on the Board of Directors for
OUTFEST. He earned his BA in film and television at UCLA, and his MFA in Screenwriting at Grady College of Journalism & Mass Communications.