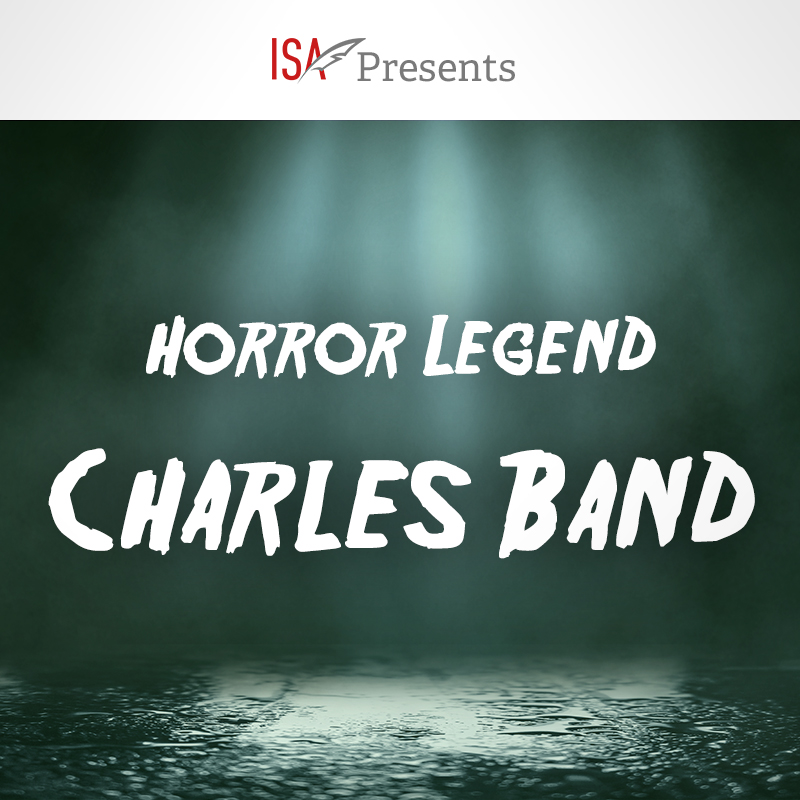 We will be talking all things horror and beyond with Charles Band, the cult movie pioneer of films such as the PUPPET MASTER franchise, TRANCERS,  EVIL BONG, CASTLE FREAK, and many more!

Charles recently received the 2019 "Time Machine" Lifetime Achievement Award at the Sitges Film Festival and will be talking with us about his long-running career, changing course with the end of Blockbuster direct to video rentals, and creating crazy content for his cult audience.

You don't have to be a horror fan to enjoy this talk.   We will also discuss: 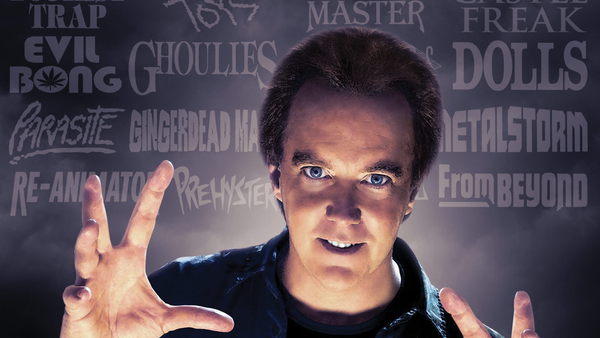 ​With almost 50 years in the business and over 300 feature films under his belt, producer, director and founder and CEO of Full Moon Features Charles Band shows no signs of slowing down.

​In 1975 Band produced his first picture, the cult classic horror movie MANSION OF THE DOOMED. Within a few years, he was fast becoming a rising star in Hollywood, producing and directing now-iconic films  starring such revered names such as John Carradine, José Ferrer, Sue Lyon, Christopher Lee, and Roddy McDowall. In 1978 Band formed MEDA Home Entertainment, the first independent home video distribution company in North America. MEDA was among the first companies to distribute films to the home video market on the beta-max format and found success with a wide variety of titles ranging from horror movies such as John Carpenter's HALLOWEEN to family entertainment like the animated PEANUTS specials and many, many more.

​Band went on to form Wizard Video in 1981. The company was a pioneer in the home video market and was the original video distributor for classic horror movies like THE TEXAS CHAIN SAW MASSACRE, I SPIT ON YOUR GRAVE and Lucio Fulci's ZOMBIE to obscure European films from auteurs like Jess Franco and Jean Rollin. A forward thinking company, Wizard foresaw the potential for massive growth in home video gaming and produced adaptations of THE TEXAS CHAIN SAW MASSACRE and HALLOWEEN for the Atari 2600, which were in effect the very first horror console video games ever released. Band continued to produce and direct his own films during this era, including the 3D horror movie PARASITE, which featured actress Demi Moore in her first starring role.

​In 1983 Band founded Empire Pictures Entertainment. Based in Los Angeles, the film production company was highly prosperous throughout the eighties and produced as many as twelve theatrical features a year. Empire Pictures Entertainment was responsible for some of the biggest cult hits of the eighties including GHOULIES, RE-ANIMATOR, FROM BEYOND, TROLL and ROBOT JOX. Band continued his track record of discovering untapped talent during this time, casting such future stars as Helen Hunt, Viggo Mortensen, Julia Louis-Dreyfus, Mariska Hargitay and many more.

​At the end of the decade, Charles Band pioneered the independent direct-to-video feature with the formation of Full Moon Entertainment 1989 and with it, the creation of PUPPET MASTER, which has gone on to become the most successful direct-to-video film series of all time. Band soon teamed with Paramount Pictures and Pioneer Home Entertainment for direct-to-video releases on VHS and Laserdisc. The “VideoZone” featurettes at the end of Full Moon’s movies, which showed how each film was made, presage and anticipated the behind-the-scenes bonus content that is now considered a standard feature among contemporary DVD and Blu-ray discs. With upwards of twenty releases per year, Band built a reputation as a versatile and frequent director of entertaining low-budget horror, sci-fi, and fantasy films.

​Band’s Full Moon Entertainment, later renamed Full Moon Features, created many well-known video franchises throughout the nineties and into the new millennium. Aside from its extremely popular PUPPET MASTER series, Full Moon continued the TRANCERS series starring Helen Hunt and Tim Thomerson, the SUBSPECIES series shot on location in Transylvania, the bizarre EVIL BONG series featuring Tommy Chong, and the infamous GINGERDEAD MAN series starring Gary Busey. During this period, Band worked with many talents who would later achieve greater fame in the industry like Seth Green, Jackie Earle Haley, and David S. Goyer, to name a few. In addition to his relentless filming schedule, Charles Band continued to be very active in creating and marketing a wide variety of merchandise including T-shirts, action figures, resin statues, and 1:1 scale replicas of Full Moon’s better-known puppets and dolls and publishing the horror movie magazine DELIRIUM.

Most recently, Charles Band has taken another step into the future with the creation of Full Moon Features. This pioneering video streaming service (a successor to the company's earlier Full Moon Streaming channel) allows subscribers from all over the world to watch Full Moon films from the comfort of their computer or other Internet-ready device, with a fully functional app available on virtually every platform. Full Moon Features adds new movies on a weekly basis, both under Band’s established Full Moon banner as well as cult film imprints like Blue Underground, Something Weird Video and many, many more. In 2019, Full Moon launched their most ambitious project to date with DEADLY TEN, in which 10 new feature films were produced back-to-back all over the world with completely live-streamed shoots airing on www.DeadlyTen.com. Each film has its world premiere on Full Moon Features as well as Full Moon's Amazon channel and other digital outlets.

After decades of experience in the entertainment industry, Charles Band has cemented his legacy as a progressive businessman, prolific filmmaker, and cult movie icon. 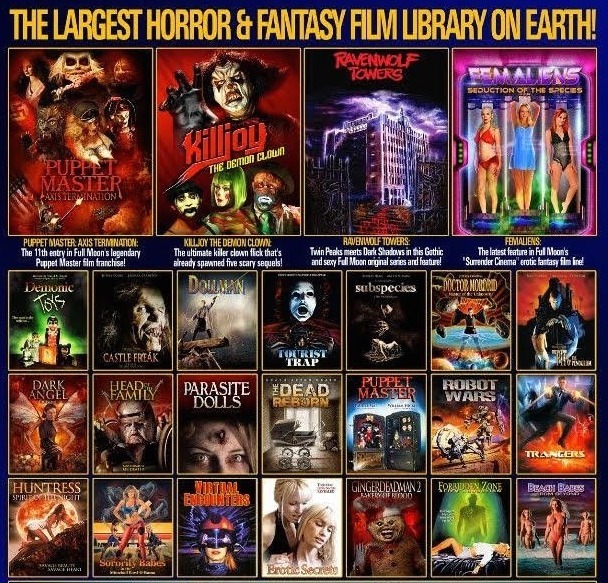