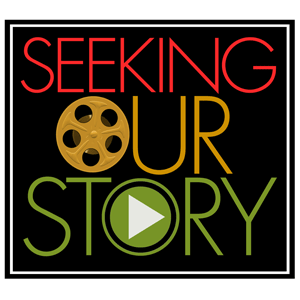 Seeking Our Story is proud to be co-hosting Mary Pickford's LITTLE ANNIE ROONEY with The Mary Pickford Foundation at the American Cinematheque. Networking before the film presented by the ISA. (See below for special ISA member ticket discount offer.)

6:00PM Doors and Filmmaker Networking Sponsored by the ISA. RSVP for networking to SeekingOurStory@gmail.com.

7:30PM Film Presentation. Special ISA Members Discount! Use Code SOSMary and get your ticket for only $8 at http://www.brownpapertickets.com/event/2562615

This never before seen 4K digital print debuts a score commissioned to help Mary's work continue to reach new audiences. The Foundation's resident film scholar, Cari Beauchamp, will speak on a panel before the film discussing updating and preserving silent film and the Pickford legacy.

The process of restoring and scoring this LITTLE ANNIE ROONEY took several years. The original tinted nitrate print in Mary Pickfords personal collection at the Library of Congress, made from the camera negative in 1925, was brought to the Academy of Motion Pictures Arts and Sciences archive in Los Angeles.

Through the MPF Composition Program at Pepperdine University, a young composer, Andy Gladbach, was chosen to create a new sound track for the film. Mentored by professionals, Gladbach was joined by a 16 piece orchestra that included three percussionists, as well as a conductor and engineers, to record his original music. The end result combines and showcases the finest work of artists, craftspeople and musicians from this century and from 1925.

In LITTLE ANNIE ROONEY, Pickford plays a tomboy of the tenements who tends to her brother and widowed father in a multi-ethnic New York neighborhood, recreated entirely on the backlot of the Pickford Fairbanks studio in Hollywood. Her crush on a young man (William Haines) from a rival gang results in complications when he is charged with murder. Pickford produced, starred in and wrote this comedy (under the pen name of Catherine Hennessey).

Special ISA Members Discount! Use Code SOSMary and get your ticket for only $8 at http://www.brownpapertickets.com/event/2562615.