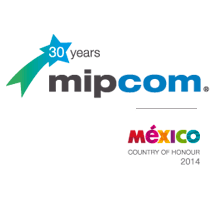 MIPCOM is where the world’s storytellers do business.

ISA members can receive a deeply discounted rate at the world’s leading entertainment content market. MIPCOM will be held in beautiful Cannes, France from October 13th to 16th 2014.

…all at a special rate for ISA members. (limited to first time market attendees only)


Contact Matt: matthew.rosenstein@reedmidem.com and mention "ISA MIPCOM RATE" in the subject to receive a promo code.

Register today and tell your story to the industry’s best and brightest!

Contact matthew.rosenstein@reedmidem.com and mention “ISA MIPCOM RATE” in the subject to receive a promo code.

* rate does NOT include10% refundable VAT. Note that this rate is exclusively offered to current members of ISA who have never before attended a MIPCOM market, subject to verification of eligibility and membership in ISA.