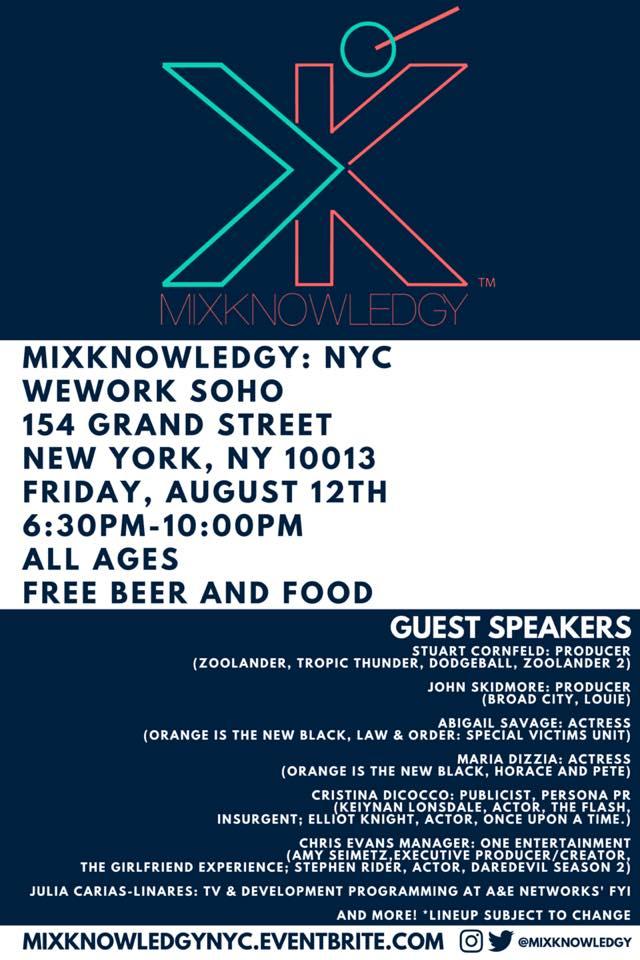 Filmmakers and Actors! Join us Friday, August 12th for a unique entertainment experience that combines elements of a mixer and a forum. Taking place at WeWork in SOHO, this intimate atmosphere will allow for optimal networking with attendees and guest speakers. Event is all ages. Food and drinks (including alcohol) will be provided.

Admission gets you access to all panels/Q&A's. Use promo code ISA15 for $15 off!

LINEUP (more names to be announced):