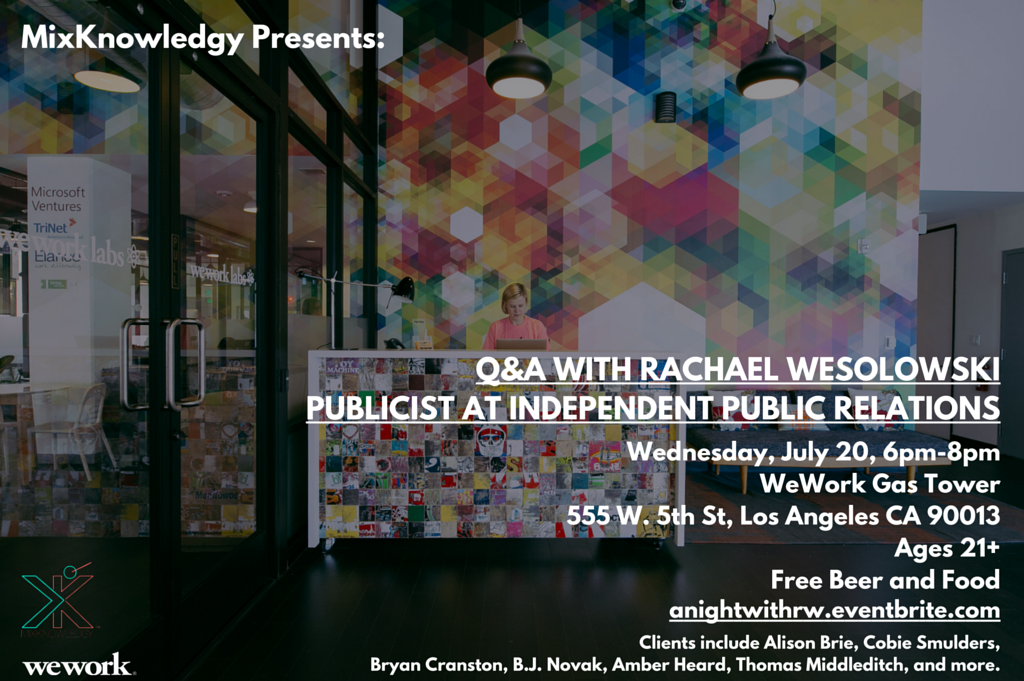 MixKnowledgy presents a Q&A with Rachael Wesolowski, Publicist at Independent Public Relations, on July 20th at WeWork Gas Tower in Los Angeles. The event begins promptly at 6 PM and is open to all persons 21 and older. Complimentary beer and food are included with the price of admission. If you are interested in a career in talent representation or even about finding representation don't miss your opportunity to network with one of PR's most prolific publicists!

USE PROMO CODE ISA2DOFF FOR $2 OFF REGISTRATION!

Rachael Wesolowski has been a personal publicist working in the entertainment industry for over 10 years. She started her career as a receptionist at BWR Public Relations and then moved to ID PR where she worked under Jodi Gottlieb for 6 years. In 2012, she moved to Independent Public Relations where she has worked now for over 4 years.

Rachael has played integral parts in Academy Award, Emmy, and Golden Globe campaigns for Claire Danes and Bryan Cranston which resulted in multiple wins and nominations. She is a graduate of Miami University in Oxford, Ohio and has a bachelor's degree in Communications. Rachael is originally from Champaign, Illinois but also lived in Cairo, Egypt as a child.