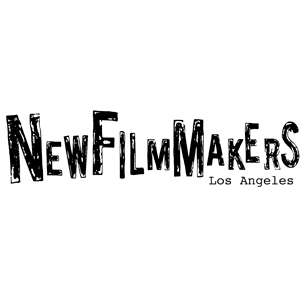 In honor of Black History Month, NFMLA presents ‘InFocus: Black Cinema' to open up this month's festival screening. The program consists of films that cover a range of stories and cultures seeking to underscore the importance of films that have starred, filmed, directed, or been produced by the black community. We have two comedies of how far one goes to break the walls between color in the name of love, a witty comment on stereotyping, a beautifully captured character study of a youth from the streets, training his way to the olympics, and a historical snapshot of an economically challenged community in Detroit transformed though the modernist architecture of Mies Van Der Rohe.

Next we have 2 programs of short films, many premiering for the first time in Los Angeles including character driven films from Italy and Lithuania, a Hungarian produced thriller and a glimpse of mother struggling with her cancer in modern day Iran. And from the U.S., a modern day pulp flick set in the desert, a satire of a clever homeless man, and a documentary of a female cappella quartet out of Cuba.

Closing the evening, we have the West Coast Premier of ‘Homestate', a tender experiment of real life and fiction following Blaise Miller in a refined performance as the lead character on a path of redefining himself despite the lack of faith from his family.

Throughout the night, you will have the opportunity to meet and mingle with the filmmakers and industry supporters over cocktails and beats at the filmmakers' lounge inside the private entry to the 500 seat theater of the South Park Center in Downtown Los Angeles. Come hungry to enjoy gourmet street food from the food truck this month, Fettes Schwein.

Tickets for individual programs are only $5 advance purchase / $7 at the door for single programs and $15 for all-access VIP tickets to all three programs with complimentary beverages.

Located in Downtown LA, South Park Center is the Presenting Venue Sponsor of NewFilmmakers LA (NFMLA). Founded in 2007, NFMLA has screened over 1350+ films from over 67 countries. The organization provides a forum where filmmakers can be recognized with title supporters Sony Pictures Entertainment, DreamWorks, TheWrap, SAG-AFTRA, and FilmLA.