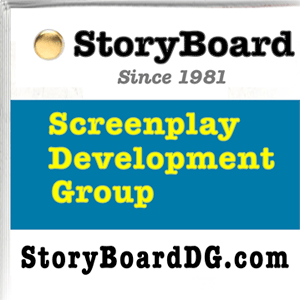 Receive a copy of the SELF/LESS screenplay to read in advance, come to the meeting when Peter Russell will analyze the script and lead our screenwriting discussion with writers & filmmakers.

SELF/LESS is the story of an extremely wealthy aristocrat, with a terminal disease who undergoes a radical medical procedure that transfers his consciousness into the body of a healthy young man.  But all is not as it seems -  the "organization" that performed the procedure will kill to protect it's secrets.  To make matters worse, he faces the threat of losing control of the body he now possesses, and erasing his mind in the process.

Written by Alex Pastor & David Pastor, who were nominated for two Gaudi Awards last year for writing and directing the thriller The Last Days.

PETER RUSSELL will provide in-depth analysis and lead our discussion.  He was invited to teach screenwriting at UCLA in 2004 and in 2009 received UCLA Extension’s Instructor of the Year for Film & Television.  Peter now teaches at Pepperdine University’s MFA Screenwriting program.  In the 1990′s, he and Cecilia Stewart Russell started as story analysts and have read over 6,000 screenplays for major film and television giants from Imagine, Participant, and Walden, to HBO, CBS, and others.  They discovered deep, hidden patterns in the best films and developed a process they call The Storymaker, which can be used to quickly develop an original, complex, vivid story from a single idea.  Visit HowMoviesWork.com for info on his seminars, workshops & online classes.

Register to receive a copy of the SELF/LESS screenplay.  Read it and come to our meeting on the FOX studio lot. Screenwriting Teacher & Consultant PETER RUSSELL will provide in-depth analysis and lead our discussion of the the screenwriting.  A copy of the screenplay, postage, food & beverages included.  Directions to meeting room will be provided to registrants.

StoryBoard Development Group, a not-for-profit educational organization dedicated to screenwriting, meets on the 20th Century Fox studio lot on the 2nd Monday of every month for screenwriting analysis and in-depth discussions of current feature film screenplays. A different industry professional leads the group each month.

Read the script, analyze and discuss the screenwriting at the meeting.  Then go see the movie - It's a great experience and a unique opportunity to learn and improve your writing and filmmaking skills.

Meeting fee includes a copy of the screenplay to be discussed and postage, as well as food and beverages at the meeting.

Guests and prospective members should be activly involved in screenwriting and/or filmmaking and be familiar with established screenwriting principles and structure.

Workshops for member screenplays and cost savings available with membership.