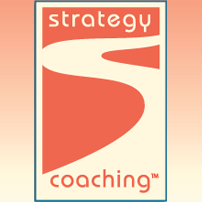 The 5 Keys to a Sellable Script - A Free Tele-Class

As a writer (or as someone thinking about writing) you've heard that you'll need to write something "commercial" in order to sell it, right? And what does that mean, exactly?

I've seen three movies in the last week---Grandma with Lily Tomlin, Steve Jobs and Straight Outta Compton. What do they all have in common?


Well, Rhonda Bloom is uniquely positioned to speak to this question. She was a development executive for over twenty years for such legendary producers as Paula Weinstein, David Brown and Richard Zanuck. Her clients have worked with Sidney Lumet, Ridley Scott and Associates, ABC, FOX, AMC, FX and Lifetime. All told she's worked on hundreds and hundreds of projects. And I'm thrilled to be hosting her FREE Tele-Class: The 5 Keys to a Sellable Script!


In this tele-class you'll learn:

Rhonda is a veteran development consultant, with over 30 years experience as a development executive, manager and producer. Her executive experience includes tenures as Vice President of Television for Paula Weinstein's Spring Creek Productions, Vice President of Development for Producer's Entertainment Group, The Larry Thompson Organization, Dan Blatt Productions, and story editor for Zanuck-Brown Productions. Producing credits include CBS telefilms Replacing Dad, Separated by Murder, and Broken Promises, and the Showtime telefilm Floating Away.

Some of the premiere talent she has worked with include David Mamet, Larry Gelbart and John Badham. She helped Gregory Widen get his first credited job on a TV movie for ABC which she sold and associate produced. She discovered Peter Gould (Breaking Bad, Better Call Saul) when he'd only written one script. Based on her recommendation HBO hired him to adapt the best-selling non-fiction book A Vast Right Wing Conspiracy. She has worked with Ilene Chaikin (The L-Word, Empire), Will Sheffer (Big Love), and extensively with Kelly Masterson (Before The Devil Knows You're Dead). She holds her Masters from USC's Peter Stark Producing Program.

Shawn is the premiere career coach for entertainment industry professionals of all disciplines. She has coached writers to landing TV staff writing jobs, directors to attaching stars to their projects, and producers to securing financing. She has coached actors from no bookings to being working professionals who book TV, film and commercials regularly. She's also worked with composers, make-up artists, DP and more to create career breakthroughs-- better jobs, higher profile projects and bigger paydays.

Recently, her clients have worked with James Franco, Julia Roberts, Tarsem, Oliver Stone, on Fear the Walking Dead, Sleepy Hollow, NCIS, Marvel's Agents of S.H.I.E.L.D, Snowden and more. As a filmmaker, she's in post-production on her first feature which she wrote and directed. She's sold a pitch to Warner Bros., won a screenwriting contest, produced/production managed 100+ projects, and more. She brings her real-world experience to her coaching clients.