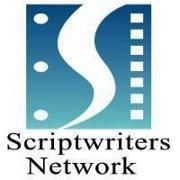 The panel will be more about craft and process than how to get started (who to contact sort of stuff). Comedy isn’t just a skill you just start writing for but you train and develop tools to get stronger and that’s the thrust of it.

KARA LEE BURK - Kara Lee began writing while working with sketch comedy troupes in Detroit and New York City. She then moved to Los Angeles to pursue a career in television. Her spec of The Sarah Silverman Program got her chosen as one two comedy writers for the Warner Bros. Television Writers Workshop. Since completing the WBWW she has been staffed as a writer on Romantically Challenged (ABC), Melissa & Joey (ABC Family) and The Mr. Peabody & Sherman Show (coming to Netflix soon!) . She has also written for multiple webseries, a videogame, and is constantly writing new pilots for staffing and development. You can also check out her show MY GAY HUSBAND at the Hollywood Fringe Festival in June.

BRANDEE STILWELL - Born and raised both Quaker and Cherokee in the number one fly over state of Kansas, Brandee moved to Los Angeles so she wouldn’t become another statistic of being a divorced mother of three by the age of 19 or perhaps any time in at the local state pen. Her parents are proud! Her resume includes Mad TV, American Dad and Family Guy(not as a writer). She has worked on various other shows for the Fox Network where she’ll no doubt pay with her soul, somewhere very warm after she passes. She has written several things that she promises you’ve never heard of or is currently out of print. She produced and was responsible for bringing back the comedy, theater concept of “Hollywood Hell House” in 2007 with Bill Maher as Satan and Dermot Mulroney and Kato Kaelin as Jesus (depending on what night). She’s a proud pet parent of six, three alive, three dead. Her preferred color is blue, she adores singing out of key while dancing to Euro 80’s music and her favorite food is Mexican, even though sometimes it doesn’t love her back. Brandee can currently be heard in the monthly podcast “That Voice Over Improv Thing.”

TIM POLLACK AND JEFF HODSDON - Tim and Jeff are writers/show runners and E.P.s for Netflix’s Richie Rich. Prior to that both of them had significant comedy writing credits including A.N.T. Farm, Suite Life with Zack and Cody, and Suite Life on Deck for Disney Channel.

Please check our calendar for additional upcoming events not listed above.