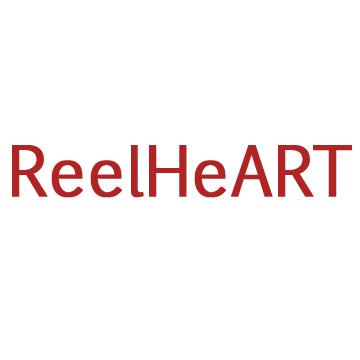 We focus on the best in Indie Cinema from Around The Block and Around The World with 12 Competitions to choose from.

Specifically for Screenwriters - For years, ReelHeART has been mentoring Screenwriters from around the world to get their Screenplay into the best possible shape for the next and most sought after step in their careers –
—A Hollywood Option!

If Hollywood doesn’t come calling, then maybe the next step is representation from a Manager, Agent, or an Interested 3rd Party who has seen your screenplay as part of the judging process at ReelHeART or we’ve sent to a production house who makes the kind of films your screenplay is about.

Or maybe your ReelHeART experience gets you so inspired to make your next re-write so crisp and clean that you go on to make your Screenplay into a Film and enter it the following year and win a Prize!

Whatever the next step is for you as a Screenwriter, we mentor you by going through each and every screenplay entered with a fine tooth comb to get your script ready for that next re-write, or get your screenplay ‘Table-Read’ ready for a Live Festival Audience.

1 Writer Film Being Produced with Hollywood ‘A -List’ Cast
($50 Million Budget)
6 Writers Working In/For Hollywood
2 Writers Sold TV Series to Fox
3 Writers Repeatedly Winning/Finalists in Screenwriting Competitions
1 Writer Working For Washington, DC
4 Writers/Directors Working In United Kingdom
3 Writers Gain Agent Representation
4 Writers Optioned
5 Writers Signed
8 Actors/Actresses Inspired to Write and Win Competitions
12+ Actors/Actresses Currently Producing in LA, NYC, Toronto
So C’mon – If you poured your sweat and guts into your Screenplay, enter it into a Competition that does not put it down after the 1st 10 pages.  We keep reading to “The End”.

Enter ReelHeART to become a better Writer and a bigger Winner!

Prizes in our Feature Screenplay Competition Include:

Screenwriters... Did you know that ReelHeART was the first screenwriting competition that offered a Rehearsed Cast-to-Type Live Read for its Feature Script Winners and Short Screenplay Winners? It's not a table read. It's not a partial read. It's a semi-staged, full into character, full-length read to bring that screenplay of yours to life. You can hear the dialogue, feel the emotions, flesh out the characters and get inspired and infused for your best re-write ever.

Feedback is FREE for All Entries
Feedback From Producers is not Free. The fee is $120USD
Feedback is emailed to you either around May and/or Post-Festival