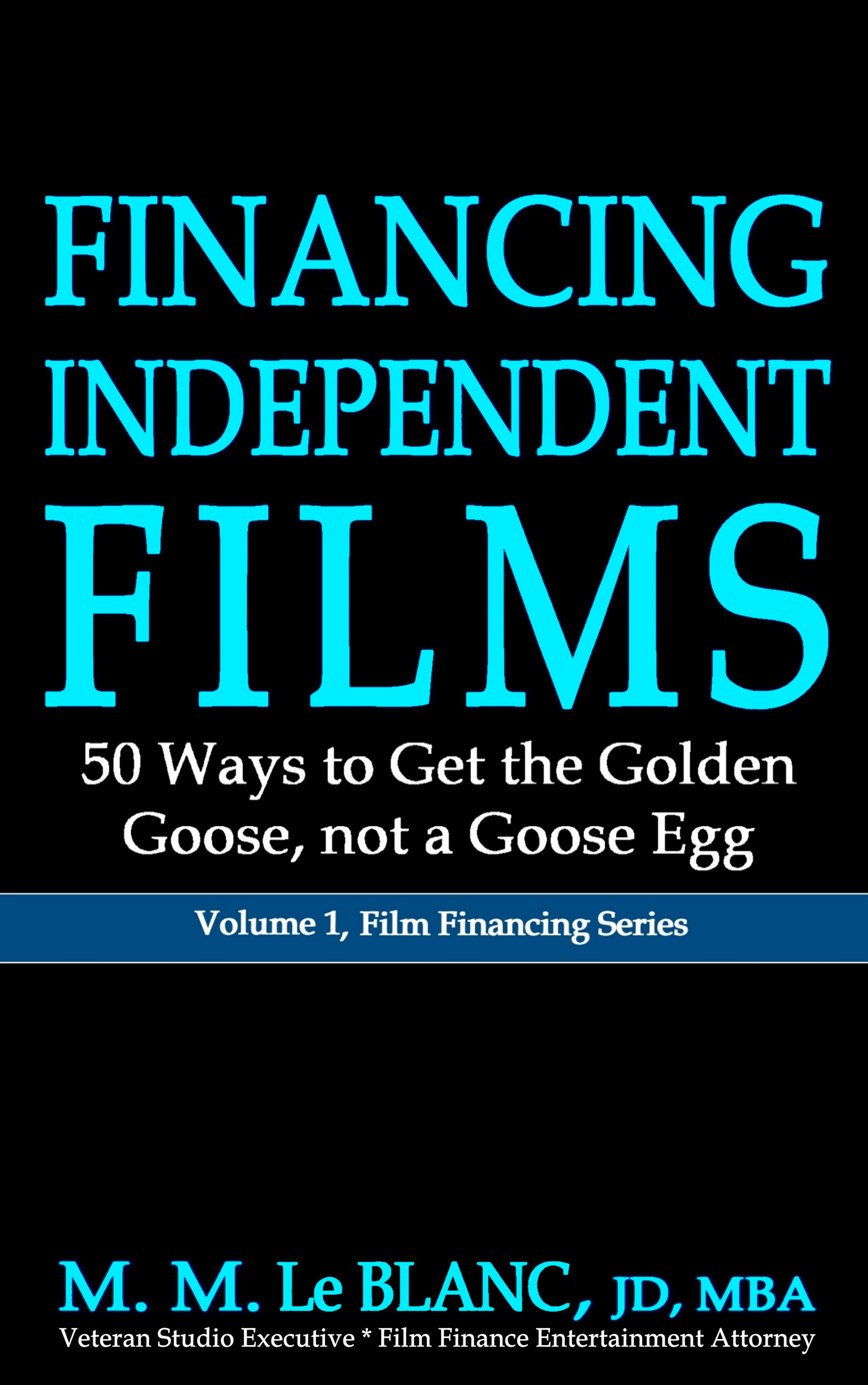 FINANCING INDEPENDENT FILMS,50 Ways to Get the Golden Goose

A MUST-HAVE book for anyone who wants to raise money for a film. This is the definitive book providing 50 different ways to obtain film financing for indie features, shorts and docs.

Read additional informative Chapters on Business Entities (from DBA's to Loan-out Corporations); Choosing the right Film Sales Professional; Questions to ask an Entertainment Lawyer; Options and Acquisitions of Literary Material, including Book-to-Film Adaptations; and much more.

Bonus materials include a Film Financing Checklist to use and re-use, a sample Chain of Title and over 175 resources, including grant resources, film industry publications, blogs and websites, and entertainment associations, unions and guilds.

This book shows fifty ways to make or reduce your production budget, including "soft dollars" and free money like tax credits, rebates and other incentives.

This book is for you if you are a screenwriter producer, filmmaker, director, executive producer, film student, film school educator and anyone who needs financing for a film!

Written by Hollywood studio executive and film financing attorney, who is also an award-winning author of over 12 books.