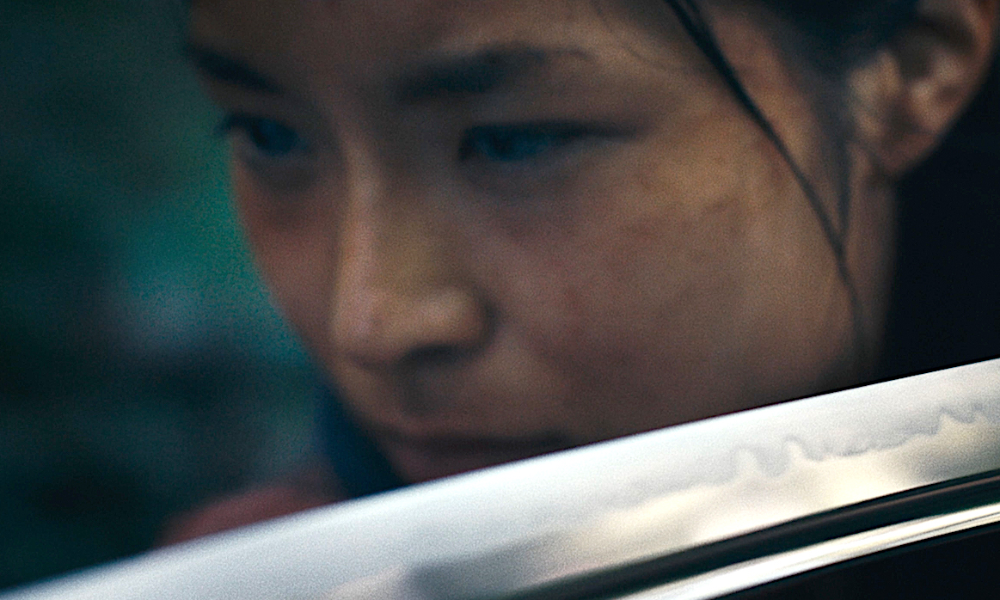 In the beginning, there was the short film. Then it grew into something bigger. That’s exactly what filmmakers Akiko Izumitani and James Mason did when they entered their short film Yae: Blind Samurai Woman in the Hollyshorts Film Festival in 2022. As a followup to the story, they co-wrote the pilot episode of a limited series of the same name illustrating Yae’s (Yuwi Kim) backstory as part of a TV series.

Akiko and James formed a unique creative collaboration with Akiko focusing more on the specificity and logistics of Samurai culture and James more on the mechanics of screenwriting to tell a richly-layered epic tale of… a blind Samurai woman.

Mason’s initial interest in Samurai was stoked by the movies of Akira Kurosawa. “I was a kid watching all the great Samurai movies,” he said. “I’m a huge fan of Blind Fury starring Rutger Hauer,” joked Mason.

“A number of years ago, I approached Akiko because I always wanted to write a Samurai movie, but it was never the right time,” recalled Mason. The duo met at a writers group in Los Angeles and a partnership was forged. Initially, they put together an outline of the story and wrote scenes individually. Then they exchanged notes and the rewriting phase began in full spirit. 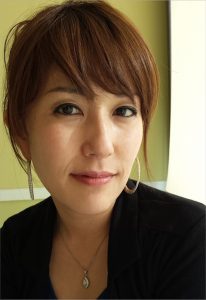 Izumitani wanted to make Yae: Blind Samurai Woman with a slightly different goal in mind. She went in with the idea of writing a short film she could direct. After she met James, they bounced around a few Samurai story ideas and Yae had her first breath in screenwriting life.

Akiko took a more pragmatic approach to filmmaking. She knew she always to wanted to make a Samurai film, but was unsure how Los Angeles could fill in for 18th century Japan. Then there was the issue of finding Samurai sword practitioners who could also act. Accepting the challenge, they shot their film in the Los Angeles Forest which doubled for Japan.

Izumitani attended several sword training classes in search of her cast. “They were mainly men who tended to be better than the girls and I wanted to make a film about a woman,” she added, furthering her complications.

Unfazed by this setback, Akiko went back to the first principles of the story. She wanted to tell a story of a blind Samurai woman, who had her own unique style of sword choreography. “She could fight freely and didn’t have to stick to the traditional Samurai fights in both classes or real life.”

Yae’s blindness is integral to the story. Izumitani also realized the difficulty in finding a suitable actress who could be trained in sword fighting in a short time, but they persisted.

After they found their Yae, Mason suggested they enrich her character by linking her blindness to healing powers. “This opened up the windows to who Yae really was,” continued Akiko. Yae’s improved powers of healing were linked to her diminishing eyesight. “This created the drama in the story.”

While they were location scouting for the film, Akiko saw a blind lady hiking along a Los Angeles Forest trail which sparked her curiosity. “I don’t often see blind people walking in town, but she was hiking along the trail.”

Izumitani stuck up a conversation with the blind hiker and learned that she become blind later in life. “It’s fascinating to me how blind people see and feel the world as they are losing their eyesight. You touch things very differently at each level of blindness.” She spoke of an example of a blind person being able to tell where there is a wall based on the surrounding sounds. This was the basis for Yae’s character. Akiko then considered how to make this phenomenon visually interesting.

She also watched a few videos on the relative vision sight-impaired people have as part of the research process. Some objects are blurry and dim and others can’t be seen at all.

This is more than a physical transformation for Yae. It’s a spiritual one too. “Yae’s seeing the world in a different way. This changes her perception and perspective of the situation,” said James.

Yae also relates to people differently than a sighted person. When she confronts Masa (Masanobu Okamoto), the man who killed her father, she tricks him into thinking she is weaker and more vulnerable than she really is. Masa isn’t aware that Yae’s father trained her to be a Sumurai and easily accepts her challenge to a duel.

Yae manipulates Masa when she leads him into the darkness for their showdown. Her speech is measured and noble, but underneath it conceals her inner rage.

Yae’s dilemma is that losing her sight isn’t inevitable nor entirely outside her control. “Her healing powers come with a steep cost,” said James. “Some people won’t do anything if there is a cost, but Yae is willing to go blind to help people. This elevates her character,” he continued.

Mason’s long-term love affair with Samurai movies and Akiko’s growing up in that culture made for an authentic story. “I watched Samurai movies every week and knew it made good entertainment,” she said. She further researched the culture and the world and the Edo Period in Japan which spanned from 1603 to 1868. She noted the differences in how Samurai fighters are portrayed on screen as opposed to real life. 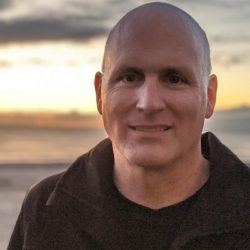 Yae: Blind Samurai Woman was born from a marriage of two cultures. The film was made for primarily an American audience and the characters speak English. It was a fruitful collaboration because Akiko could lean on James in terms of what a western audience might understand and vice versa.

18th century Japanese culture is a rich and epic tapestry. Thematically, the film explores something that both eastern and western cultures can relate to – letting go and breaking the cycle of violence. Yae has the opportunity to kill her father’s murderer, but she declines the opportunity. “It’s honourable to avenge your father’s death, but it creates a cycle of violence,” said Mason. “It doesn’t have to be that way. We can show another path,” added Izumitani.

Akiko is keen on exploring alternative points of view in her work. “I wanted to explore how one kind of justice can be evil to certain people. Each character has their own justice and nobody was wrong in this story. Everybody is a good person, but faced unfortunate circumstances. Yae has a choice.”

Short films can serve multiple purposes. They can exist as a self-contained art form in their own right or they can act as a trailer for a feature or TV series. “I wanted this to play like Star Wars Episode 4, where we allude to a world before this,” said Mason. They explored this previous world in detail in the pilot episode of their TV series. “We had an ending that was appropriate for a short film, but in the TV series, we had to adjust that so the story could continue.” There’s a natural progression of how the two main characters come together. They visited characters they referred to in the short film. “You could live with these characters more in an eight episode limited series,” continued James. “We can explore the richness of the world in a TV series and allow the characters to breathe. There are many action-based fight scenes, but we can now add room to explore them more deeply.”

Akiko confessed that there are shades of her in Yae. “People automatically think that because we are girls we are weak and compliant. But we have passion and explosive feelings that come out when needed. We’re very independent with strong personalities.” 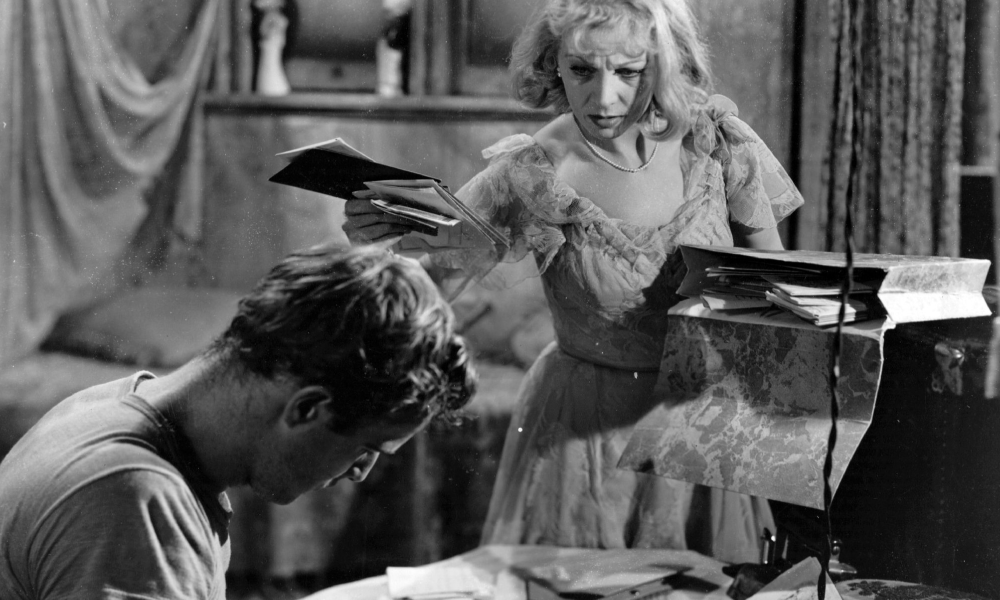 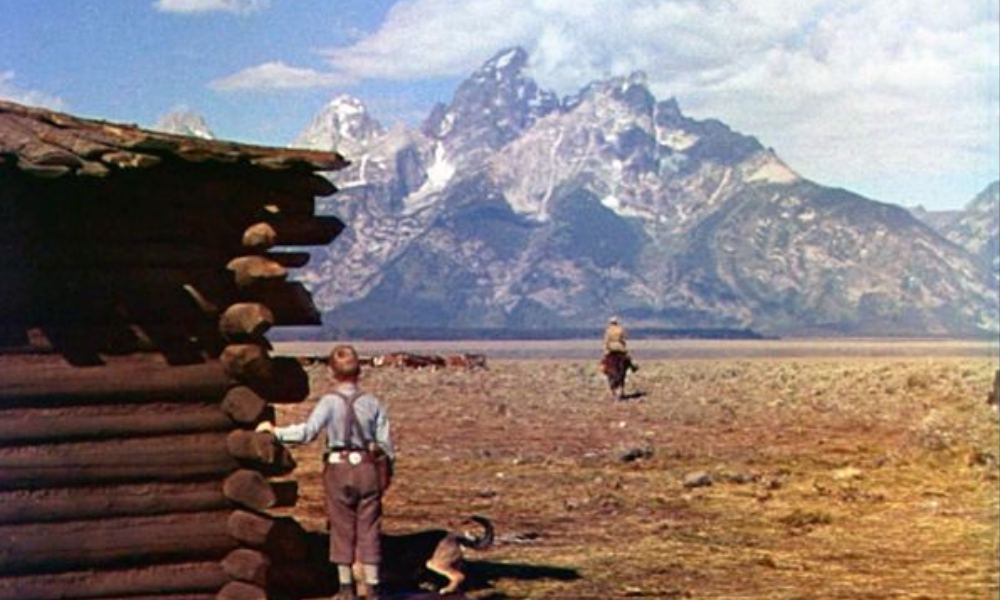