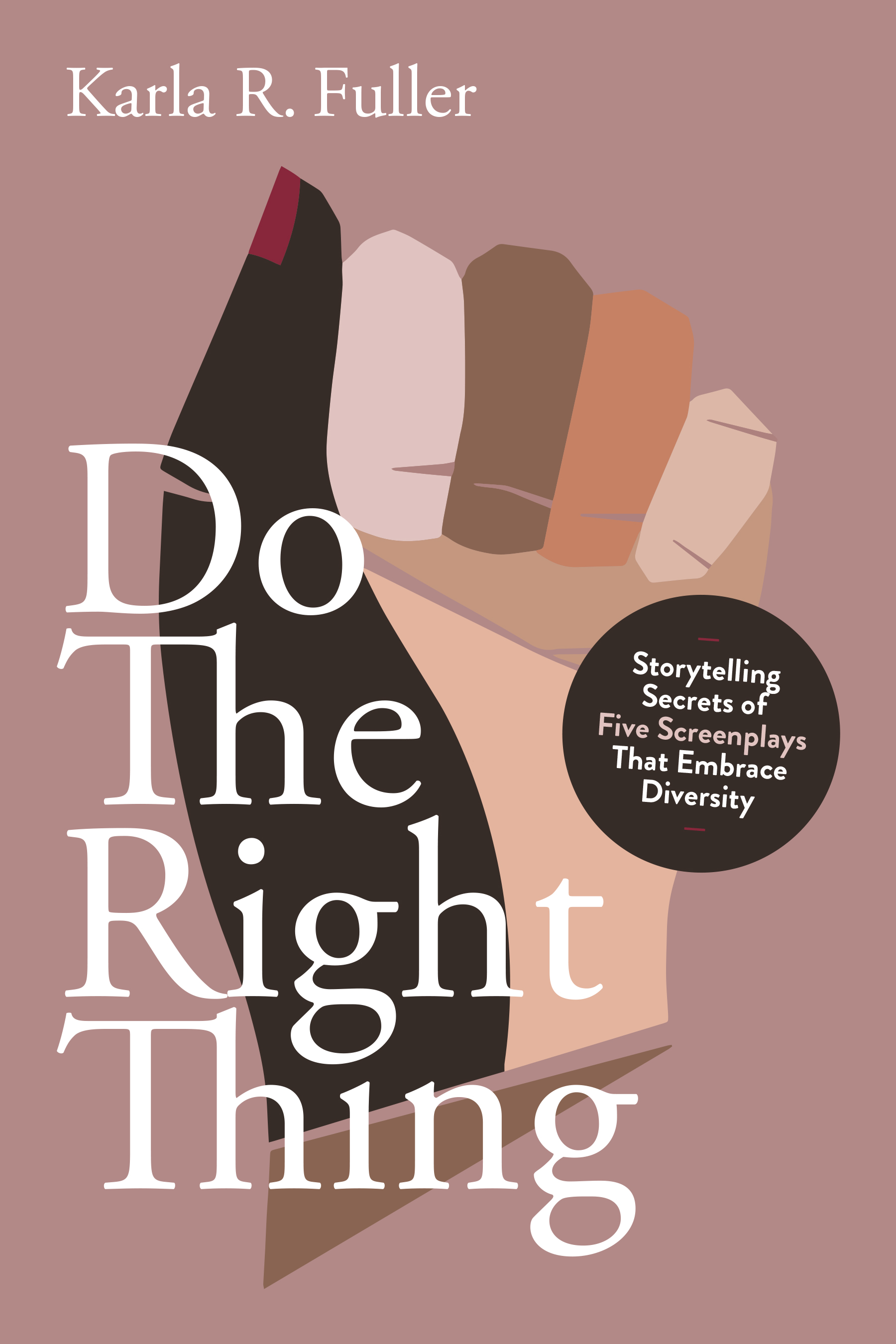 “Listen to the Voices of the Folks Who Know” Author Karla Fuller on Her Book ‘Do the Right Thing: Five Screenplays that Embrace Diversity’:

“I never saw myself as a writer per se,” confessed author Karla Fuller, “but I loved film and discovered it while I was an undergraduate. I was looking for books that were interesting to me and I couldn’t find them. I thought I was going to have to write it myself. I found that I had a lot of say about it.”

And that’s exactly what she did. Karla R. Fuller is known for two books: Hollywood Goes Oriental: CaucAsian Performance in American Film and Do the Right Thing: Five Screenplays that Embrace Diversity.

“I really did feel that I had a message. This book, Do the Right Thing, was always inside me. I believe that.” The five films discussed in the book are Moonlight, Get Out, Mudbound, Roma, and Always Be My Maybe.

Fuller teaches a class called “Culture, Race and Media.” In that class, students discuss different issues every single week. One week, they showed the ending montage from Spike Lee’s Bamboozled. “It’s stunning in the worst possible sense. You get image after image after image.” 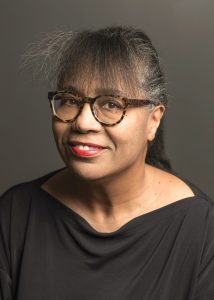 She said, “I’m convinced that anyone who sees that will get the historical stain that blackface has.” The video shows a combination of white actors in blackface and racist animations throughout history.

“I think we see it now because people don’t understand the history.” In just the past few years, sometimes shown as satire, Blackface has been dug up from recent shows like Mad Men, 30 Rock, and Scrubs, among others.

In Fuller’s first book, she was interested in YellowFace, where the cover shows an image of Mickey Rooney as Mr. Runioshi in Breakfast at Tiffany’s. “Yellowface was related to Blackface, but it went on longer, much longer, as a Hollywood practice.”

Do the Right Thing

“Mainly I’m a Film Historian / Screenwriter,” Fuller said, “but I wanted something more recent and more current with this latest book.” She chose these particular movies because they were “fairly recent” and “fairly diverse.”

“They were diverse not only in terms of people of color being behind the creative team, producing the films, but also diverse in terms of genre and approach. I tried to get samples of diverse perspectives and I think we did a good job.”

What else made these films so interesting is that they were all expected to be white noise. “On every project, the filmmakers thought no one would come. They thought, only my family is going to come see this. That’s what Barry Jenkins said about Moonlight. So there’s a humility about projects that are smaller in scale, but also personal.”

The same is true for Roma (2018), the story of a housekeeper, Mudbound (2017), a film about racism in Mississippi after WWII; Get Out (2017), a thriller about an African American man visiting his girlfriend’s white parents for the weekend; and Always Be My Maybe (2019), an Asian romantic comedy. 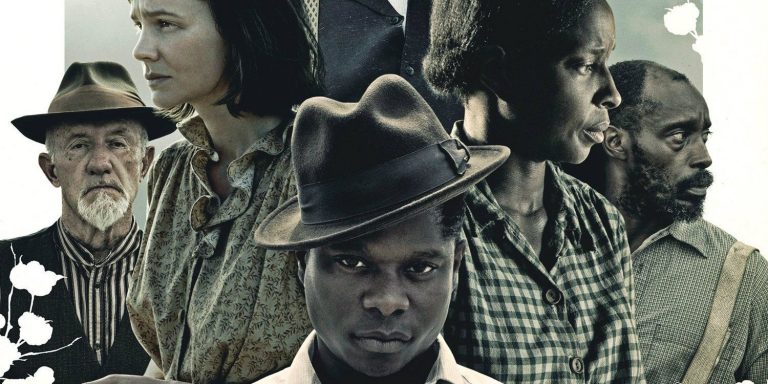 All of these films go deep in terms of character and cultural heritage. This is the opposite of many commercials, where the minority influences are essentially cosmetic only. “It’s like overnight, we have commercials populated with people of color and interracial couples.”

Fuller jokes that all top marketing companies woke up one day and said, “We’ve got to look diverse.” She added, “I do think that’s just a marketing ploy. However, when I think about audiences like children, who aren’t the target of the ad, it’s a great thing for them to see. It’s modeling a world they would probably like to live in.”

Two examples Fuller mentioned were Hidden Figures and Green Book. “There were perspectives that were there and available, but they said ‘No.’”

Be Respectful of Consultants

For films, there are fewer opportunities to bring in diverse voices, unlike a television writers’ room, which can have a dozen or so voices pitching in. To help solve this issue, Fuller recommends consulting with experts.

“I tell my students that I’m not trying to limit your stories. You observe people of color and read about the history that can fascinate you. I do think that people should approach the subject, if it’s outside their direct experience, with a bit of humility. Think, I would like to do this but I really do need to consult with others.”

This doesn’t mean bringing in someone who doesn’t understand screenwriting to work on your script. Instead, she recommends more of a consulting type of role through conversation, intimate questions, and humility.

“If that’s not part of your vision, it should be,” said Fuller. “It’s not about populating a writer’s room. You can populate a writer’s room and not listen to everyone’s perspective. It’s about listening to the voices of the folks who know. Make an interpretation that’s an informed interpretation.”

Another issue, perhaps an unknown issue in screenwriting, is that screenplays are ultimately concise, so how does a writer display nuances of culture in a shortened form? Is this a question for writers or more for directors and actors?

Fuller’s solution for this can be found in the screenplay for Moonlight. “He was very specific about his character’s descriptors. One of the characters was listed as Afro-Cuban. I really think he made that distinction, not to show off, but because he was from the Florida area and knew the different groups. Then, it becomes a plot point.”

“It’s a teachable moment. It would come from someone whose direct experience can become part of the story. Small, subtle moments. You don’t hit them over the head with it. If it’s there, it’s important. If it’s missing, it’s problematic.”

For novice screenwriters hoping to add more minority characters to their stories, or characters they’re unfamiliar with, Fuller said one way to learn an unconscious bias comes back to basic screenwriting rules.

In some ways, Hollywood has also tried to move forward with similar initiatives, such as their new standard for “On-Screen Representation.” Some backlash for this came in the form of limiting films like Christopher Nolan’s Dunkirk, which is mostly white since it’s a historically accurate representation of Allied soldiers in Belgium.

“There were probably not a lot of black people,” joked Fuller about Dunkirk, “in that situation. However, I think the initiatives include people behind the camera. It’s not just about casting people and throwing someone against the wall. People are learning the craft, even if it’s not a film about their particular group.”

Since movies are still much more expensive than most shows, Fuller said we’ve noticed more room in television for diverse stories. Specifically, we discussed FX’s lineup of shows like Atlanta, Reservation Dogs, Mayans, and Snowfall.

“I do think there’s a lot more room in television, but I’m not ready to give up on films. I think that films can have an impact that television doesn’t quite have. That’s my bias,” she joked. “I’ll own up to it, but I think we need it all. And the best filmmakers also do television and fiction.” 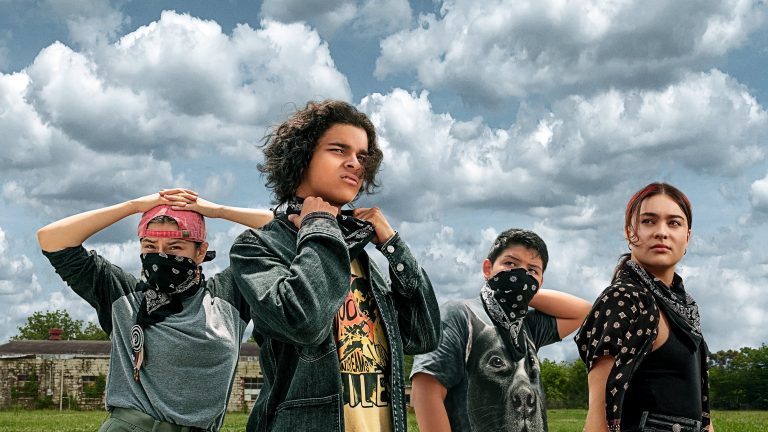 “I’m not trying to limit anyone, but I don’t want to say let’s go to TV rather than focus on film. It’s all part of the landscape of filmmaking or media making. It’s very specific to have a credible character and a credible story. Characters don’t live in isolation or in a vacuum. That’s what happened with Sidney Poitier’s films, where he would be the only black person — lacking a community.”

Some similar pitfalls from cosmetic changes come in the form of two problems. “One is that you need to consult or collaborate. The second is that you put in someone who is one-dimensional, thinking the whole reason they’re there is because of their gender or sexual orientation or race. Those are two big mistakes that I find in my students’ work.”

She continued, “But I also find a real openness to collaborate because they have humility about it.” One example for this was a white female writer working with a black male producer to tell a story about a black man. “Open your circle if you’re interested in stories that are more diverse. If you’re going to populate your movie, make sure they’re multi-dimensional.”

Fuller’s last bit of advice was to get to the universal through the specific. “It sounds like a contradiction, but you get very specific with a particular experience or journey that a character is making [and make it universal]. A lot of people can relate to Roma, relate to Moonlight. You’re not black. You’re not gay. But we’ve all had those adolescent growing pains. If you do it well, people will be able to relate to it.”
Topic(s):
Character Development, Coaching, General Craft, Interview, Structure
Originally Published:
Creative Screenwriting Magazine