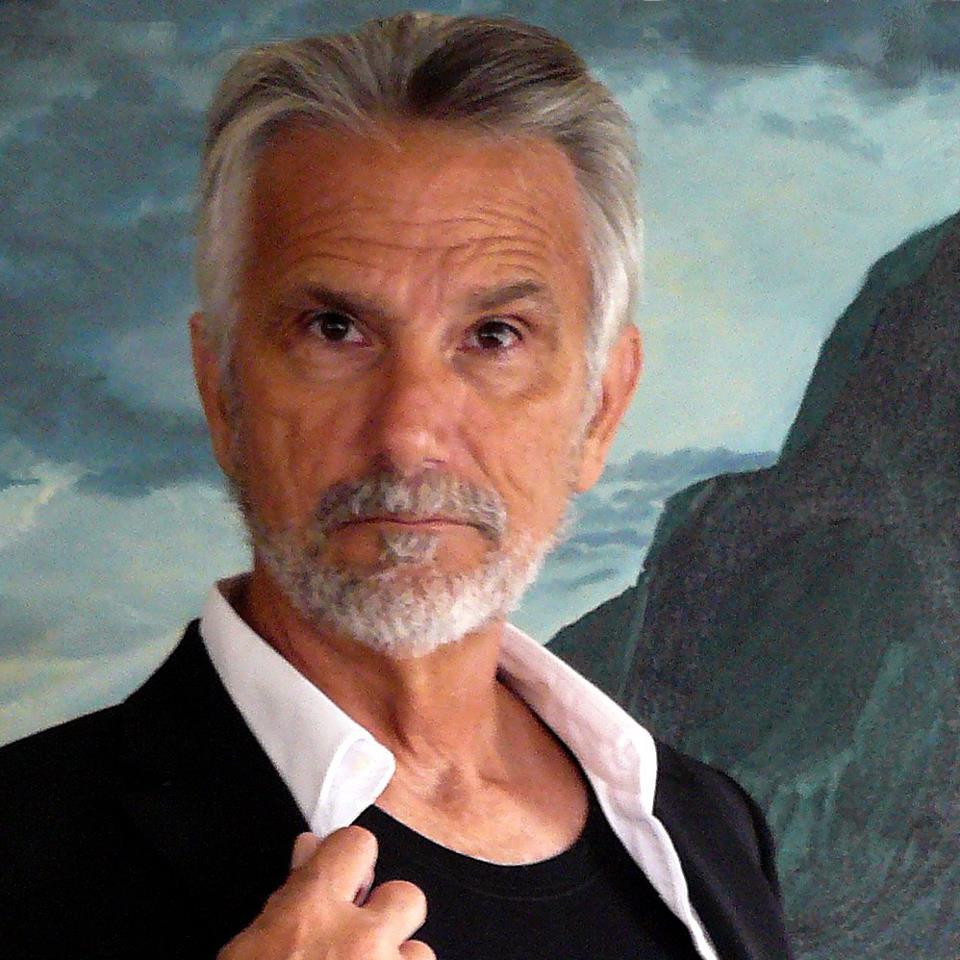 By: Richard Alvarez
CHAOS CHAINED - the Limited location Sci-Fi thriller written by father-son team, Richard & Travis Alvarez, was awarded a SILVER REMI in the Sci-Fi / Fantasy Screenplay competition. It was previously a "Second Rounder" at the Austin Film Festival. In the near future, execution is outlawed and mass murderers are kept in isolation at a desert prison. An idealistic young prison guard watches over the Chaos Killer. As protocol begins to break down, she fights to discover if they have the right prisoner, and prevent the death of untold innocents, including her own wife and daughter. The script has a 'Black Mirror' vibe, and was co-written with Travis Alvarez a professional game designer.
More Success

By: Richard Alvarez
Richard Alvarez's Dramatic/Action retelling of the Don Quixote tale garners an award. Ink & Cinema's "Rebel Seed Studios" named DON Q a winner in their screenplay contest for scripts adapted from Novels, Songs or other Sources. Placing as "Winner" out of more than a thousand entries. This is the ninth award, the fourth this year for DON Q, including SemiFinalist in ScreenCraft Public Domain and Austin Screenplay competitions, and Official Selection in Filmmatic Drama Screenplays. Logline: A bizarre accident sends a middle-aged jouster into a fantasy world, where he struggles against imaginary foes on the streets of San Francisco. Assisted by his teen-aged squire he confronts the demons in his past as well as those of the present
Tags: Don Q, 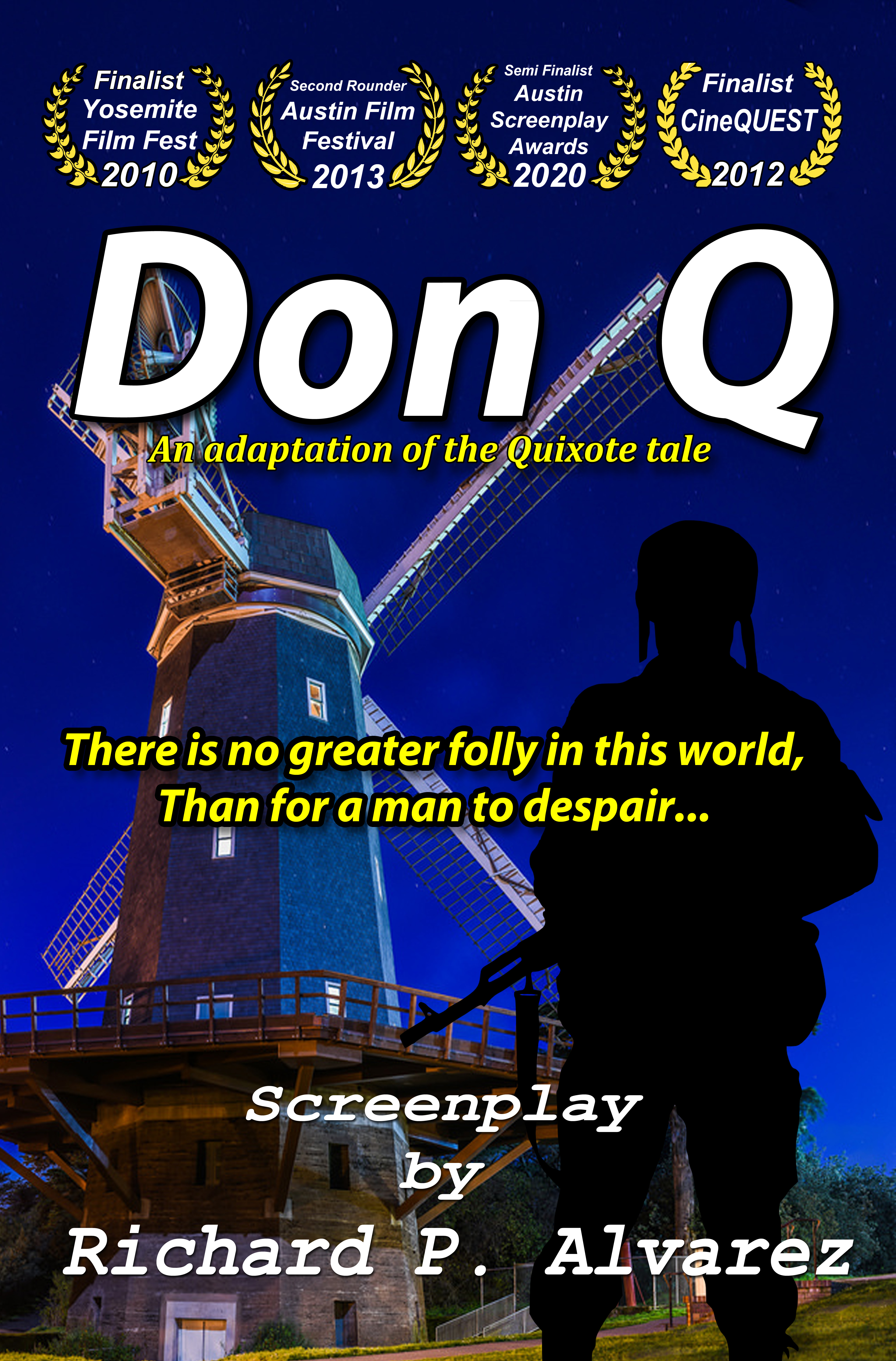 Palisades Nevada, Richard Alvarez’ multi-cultural western based on an unlikely but true tale of the old west, has advanced to finalist status in two more screenwriting contests. Screen Craft’s PUBLIC DOMAIN Screenplay Contest and The Wild Bunch Western Film and Screenplay Competition have both advanced the script into their finals with winners to be announced later in September and October. 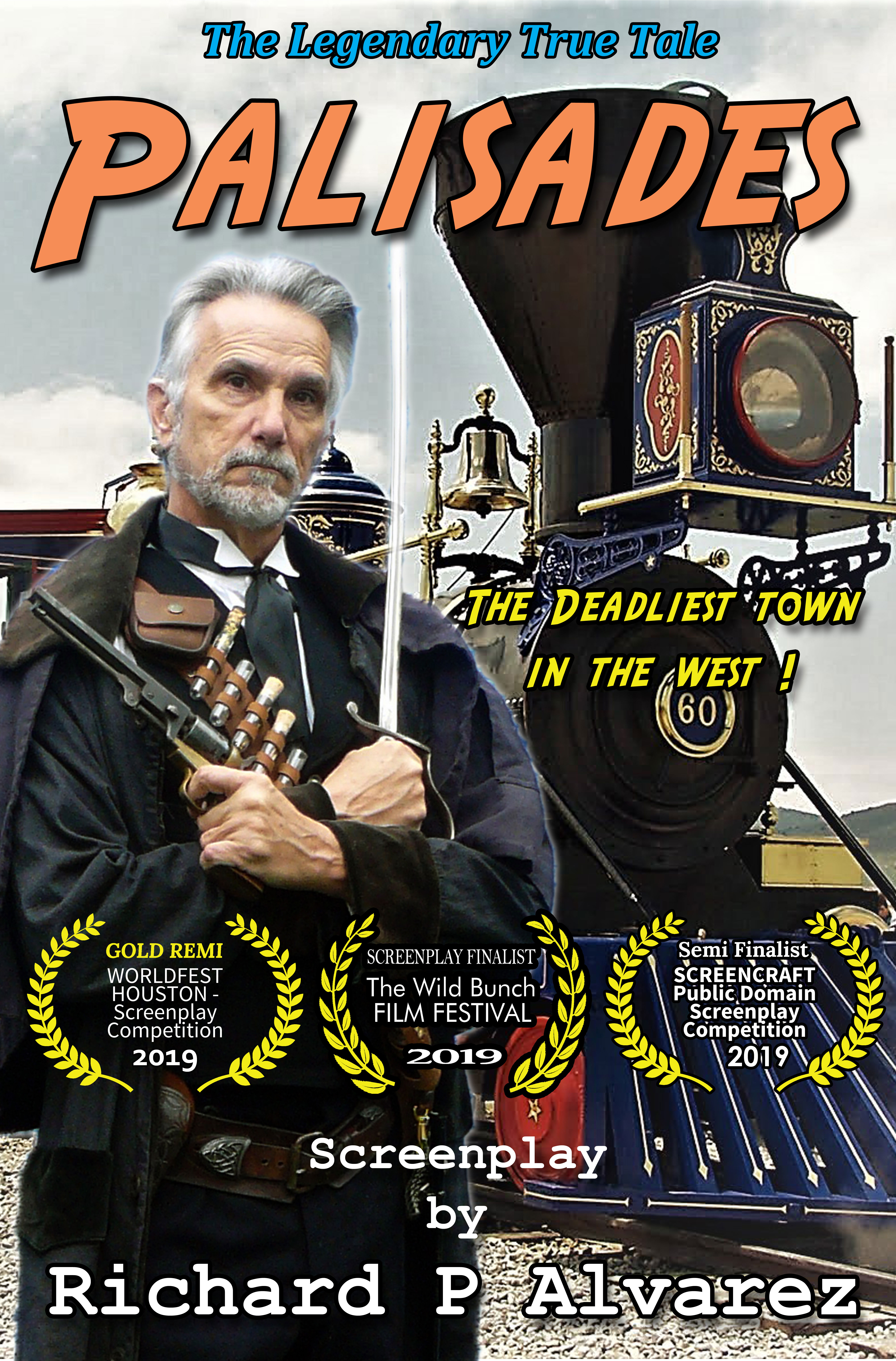 THE MAN IN THE LINEN SHEET wins Gold Remi

By: Richard Alvarez
Another Gold Remi award for Richard Alvarez. THE MAN IN THE LINEN SHEET - a spiritual/sci-fi script took first place in the 'spiritual' screenplay at Worldfest Houston International Film Festival. The screenplay incorporates the intersection of quantum mechanics with faith to examine a bible verse that hints at the possibility of time-travel. "To save the only woman he has ever loved, Andrew Everett must choose between a universe of science, or one of miracles."
Tags: The Man in the Linen Sheet, Worldfest Houston International Film Festival(3rd Place) 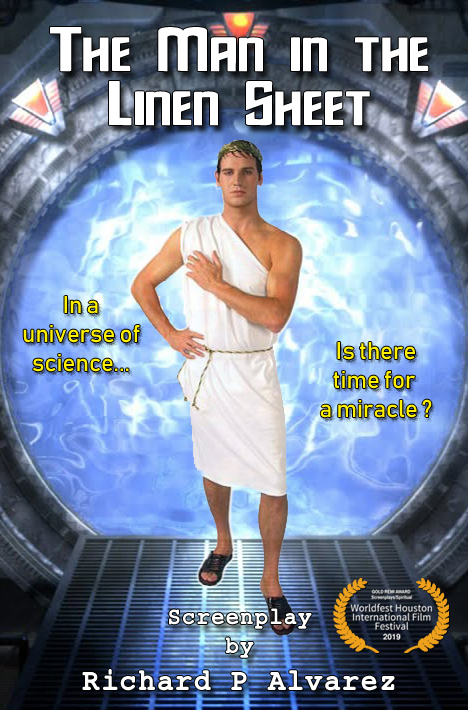 By: Richard Alvarez
Richard P. Alvarez short script ONE SHOT wrapped production in Atlanta in February. Directed by Chris Miller and produced by his company Rellim Entertainment. Look for it on the festival circuit later this year.
Tags: One Shot, 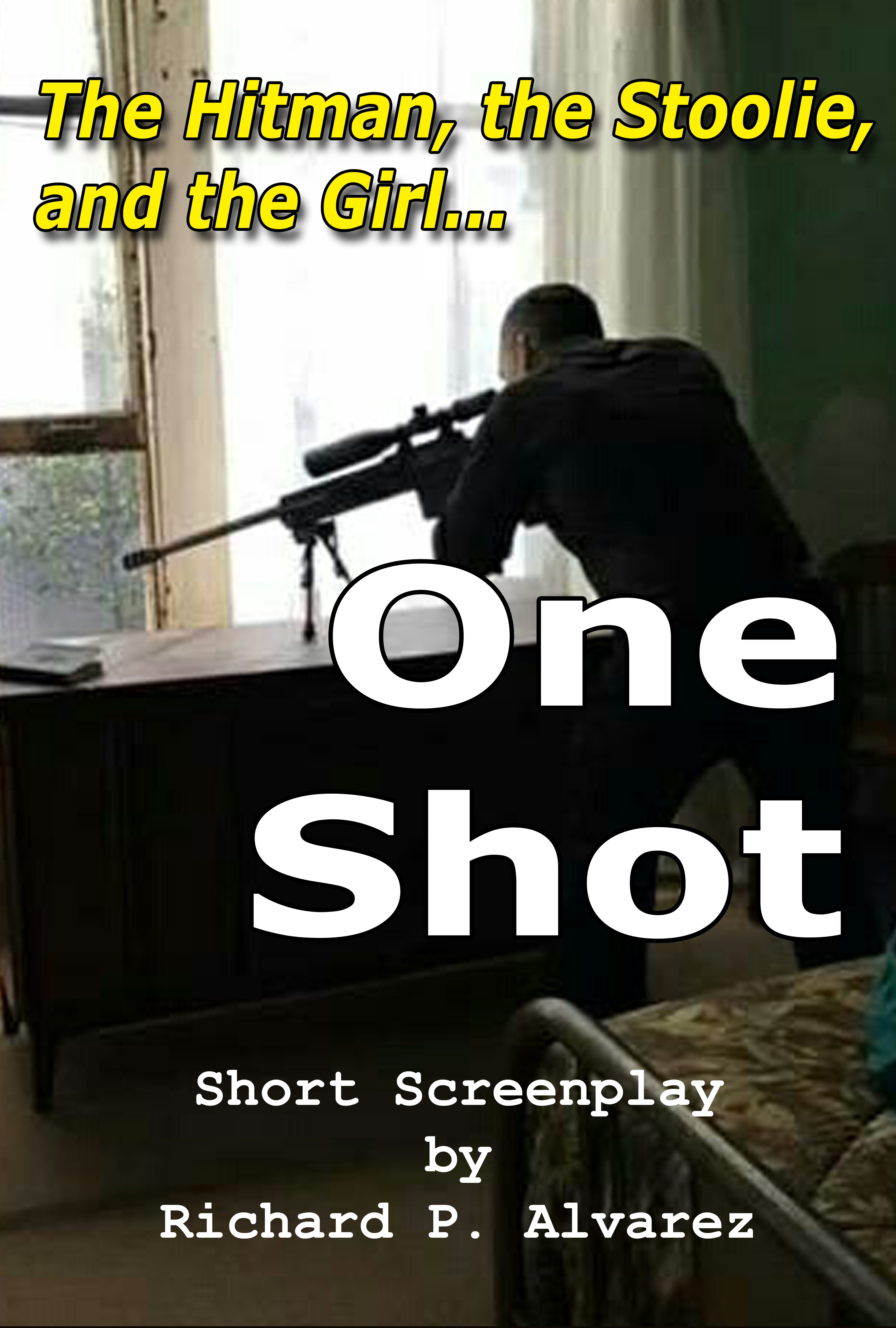