James Cameron’s screenplay Avatar is an outstanding example of using many structural tools and devices successfully in one script.

In addition to the overall structure of your screenplay – the three acts, the five key turning points and the six stages I discuss in my lectures and on The Hero’s 2 Journeys video set – plot structure also involves employing as many structural principles, tools and devices as you can throughout your script.

James Cameron’s screenplay for Avatar is an outstanding example of how these techniques can be used in every scene to maximize the emotional experience.

1. Every scene, event and character must contribute to the hero’s outer motivations.

Pick any scene in Avatar and you’ll see that it either moves Jake closer to his goal of protecting the Na’vi or closer to his desire to win the love of Neytiri, or it creates obstacles to those goals.

2. Make each hurdle and obstacle your hero faces greater than the previous ones.

The conflict in your story must build, becoming greater and greater as you drive the reader toward the climax.

Obviously, learning to use his avatar is not as difficult for Jake as surviving in the jungles of Pandora. And that’s not as difficult as becoming a Na’vi warrior or leading the Na’vi in battle against Quaritch’s powerful army.

3. Accelerate the pace of the story.

Act 1 of Avatar contains a lot of narration and exposition as Jake arrives, learns about Pandora and his avatar, and talks to Grace and Quaritch. 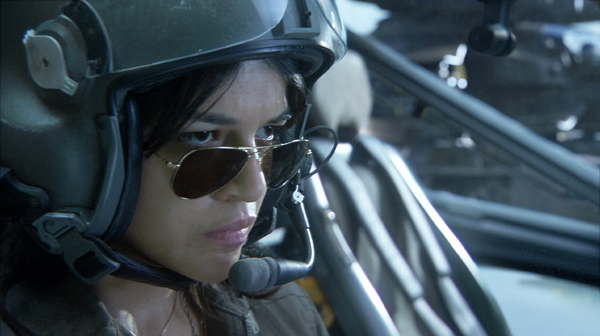 Act 2 has a lot more action, as Jake is taken through Na’vi “boot camp” by Neytiri, captures and tames a banshee, makes love with Neytiri, and escapes the attack on Hometree.

And of course, Act 3 is pretty much one big battle sequence, with moments of conflict coming at our hero and the Na’vi in rapid succession.

Because of its futuristic, faraway setting, Avatar requires a lot of exposition. But Cameron skillfully presents all this information in the first act of the film, before the pace needs to be accelerated and the conflict shifted into high gear.

He also amplifies the emotion by creating some conflict (and the anticipation of conflict) in each scene. Instead of dry lectures about Pandora and avatars, we hear what a hostile place it is from the nemesis Quaritch, who then secretly recruits Jake as they prepare for battle with the Na’vi. And as Jake is given his introduction to avatars, Grace gives him a hard time for being a marine and not knowing anything about science or what they are doing there.

4. Create peaks and valleys to the emotion.

The big action sequences in Avatar are interspersed with quieter scenes of Jake recording his video-log, talking to others at the base camp, getting language lessons or learning about Pandora from Neytiri.

These moments allow the audience to catch its breath and to begin anticipating the next big conflict. They also prevent the movie from becoming one monotonous action sequence.

Audiences and readers want to try to guess what’s going to happen next — they just don’t want to be right all the time. And while surprises and confrontations are often brief, anticipation can be prolonged almost indefinitely.

6. Give the audience superior position.

This means providing the reader and audience with information that some of the characters don’t have yet.

James Cameron tells us that Jake is under orders from Quaritch before Grace figures it out; we know Jake’s hidden agenda regarding the unobtanium before the Na’vi do; we know Selfridge has ordered Quaritch to attack before Jake and the Na’vi do; and we know Jake is falling in love with Neytiri before she, her parents or Tsu’tey are aware of it.

All these instances of superior position create anticipation of the conflict that will result when the information we have is revealed to the characters in the movie.

Audiences don’t want to anticipate everything that happens in your screenplay. Sometimes you have to jump out and go “boo!” to keep them alert and involved.

A number of events in Avatar aren’t anticipated: Jake simply taking off and running in his avatar body; the encounter with the hammerhead titanothere, followed by the unexpected attack by the much scarier thanator; Trudy rescuing everyone from lock-up; the creatures of Pandora coming to the Na’vi’s defense in their battle with the mercenary army.

This principle is even more important in a comedy, thriller or horror film, where reversals create humor, shock and fear.

Don’t explain everything in your script as soon as it happens. Readers and audiences love puzzles, and relish trying to figure out who committed the murder, how the hero plans to overcome the conflict, or what a character’s true motives are. 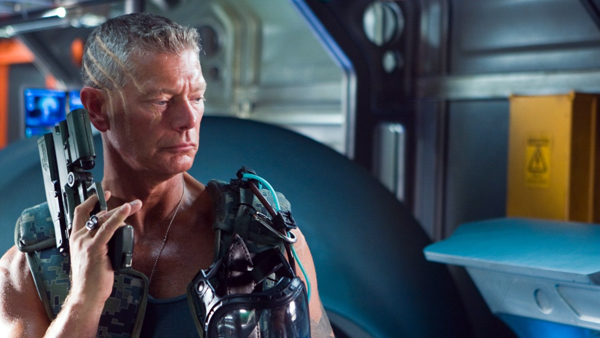 In Avatar, we’re curious about how Jake and the Na’vi will ever defeat Quaritch and his army. But earlier in the script we’re curious (among many other things) about what makes Pandora so threatening, who fired those arrows, when and how Jake will find and tame his banshee, and how he will win back the hearts of Neytiri and the other Na’vi he betrays.

In the clip of the trip through the Hallelujah Mountains, we’re curious about what the excitement is about, we know the team is headed there without Selfri and Quaritch knowing, we anticipate what trouble they might encounter, the fog they encounter en route add to the jeopardy, we’re surprised by what we see that defies gravity, and the trip is connected to Jake’s outer motivation of infiltrating and protecting the Na’vi. Pretty impressive for one short scene.

9. Foreshadow your characters’ actions and abilities.

Foreshadowing is simply my term for adding credibility to your story by revealing information before it seems important, which prevents your story from seeming contrived or illogical.

Very early in Avatar, we see or hear that Jake is a marine with combat experience, that avatars are big, strong, fast and nimble, and that Na’vi warriors are big, strong, smart, courageous, skilled flyers and great hunters. Quaritch’s mercenary army is large and well armed. He’s skilled at “driving” an amp suit. Trudy is a skilled pilot. Jake learns the Neytiri’s great-great-grandfather united the clans by taming and riding a leonopteryx.

Every single one of these facts is introduced well before it becomes critical to the story. And they all add credibility to the characters’ later actions.

Repetition allows the audience to compare where the hero is at any given moment in your screenplay to where he was the last time we encountered that particular item or phrase.

The word “heart” and the phrase “I see you” are heard repeatedly throughout Avatar, as Jake moves from a life of blind duty and despair into living from his heart, connecting with himself, with others and with a higher power.

And each time we see Jake add to his log or enter the link unit, he has moved a little further away from the person he was at the opening of the film.

11. Pose a Threat to One of the Characters.

Everyone in Avatar is in danger at some point — it’s an action film. But as an example, consider how concerned we are about Grace’s survival after she’s shot. 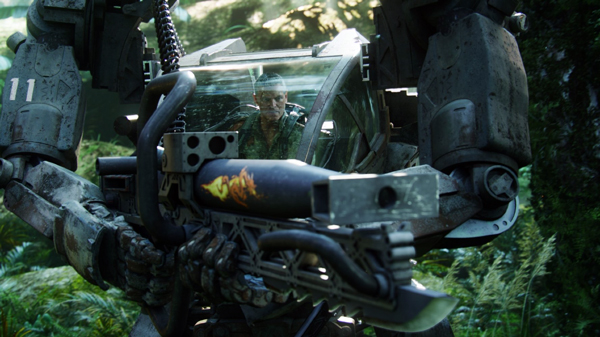 And remember that this principle applies to all films, not just adventures and thrillers. Always force your characters to put everything on the line in the face of losing whatever is important to them, whether it’s money, a job, a loved one, dignity, acceptance or their own destiny.

The shorter the time span of your story, the easier it is to keep the audience involved.

Early in Avatar, Quaritch tells Jake that he has three months to get the Na’vi to leave their home or the army of mercenaries will attack. This condenses the time for the story, it announces how long the story will last, and it creates a ticking clock that greatly increases the conflict for the hero.

Remember that line at the beginning of the script about the breathing mask? (“You lose your mask, you’re unconscious in 20 seconds and you’re dead in four minutes.”) This creates a severe ticking clock at the climax of the script when Jake is unable to reach his mask and passes out.

With each successive draft of your screenplay, review each scene and employ as many of these 12 powerful principles wherever you can. This will help ensure that you’ve maximized the emotional involvement of your readers, taking you that much closer to selling your script.