8 Keys to Writing a Marketable Script

1. ONE GENRE TO RULE THEM ALL

I recently sat through a webinar where writers were given the opportunity to pitch their concepts. One lady stuck out to me because she described her project as a suspense, thriller, and comedy, with horror elements. She then went on to pitch her story, which I didn’t comprehend at all, because I was fixated on figuring out what the hell is a “suspense, thriller, comedy, with horror elements?”

Producers love a clearly defined genre. Their marketing team will know exactly who their target audience is and how to sell to them. One of the biggest mistakes novice writers make is attempting to shove too many genres into their script. Some genres are a natural match, like romantic-comedy, or even action-comedy, but when you start going beyond that, you really run the risk of birthing some un-cohesive mess. If your target audience is “everyone,” then your true target audience is “no one.”

2. TOO MANY EXPLOSIONS EQUALS “PASS”

Recently, a young scribe writing an action movie asked a budget question on an online message board. His script was full of car chases, explosions, and exotic locations, which are all common set pieces for the action genre. Our young writer wanted to know if he should trim some of these action sequences to trim the potential budget of his script. He received a wide array of answers. One of them stuck out to me, “let the people financing your movie worry about it.” At that moment, I knew we were all doomed.

It is the WRITER’S JOB to worry about budget. No, a writer does not need to know the exact budget of their script, nor should they hire someone to figure this out for them, but they should have a budget range, and that range should be micro-to-low (if they are un-established). Studios do not take unsolicited materials and they rarely take chances on unknown writers. Independent producers, on the other hand, do take chances on new writers, but not with big budgets. Your script has a much greater chance of being optioned, purchased, and even made if it is affordable to produce. That means no exploding whale carcasses, no wild car chases through the streets of Cairo, no crazy special effects, and no massive scenes that require five hundred extras and three city blocks being shut down. For bonus points, write something that takes place in one or two location with five or fewer characters.

Film titles are fun and can be iconic. Some titles help to set a spooky tone, such as the horror title, The Exorcist, while other titles give you the concept, such as the 40-year-old Virgin or Jurassic Park. On the other end of the spectrum, we see generic titles such as The Call. Sure, I can probably guess that this is some type of thriller, or maybe even a horror movie, but the only thing I can garner from the film’s title is that a phone call will be placed…and something life-changing may or may not happen based off of the contents of this call. I’m already bored out of my mind. Shoot me now.

Take the time to think about the title of your film and how an audience will react when they see or hear it. Great titles get attention from producers and executives. Great titles suggest genre and concept. I don’t need to tell you the concept of Wedding Crashers, because the title says everything that needs to be known. Think of blue-collar Joe. Some random guy who just worked a sixteen hour day and stumbles upon a Red Box machine. He loves him some action flicks and is looking for something new that grabs his attention. The Red Box machine doesn’t show trailers or give a detailed synopsis of any film, it just shows a tiny little poster and the title of the film. Joe finds two action films he’s never seen before and has to make a choice. The first one is called Termination Island and the second one is called The Room. With no additional information available, which one do you think he’s going to choose?

It’s as true today as it was in the time of Shakespeare, a dramatic audience craves an emotional journey. Any great marketable project has a main character that goes through an emotional struggle and changes throughout the course of the film. It’s called character arc, and it is a necessity.

Each individual genre tends to have its own unique tropes. Audiences expect a specific type of experience, depending on the genre of film they are viewing. It’s important to understand the unique conventions that go along with any individual genre. The one thing that every great film has, is characters that demand an emotional response from its audience. Whether it’s Billy Bob Thorton playing a degenerate Santa Claus, trying to find his place in the world, or a shifty private detective trying to do some good for a change, if the audience doesn’t care about the characters they are watching, then you will lose them. Same thing goes for any producer or executive evaluating your project or script.

5. SUPPORT YOU CAN COUNT ON!

Having a multidimensional protagonist and an equally thought-out antagonist is essential for any great script, but don’t forget about everyone else.

There is a reason why they give out a golden statue for the best supporting actor and actress, and many times it is these roles specifically that get a film green-lit. Actors are always on the lookout for great roles, even if they are not starring, and producers are no different. Many projects get made simply because an actor is attached, and actors can become attached for a variety of reasons that don’t necessarily have to include a personal relationship. Great scripts have a knack for finding its way around town, and great scripts have great supporting characters, with unique voices, opinions, and traits.

6. WHY IS EVERYONE HUGGING?

Conflict. Conflict. Conflict. If you don’t have it, then you are dead in the water. There’s really not that much to say about this. Make sure that your project is chock full of drama, whether it’s a horror movie or coming-of-age. Conflict and drama don’t necessarily mean explosions and gun battles, it can be the inner conflict of a mother and her child that is being taken away by the state, or a wrestler who can’t enter the ring because one more bump to the head could end their life.

Don’t coddle your protagonist. Throw him to the wolves with nothing but a cigarette lighter and his wits. Put your characters in unfathomable situations with the least amount of options. For bonus points, give your protagonist two terrible options that he has to choose from.

7. WHY IS THERE A KETCHUP STAIN ON PAGE SIX?

You are constantly being judged. Every step of the way, on every page and with every word choice. That is the reality of this business and it is for a very good reason. Producers and executives receive thousands of scripts, touted as, “the greatest script ever!” and ain’t nobody got time to read them all.

Professionalism matters, proofreading matters, and formatting matters. There are dozens of books, available on Amazon.com, that explain, in painstaking detail, what a professional script looks like. Overworked producers are always looking for a reason to pass on having to read something, and an unprofessional presentation is at the top of the “throw this script in the trash” list. Why? Because some non-structured mess, written on a cocktail napkin, hints at an unprofessional writer, who has not taken the time to study his or her craft. If a writer can’t do something as simple as slug a scene, then how the hell can they possibly execute a well-structured story? 99.9% of the time they won’t and nobody is going to dig through a pile of garbage just to search for that diamond in the rough.

LAST, BUT MOST IMPORTANT

8. DELIVER ON YOUR CONCEPT!

Marketable films tend to have marketable concepts, such as one night a year all murder is legal (The Purge), but imagine if nobody was actually killed in The Purge? The writer would not have delivered on their concept. If your film is about a baseball player, then he or she needs to be playing baseball (and it needs to matter). If it is about the reincarnation of Jesus as a traveling circus freak, then there better be some circus shenanigans going on (btw, DO NOT make a Jesus incarnation movie. You will never sell it and nobody will ever read it. Just FYI).

Many scripts fail because the writer wanders off into some underdeveloped subplot that doesn’t directly support the main plot/idea of the film. Make sure that every scene in your film ties directly to your plot. Don’t force things. Don’t try to shove a skateboarding competition scene into a surfing competition movie simply because you like to both surf and skate. Stay focused and keep writing.

written by - Martin Gomez, contributor to the Film Consortium 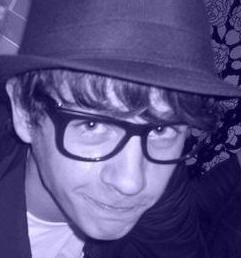 I'm an actor, a musician, a writter, a poet, and a director. I'm a creative person, amateur lifetime, thinker and art critic who things whatever messages we need to see.