Agent 355 was a female undercover spy that George Washington used during the Revolutionary War. She was part of the Culper Ring (Ladies’ Division) from 1788 – 1780 and her identity was never determined to this day.

Although not based on the American Revolution, the new action film The 355, co-written and directed by Simon Kinberg does feature a curious female spy to drive the action known as Lin Mi Sheng (Bingbing Fan). Screenwriter Theresa Rebeck (Trouble, Smash) spoke to Creative Screenwriting Magazine about getting her all-female spy story on screen.

Apart from Agent 355’s infiltration of the British High Command at the time, there is little information documented about her life. This mystery didn’t negatively impact, the film The 355, but it did serve as a foundation for an all female spy thriller.

In 2018, Rebeck received a call from her manager asking if she wanted to discuss the project with Jessica Chastain (who plays Mason Browne). “Jessica was looking for a screenwriter with a strong sense of female psychology. Someone who could write from the inside out. Not just writing action sequences.” Rebeck certainly fits this bill since The 355 is more than five elegant women saving the world.

“I [Theresa] met with Jessica [Chastain] and her producing partner Kelly Carmichael who were putting several projects together. They brought up The 355 and asked me to write a modern day story where all the spies were women,” she recalled. “Jessica had already tested the waters with 355 at Cannes.” The response was lukewarm, as is often the case with female-led action thrillers.

“Frustrated by the misogynistic whiff of Cannes, Jessica Chastain didn’t get the response she sought despite the fact that she put together a package to sell the project. She pitched the movie poster as a movie about five international female spies with an invisible woman spy as the doorway into the contemporary world.” 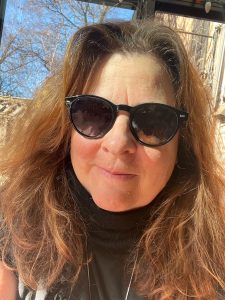 Chastain had already garnered interest from Penélope Cruz (who plays Dr. Graciela Rivera), Bingbing Fan (who plays Lin Mi Sheng) and Marion Cotillard who later left the project and replaced by Diane Kruger (who plays Marie Schmidt). Given that The 355 was little more than a poster and a logline at the time, Chastain asked Rebeck to write a treatment outlining the movie based on several story meetings they had.

Jessica Chastain had suggestions about her character, Mason “Mace” Browne. The other actresses also provided input on their characters. Theresa had about a month to write a thorough 25 page treatment so Chastain could return to Cannes and sell the expanded package.

After the sale, Rebeck had a few months to write a solid draft of The 355. “The process was independently financed, so it was exciting not to have a whole lot of studio people giving you notes.” The development process ran smoothly from there, apart from the time crunch Theresa faced.

There was a bumpy moment when the team considered reinventing the whole movie idea from scratch. Rebeck wasn’t sold on that approach, so she wrote another 5 page treatment based on the feedback she received about her first draft and incorporated them into the next iteration of the story. Theresa didn’t want to write another script because there would be two competing ideas for The 355. “We committed to the original idea so it could grow like a tree. We just made it more complex.”

Mission Impossible, The Bourne Identity and Ronin were key inspirations for The 355. There was a lot of globe hopping and many complications in different countries which appeared in The 355. “I also looked to Ronin for inspiration because other franchises can lean so hard into the action side of things and it can get a bit silly. With the five women in The 355, I wanted to look at the relationships between the women working together to add a more psychological tone to it.” This is the secret sauce to engaging the audience.

There was little doubt that the action film franchises are dominated by male characters with little character exploration. The 355 had to be mindful not to simply give its characters female outfits and names and call it a female-driven film. “One of the things Jessica and I discussed a lot is, when women are saving the world, there is something more personal about it. We wanted Graciela  to have children and the women to have family lives.”

Simon Kinberg added his stamp on the script when he came on board as a director and co-writer. “He wrote the opening sequence of the film where the female spies are running around the jungle blowing things up. Simon also got more detailed about the drive controlling a secret weapon and the person buying it.” Kinberg was a natural fit to direct The 355 since Jessica Chastain and Simon worked together on X-Men: Dark Phoenix and The Martian.

A major part of the development process included giving each character unique traits and arcs and not always being a member of The 355. The film steered clear of the “bro-quipping, fist-bumping” common in male-dominated action films. 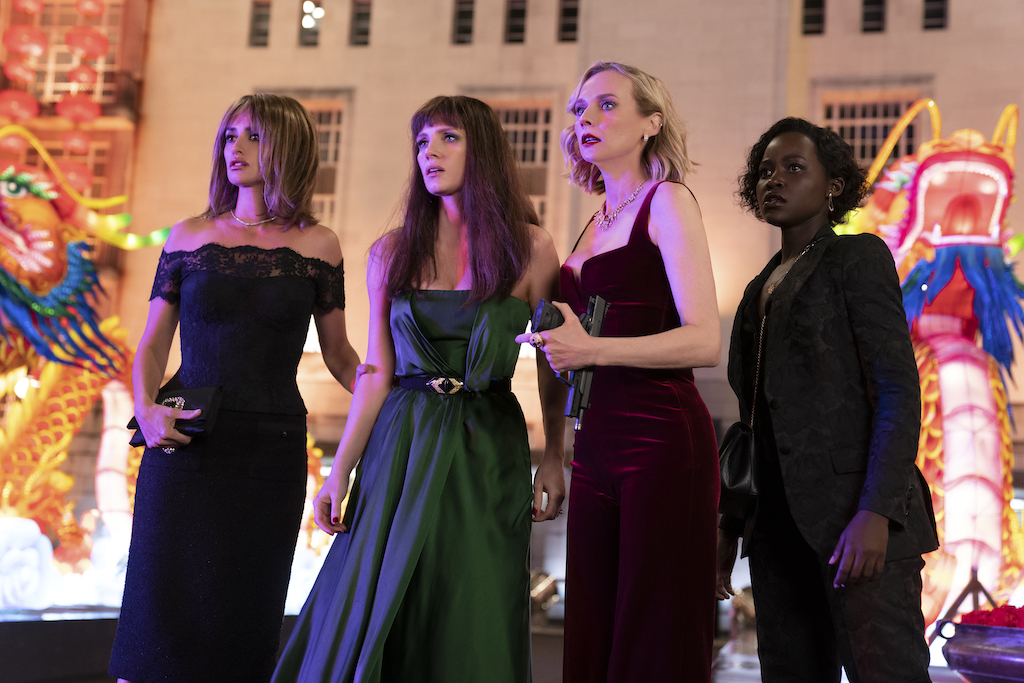 “It was clear that Mace felt responsible for the catastrophe for the run and jump,  failed disk exchange resulting in a motorcycle change. She was in love with her partner and had to admit it to herself and make things right.”

Mace was instrumental in bringing the rival team together starting with her previous relationship with Khadijah Adoyo (Lupita Nyong’o). She was an Ethan Hunt type character with something reckless about her. Khadijah was transitioning into teaching, but Mace convinced her to utilize her superior technology skills and join the team. The domestic life she craved was put on hold.

“Marion Cotillard’s character folded into Marie Schmidt’s character. Marie was extremely reckless and put at loggerheads with Mace. She was often blamed when things went wrong. She was the black sheep of the team.” Marie suffers from PTSD and makes even worse decisions than Mace. “We kept what happened to her in the past hidden as long as possible. That makes her a danger to the team.” Her mental state made her a worthy of Graciela’s services.

Graciela wasn’t a spy at all. “She was an industry shrink. She’s a fish out of water because her family life in Colombia is disrupted when she gets dragged into The 355.” Initially she resents the call, but her sense of duty drives her to complete the mission.

Lin Mi Sheng is the secret civilian agent tracking the spies’ every move. “She was brought into the business by her father who was high up in the ranks in the Chinese Secret Service.”

- We wanted to build individual female characters with psychological realities

Once the mission was complete, the women would disband and return to their home lives. Perhaps they might reunite in the future should the need arise.