How dramatic films appeal to the primal instincts within us:

I know of writers who like to pen very intelligent scripts. These scripts can be clever and witty. They often contain skillful wordplay and philosophical premises. But often, no matter how well-written, these scripts fail draw in the reader. They are like museum pieces. They have aesthetic value, yet can only be observed from a detached distance. The scripts’ intelligence is not the problem. Rather these writers often overlook an essential element of dramatic storytelling. They try too hard to appeal to the audience’s intellect, but not enough to their GUT. Great dramatic stories work on a gut-level. They hook audiences into the narrative and compel them to feel personally involved, not so much by the facts of the plot of the appeal of the characters, but by a far more powerful impulse so basic that most viewers do not understand it. The ability to appeal to this impulse is known as VISCERAL storytelling. 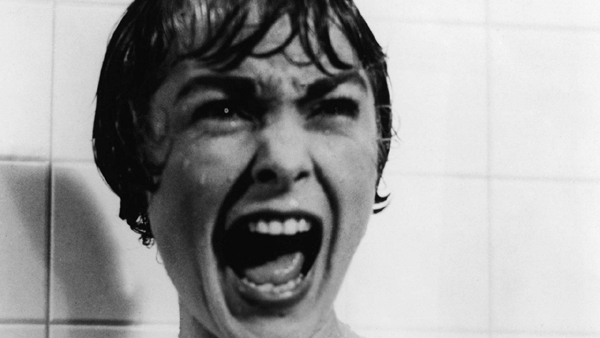 Stories are found pleasurable by an audience when they fulfill certain psychological needs. Three types of need, in fact. The audience feels tension when these needs are triggered, and then satisfaction when they are fulfilled. The first of these are intellectual needs. When stories stimulate curiosity, problem-solving skills, or the desire to seek out greater meaning behind physical events, the audience experiences intellectual pleasure. The second are emotional needs. If viewers are able to attach their sympathies to a character, they will not only feel emotion for the character, but with and from the character as that character reacts to the story’s events. Yet, as satisfying as the intellectual and emotional may be, they have never been the cinema’s real draw. What has always grabbed the audience, made them care about a story, made them excited by events and desperate to know their outcome is something far more primal. Instinct. Visceral storytelling elicits the most excited of mental states such as fear, anxiety, and passion, by appealing to the most primitive instincts usually hidden in the dark corners of out minds.

To understand the power of the visceral, it first helps to know why viewers possess three separate levels of psychological need in the first place. The answer appears to lie in the structure of the brain itself. In the 1960s, neuroscientist Paul D. MacLean popularized a theory on human brain evolution known as the “Triune (or three-tier) Brain.” 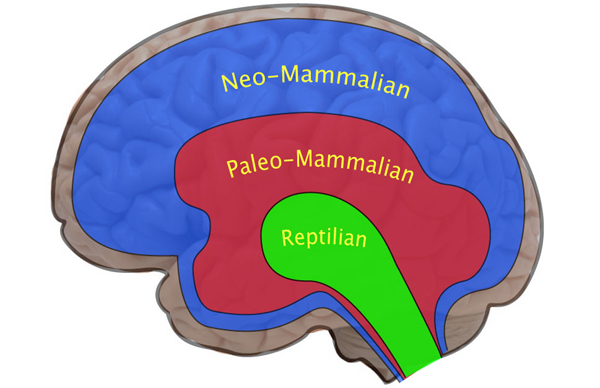 The Triune Brain According to MacLean, as human beings evolved from the lower animals, our brains never abandoned the more primitive structures possessed by our ancestors. Instead of changing the brain completely, evolution simply added new layers on top of that which already existed, like scoops added to an ice cream cone. Though still a topic of debate amongst scientists, this theory can suggest much about our film-viewing experience.

In MacLean’s model, the road to our modern minds began eons ago with the simple brains of prehistoric reptiles (and the same brains still found in fish and reptiles today). Incapable of emotion or higher cognition, these brains functioned by non-thinking instinct based upon the simplest commands. Eat. Mate. Run. Fight. Protect. These were useful instincts. They helped ensure basic survival. Therefore, evolution retained this basic brain in later species (including humans) in what is known as the “Reptilian Complex.”

Within time, mammals came to dominate the planet due to the development of larger brains containing a second layer known as the “Paleo-mammalian Complex.” Mammals stand apart from fish and reptiles by their ability to form emotional bonds with their fellow creatures. Mammals are able to show affection, especially towards mates and offspring, and often demonstrate a willingness to create social relationships. Because of this distinction, the Paleo-mammalian Complex is thought to be the seat of emotion. 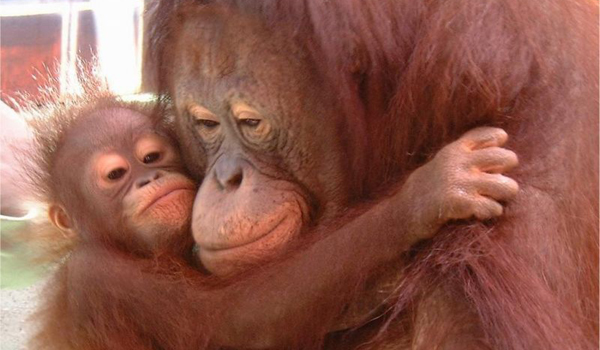 Human beings became the intellectual creatures we are today with the addition of the large “Neo-mammalian Complex” on top of the two pre-existing layers. Research shows that the Neo-mammalian Complex provides the higher cognitive abilities that separate us from the animals, such as language, abstract reasoning, and the ability to strategize long-term goals. With this final layer, human beings were able to explore, understand, and control their world.

Here is the point: Though we humans have large, sophisticated brains, and like to see ourselves as thinking, feeling creatures, deep inside the basement of our minds there still lurks the brain of a reptile that continues to behave not by logic or emotion, but gut instinct. When triggered, this visceral brain still has the primal power to override all higher rationality. This is why otherwise calm and intelligent persons can panic when in danger or be driven to violence if strongly provoked. The visceral grips the mind in an excited, irrational state – a sensation not unlike what we feel when held in the grip of a great movie. Though our rationality should tell us the film is fake, our hearts still pound, our blood pressure rises, and we cannot tear our eyes from the screen. A great film makes us slaves to our reptilian minds. 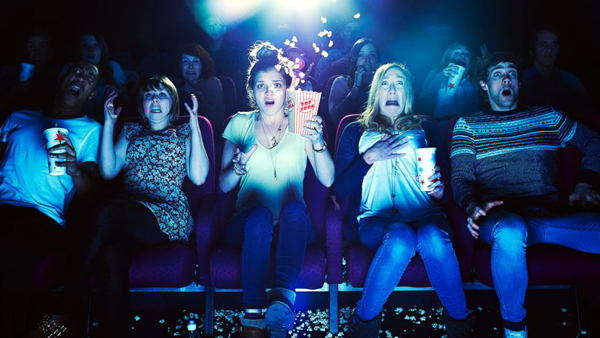 Great storytellers manage to exploit the power of the visceral by presenting situations that trigger the primal instincts that remain hardwired into our brains. But what are these instincts? If one observes animal behavior, it becomes clear that life revolves around one thing: survival. Nature is harsh, and death is always around the corner. This forces creatures to be forever preoccupied with either the search for food, successfully mating before one dies, or running for one’s life. To put things simply, the survival of the fittest has honed animal instincts down to either LUST or FEAR. “Lust” here does not necessarily have a sexual connotation. Though the urge to procreate is among these instincts, lust can be defined as any undeniable urge to fulfill a physical or deep-seeded behavioral need. We have all heard of a “lust for food,” a “lust for power,” and even a “lust for life.” All are expressions of irrational impulses to fulfill a deep, primal, often unexplainable craving. “Fear,” as used here, hardly needs definition. It is the compulsion to avoid personal harm.

Though we may now be “civilized,” millions of years spent struggling in the wild have formed habits which are impossible to break. Lust and fear still trigger our strongest instincts. The most gripping of stories take advantage of this. Great visceral stories are about survival through aggressive action. They are a constant alternation between fleeing and seizing. This is not necessarily limited to physical survival (though this is the strongest and most commonly used). This could be translated into issues of emotional or spiritual survival as well. Regardless, basic needs of survival or primal desires must be fought for or defended to excite visceral instincts. When cinematic audiences see characters they care about thrust into such situations, the audience will have their own visceral instincts triggered by process of identification. They will feel the same irrational urge as the characters. 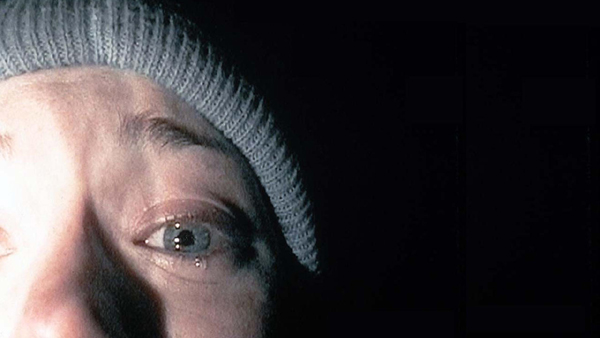 The use of the visceral in genres such as horror or action is obvious. Here, characters constantly encounter life or death situations. However, the lust and fear provides the basic drive for great drama in all genres. For example, in American Beauty, Lester Burnham (Kevin Spacey) is driven by lust: for his daughter’s friend Angela, for freedom, for physical pleasure. Carolyn Burnham (Annette Bening) is driven by fear as she fights to maintain her position of power in the family. In Amadeus, Mozart is driven by a lust for recognition as well the crippling fear of his disapproving father. Salieri does all he can to ruin Mozart out of the irrational fear that Mozart’s very existence is meant to destroy him. The Graduate, as mundane its world may seem, is filled with lust and fear throughout, from the first panic Ben feels towards Mrs. Robinson’s advances to his final mad dash to steal Elaine away from another man. The intellectual and emotional may have a strong presence in all of these films, but the visceral is at their heart. 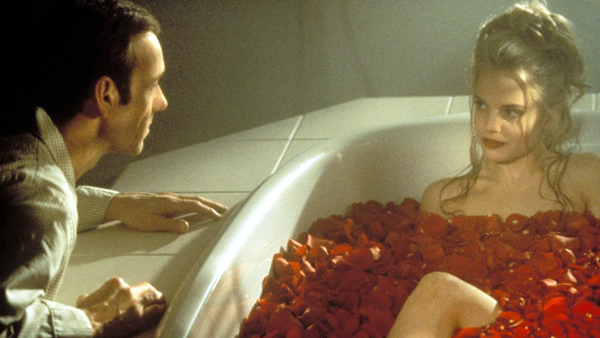 But what of the intellectual and emotional needs? How do they factor into a great cinematic story?  A horror or action film may provide shocks and thrills by focusing primarily on the visceral, but such a limited experience will always feel simplistic or low-minded. The problem with our three-tiered brains is that our minds are constantly producing multiple simultaneous and often contradictory needs. Great cinematic stories can push dramatic discourse to higher dimensions by recognizing the ways these needs can interact and conflict. How this occurs will be the focus of my next article, Heart, Mind and Gut: Visceral Storytelling Part II.