Manager/ Producer Peter Katz who heads Story Driven entered the film industry as an independent producer and has worked with some industry heavyweights including Adam Wingard (Home Sick) and Tobe Hooper (The Texas Chainsaw Massacre).

His current client roster includes G.O. Parsons who wrote Willy’s Wonderland starring Nicolas Cage and Brad Keen whose script Smart House is produced by James Wan at Lionsgate. “I focus on storytellers who work in the genre space across a range of media including film, TV, comic book writers, and podcasters who work in horror, thriller, science fiction, and crime,” he said of his current slate requirements.

Being a manager with a producing background means Katz knows what a project needs to bring it to the screen. He’s also acutely aware of how the pandemic has changed the industry, possibly forever – especially pitching to producers and financiers. “Pitching on Zoom in a twenty-minute slot is an entirely different experience than pitching in person. You have a shorter time to articulate your idea and you must be precise.” 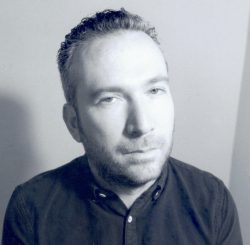 Apart from pitching, Zoom is now also be used for screenwriters to build their personal industry relationships and get their work out there. Although it’s even more challenging to produce films and television during the pandemic, Katz suggests using this time to explore additional writing avenues such as audio dramas.

Katz is primarily driven by an incredible concept before he’ll even consider taking on a new project. “Writers don’t need to completely redefine the genre, but they need to explore it in a different way.” Screenwriters should “know the space” and know how they’ve innovated or subverted the genre. “Your script needs to have a unique personality to it as well as be unique on a conceptual level.”

“You can’t simply be different for the sake of being different. It needs to tie into a bigger theme or greater meaning.” You could write the next hitman or ghost movie, but it needs a particular take that defines your voice.

Peter Katz also advised screenwriters to do some preliminary “pre-production” work before pitching their material. They need to understand how their screenplays might fight into the current industry landscape. This might include the scope of your film, a potential budget range, and some business revenue model. Granted, this is largely the producer’s job, but screenwriters need to be familiar with the production process.

Apart from an easily pitchable concept with a hook and a business model, writers should also think about the business and compare their script to it. If there hasn’t been a ghost story or crime family film in a few years and you’ve written one, pitch your screenplay in terms of filling that gap in the industry. If there has been a slew of films in the genre you’ve written in, pitch it in terms of successful comparable films and a willing audience. However, be aware of market saturation. Screens can only handle so many similar films at a time.

Know which producers might potentially be interested in your story on a conceptual and business level. Even if a producer passes, they might refer it to other people who can advance it.

Peter Katz recommends screenwriters first focus their screenplays on a conceptual level to refine their voice and then examine the business possibilities. That said, writers should be also writing toward an existing business model. Writing a screenplay is only the first step in the process. Getting it produced is the next step.

Having a business model in mind shouldn’t preclude screenwriters from writing their passion projects. Writers need to be in the right mindset and work in the overlapping space between the two. Writing passionlessly with only the market in mind will never yield a good screenplay, let alone a good film. Choose your projects wisely. 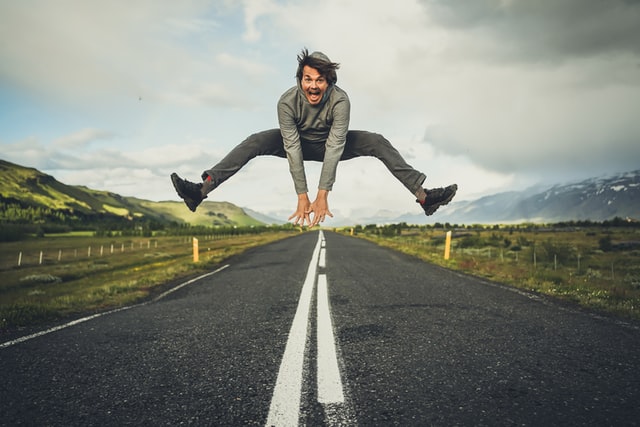 If screenwriters intend to pitch to Story Driven, they should begin with three big concepts. Hopefully, at least one of them will get Peter Katz and the industry at large excited about your project and you as a screenwriter. “Your pitch will help producers understand the specificities of your story, the context, and your voice as a writer. The industry needs to know what your script is and what it’s not.”

Writers can pitch at a variety of stages. If you have an established record and are well known you may be able to pitch a logline. If you are a lesser-known quantity, a manager or producer would like to see an extensive outline and ideally a screenplay. This is by no means a hard and fast rule. Katz is looking for “an idea I can take to market knowing there’s room for it,” he said.

Katz doesn’t overly subscribe to the notion of popular genre films that will always sell. Certain ideas come in waves. For a while, there was a wave of socially conscious horror films until they flooded the market. “There was also a meta wave where the writer would comment on the genre tropes.” At some point, audiences feel nostalgic and might crave that wave again. The bigger question is, “What makes the wave special?” said Katz.

“Everything influences everything else so screenwriters shouldn’t really avoid certain themes. You can never have too many zombie or slasher movies. Don’t worry about trends. Be aware of the market and your contribution to it.”

Screenwriters should ask, “What are you doing to these kinds of genre movies? What is your context? What is the big surprise at the end?”

Look at his roster of clients, collaborators, and produced credits. Although he has wide-ranging tastes including documentaries and rom-coms. His main successes lie in the horror and thriller genres. Writers might also consider “genre adjacent” screenplays.

Don’t pitch a dozen concepts and ask him to pick his favorite. He suggests writers pitch the screenplay with the highest level of positive response. This could include industry meetings, contest wins, or acclaim from your writers’ group. Pitching multiple loglines doesn’t indicate which is your best script or has the greatest chance of moving forward.

Monitoring the artistic sensibilities of people can be difficult. One manager may hate your script, one may feel ambivalent, and another may love it. Furthermore, some tastes change. Some producers prefer to be generalists and produce the most viable film at the time.

It’s better to have the right manager than the wrong manager. It’s more important for them to get your screenplay, you, and your career trajectory.