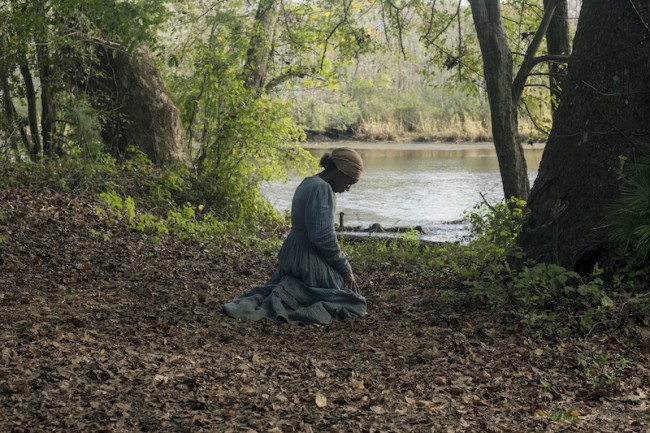 Gregory Allen Howard’s cousin introduced him to “what was underneath the movies.” Although his cousin wasn’t in the film business, he taught Howard that there was so much more underneath the service of something he previously viewed as pure entertainment or escapism, it creates a bond between filmmaker and audience.

“Ride the High Country was the first movie. It’s an old Randolph Scott western [directed by Sam Peckinpah]. We saw it on TV and my cousin told me all of this background about how Randolph Scott nearly played the other role. Then he told me about all of these themes that aren’t articulated, but something you see within the story.”

“He got me pumped for the movie. I thought westerns were good guys in white hats shooting bad guys in black hats. Themes in Westerns? Wow. Randolph Scott and Gary Cooper switched roles before the filming. Whatever they did, it worked. That made me look at it in a different context.” 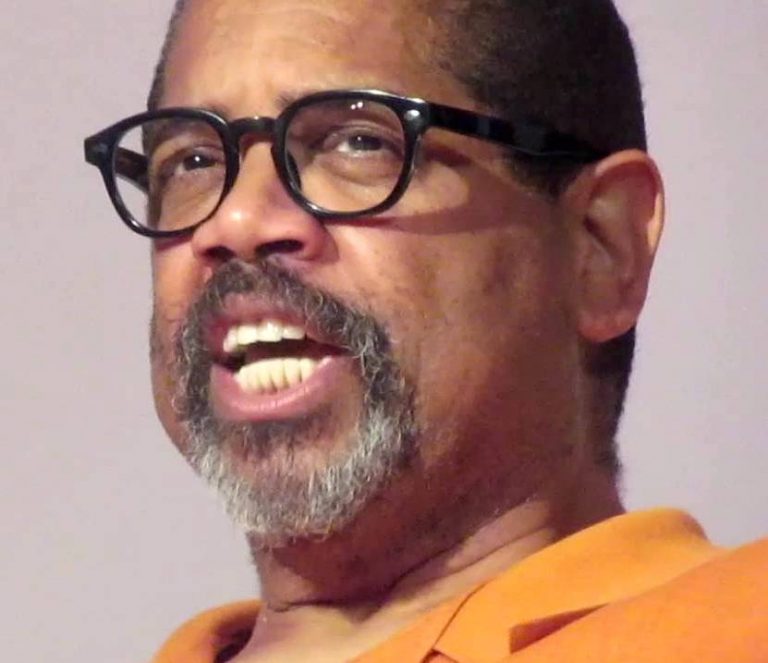 Howard also had a sister who was a performer in the theater. “I like to say I come to writing steeped in Classics,” he joked. “I was reading Shakespeare in middle school. I certainly didn’t understand it all, but I was reading it.” On top of that realization though, Howard said “I think every writer becomes a writer because they have something to say and I had something to say.”

Over the years, the screenwriter used his voice to write and create stories including Remember the Titans, Ali, and recently, Harriet, the story of abolitionist Harriet Tubman.

“I just try to make a connection. I look for something human and it doesn’t matter what genre it’s in. The only genre I don’t understand is horror because I think it’s manipulative. If you boil down the best of a certain genre, it’s about human beings and making a connection. If I’m connected to it emotionally, I can make it work.”

Thanks to the success of Ali and Remember the Titans, Howard got a call from director John Woo (Hard Boiled, Face/Off). “I thought, what an honor. I wish I could write that stylized action. I wish I could write for you, but I know my limits creatively, and I can’t do what you do. He said, ‘You don’t understand. I go to the movies to cry. You write the male weepy.’”

“I’ve never heard anybody characterize my screenwriting better than this marvelous action director. So we got together and tried to do a ‘male weepy.’ It ended up not going forward.” At the time, the screenwriter and director made a connection, which somewhat changed his perspective on his abilities.

“I try not to be formulaic, but if I have a formula, it’s the triumph of the underdog,” proclaimed Howard. “You’re never wrong writing an underdog movie, but you may have to disguise it so you don’t seem formulaic. I’m for the underdog, in my personal life, my political life, and my professional life. I like the schlub that wins. That never gets old. I don’t know how to write Kings. I write for what Jackie Gleason referred to as ‘the mopes.’”

While Muhammad Ali is one of the greatest boxers of all time, the Will Smith movie focuses on his losses as much as his wins. Likewise, in Remember the Titans, the story is about a black football coach coming to a white school and dealing with racism, among various other obstacles. Michael Mann’s Ali earned the R-rating, while the Denzel Washington Disney movie was equally powerful with a PG rating.

“I doubt that made a difference in the box office, but if Michael Mann used more of my script than just the story, it may have connected better with audiences.” Overall, the movies are somewhat similar, despite the different approaches to the rating system. Underdog triumphs. 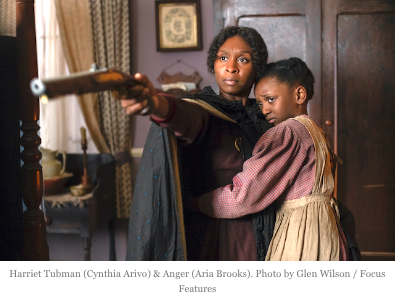 Gregory Allen Howard originally wrote the script for Harriet 25 years ago. When he got the request for a movie on [Harriet] Tubman, he already knew a great deal about Harriet. “I sat aside a Mount Rushmore of black icons and she was one I wanted to write about,” mused the screenwriter. “It was kismet when the studio called me in.”

“I said, ‘Listen I have a little different take. I don’t want to write a biography, I want to turn her into an action hero. They didn’t call them superheroes then. I knew I didn’t want to pay to see a history lesson. I get bored easily. They weren’t paying me that much, so they said go for it. I turned the script in and they sent me a bottle of champagne because they loved it. I never got another bottle my whole career.”

“I wanted to make her escapes exciting. You see this little woman leading people out of bondage. The Underground Railroad shows a structure. John Brown was the trigger, but what Harriet did also triggered the Civil War. It provided hope for the slaves. It was frightening when the slaves started bailing. What Harriet did, reverberated throughout the South.”

“The original screenplay was called Freedom Fire. It was about a heroic black woman who acted like a hero. That never changed. It couldn’t. It didn’t go through many changes. In fact, not a word was changed for a long, long time. But it took time. I’ve written about this, but the whole climate in Hollywood had to change for that movie to get made.”

Fight For Your Work

“No one is brave in Hollywood. If someone had tried to make Harriet 10 years ago, they may have been fired before the movie was released. The whole environment and climate in Hollywood had to change. I respect these executives though, because you’re risking your job and maybe your career if you pick the wrong movie. I have a better understanding now, but then I didn’t. I would get angry and frustrated.”

“I just kept changing the date on the screenplay,” he joked. “I just finished this six months ago! [wink] Nobody in Hollywood wants to read an old script. If they get a script to read, it better be the year you wrote it. Even if it’s two years old, they think something must be wrong if it hasn’t been sold. It isn’t. If someone even makes a movie, it’s luck.” 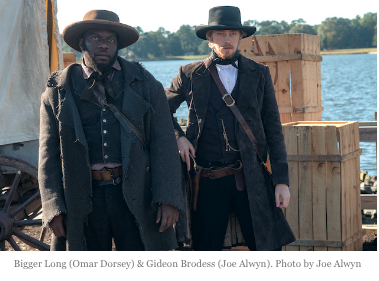 “My superpower is not having tremendous talent. There are many screenwriters much better than me. I’m good, but many are great. My superpower is persistence. I will go through hell and high water if I believe in something. It doesn’t matter to me. I refuse to give up. My advice to fellow writers who see screenplays as their children is to fight for them.”

“That passion will ignite people. The fact that you’re fearless will also ignite people. That’s it. The only reason I would leave the business is if I have to phone it in. There are writers who phone it in and take paychecks. I just wouldn’t do that. If I didn’t care passionately, I’d just leave. I’d go do something else. I believe in what I do. They are my children and I fight for them.”

This interview has been condensed. Listen to the full audio version HERE.