Nina Ameri on the Legal Side of Screenwriting

“I think there’s a misconception about IP,” said Nina Ameri. “Many people think ideas are protected as intellectual property, but they are not. In order to have copyright protection, your work must be in a fixed, tangible form.”

Ameri’s description implies that the work must be completely fleshed out, written, and organized, rather than jotted down in bullet points. “A full, written pilot is protected as IP or a full, written screenplay, but a bunch of notes or general ideas are generally not protected.” The more comprehensive the expression of your ideas, the easier it is to litigate for copyright infringement.

Ameri also provides advice on structuring deals, overall protection, and she makes sure there are legal agreements between everyone. “The agents decide what’s commercially salable. My job is to help writers protect IP and get the best deal possible. I look out for them.”

Your Right To Rights

Many screenwriters assume certain rights or they don’t need specific permission to write their screenplays. Assumptions are the root of many legal wrangling, so Ameri advises to seek legal advice before you start a project. A common question that arises is what  screenwriters need if they want to write about an actual person, living or dead. 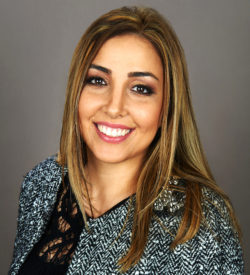 “If an artist comes up with an idea based on a living person or based on a book, typically when the person is living, you want to go directly to them or their representative. The reason we get life rights is because you can tell a much better story with direct access, but you also want to avoid a suit for defamation.”

Outside of family or personal connections, there’s also the option of getting book rights. In situations where a biographer or author has already done a great deal of research, screenwriters can get an option on the book so they can buy the rights for a motion picture, based on the book.

“The general rule is to attain life rights,” said Ameri, “but maybe you want to tell a story they’re not going to approve. Some people want to push boundaries, but you have to weigh the risks. Sometimes the risk outweighs the rewards, but sometimes the information is public domain, so you don’t need that individual’s life rights.”

Every deal or situation will be unique, but examples such as Aaron Sorkin penning Mark Zuckerberg’s story in The Social Network which came from Ben Mezrich’s 2009 book, The Accidental Billionaires, or the Netflix series Mindhunter, which comes from the book by the same name, by John Douglas and Mark Olshaker.

Essentially, every deal requires its own analysis. Writers need to figure out what exists without the necessity of life rights. If a story is told based on fact that is completely private, it’s essential to attain the rights, or else the risk for a lawsuit is much greater.

These days, source materials can come from books, but also from podcasts, news articles, and any other form of entertainment media. In any regard, the proper rights must be acquired. But, it all really depends on what the material is about. The initial idea might come from a podcast or short article, but in the research, the screenwriter might find public sources such as the daily news that are free to use.

If, for example, there’s an article that describes a real-life person or situation, that individual can become a character without using their actual name. If the story is generic enough, it’s less likely rights need to be acquired. “When there are more details or a recognizable event, that’s when you have to start looking at what rights you need to get.”

When one story is similar to another, it’s a matter of “scene-a-fair,” which refers to situations where one idea is only used by certain elements. For example, if a screenwriter is describing a fairy tale, there are certain things that will appear in any story that involves a castle, such as knights and so on. Since these characters appear in every story, it’s unlikely one could claim copyright to a generic character. The magic wand or fairy godmother is not unique to a single story.

One of the trickier situations for screenwriters is depicting a real person in their story. The question, of course, is whether or not the life rights need to be attained or what are the legal repercussions of using a character or situation without permission.

One of the largest misconceptions for screenwriters is that when they’re writing and ask for help with development, they assume they don’t need to compensate for these notes or commentary. If, for example, a reader provides notes that completely reshape the story, that individual may want to come up with “Story By” credits.

The misconception is that one individual does the bulk of the physical writing, and a screenwriting partner makes suggestions over the phone, for example. Like matters of compensation, it’s vital to lay all of the monetary and credit matters on the table in the very beginning and make alterations as the work is shared.

Likewise, newcomers are often worried about submitting work to large production companies and then seeing similar work produced without payment. Based on the number of screenplays that arrive at any given production company, this is often coincidence or a zeitgeist, but that doesn’t make the fear any less for writers.

Production studios do not want unsolicited materials because they could be creating a similar story, so they wouldn’t want any legal battles or risk of accepting outside ideas to alter or replicate their original story. “They’re producing their own idea that has nothing to do with yours, but now you’re saying there is an infringement.”

These companies often send out an NDA (Non-Disclosure Agreement), but if there is true copyright theft, no agreement will completely absolve a larger company of liability. It will depend on the factors involved, such as a side-by-side analysis of the two works. Just because you signed an NDA doesn’t mean you have no rights as a screenwriter.

Is It Defamation Or Not?

There are several factors when it comes to defamation. According to Ameri, this all begins with whether or not the subject is a “public person.” A person in public life has a higher threshold than those outside the public. Malice or causation could damage the individual, but then it depends how much damage would be involved.

Also described as malicious gossip, scandal, or malediction, defamation generally comes with a monetary value of anguish. If a story depicts accusation of a criminal offense, a loathsome disease, or an incompatible business trade or sexual misconduct, defamation is certainly a possibility.

Celebrity defamation accusations include Katie Holmes suing The Star for drug claims, Scarlett Johansson suing French author Grégoire Delacourt for writing her as a promiscuous character in his book, or Robin Williams suing a lookalike for making money off his impersonations.

For stories that try to stick within the realm of “Based on a True Story,” there’s no percentage of right and wrong, true and false, or slander that writers can turn to for guidance. Legal counsel will always recommend getting the life rights to avoid infringement. That said, it’s mainly subjective, within a case-by-case basis.

“At the end of the day, especially on studio levels, there are folks where their jobs are to analyze these matters. Initially, I would say go creatively with what works for you, but later, there may be a watered-down version of the script. Let professionals decide what changes need to be made so the film is not subject to any type of level proceedings.”

When creatives are working within a restricted area, the work is likely to suffer. But lawyers still recommend putting all of the negotiations on the table before the film is in production. Many move too quickly with little thought to the business side of filmmaking.

Not understanding who owns the copyright, who owns the IP, or who gets what percentage can lead to complications with the financial agreement. These issues are best to figure out in the beginning. Ameri concluded, “The earlier you can start building your team – agent, manager, lawyer – the better the deals are going to go.”

Disclaimer: This article is intended for informational purposes only and does not constitute legal advice.