At the beginning of your screenplay, your hero should be in a state of inertia — settling for a life that may be emotionally safe and tolerable, but that lacks passion, risk and fulfilment. Their life might be filled with activity and even give the illusion that they are striving for something, but all this effort is ultimately going nowhere. In other words, your hero should be stuck.

The reason for all this spinning in place is that the hero is living in his or her identity — the emotional armor we all carry to protect us from our deepest fears. This is your hero’s persona, the false self they present to the world to avoid feeling vulnerable and terrified.

Some wounding event or situation from the past has left your hero unconsciously terrified of experiencing that pain again. So they’ll do just about anything to avoid facing that fear, even if it means living a false, limited and unfulfilled existence. Then, through the course of your screenplay, your hero must gradually confront and overcome that fear in order to achieve whatever goal she’s pursuing. To get what they desperately want, the hero must abandon their emotional armor and risk standing up for who they truly are. Simply put, this transformation from living fully in their identity to living fully in their essence is the character’s arc. 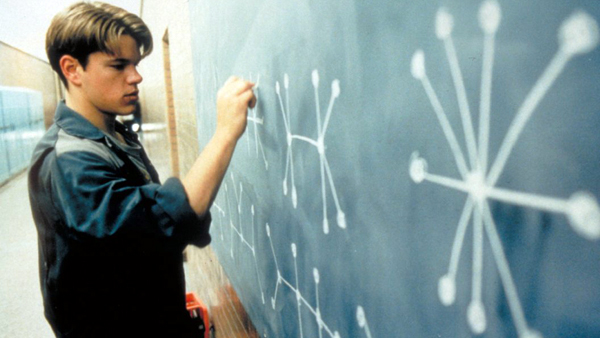 The causes and effects of one’s identity are brilliantly illustrated in Matt Damon and Ben Affleck’s award-winning screenplay Good Will Hunting. It’s a wonderful example of a hero living an emotionally safe existence and how he gradually finds the courage to abandon that identity to achieve real fulfilment.

When we first meet Will Hunting (Damon), his life doesn’t seem all that bad and he seems fairly content. But something — we don’t yet know what yet — frightens him so much that he’d rather stay a poor Southie custodian than let the world witness his brilliance. He’s a master at avoiding any real connection or vulnerability.

Then two key events force Will out of his emotional armor: He begins working with Sean (Robin Williams) and he starts pursuing Skylar (Minnie Driver).

At their second meeting, after a wonderful soliloquy about living life fully, Sean gives Will an ultimatum:

SEAN
…you wouldn’t know about real loss, because that only occurs when you lose something you love more than yourself, and you’ve never dared to love anything that much. I look at you and I don’t see an intelligent, confident man,… I see a boy…There’s nothing you can tell me that I can’t read somewhere else. Unless we talk about your life. But you won’t do that. Maybe you’re afraid of what you might say…It’s up to you.

No hero wants to give up his identity and leave himself emotionally vulnerable. So your hero must be forced to abandon it in order to achieve his outer motivation — the visible goal he’s desperate to achieve by the end of the movie. For Will, that goal is to win Skylar’s love. But the only way he can do that is by connecting with her honestly, not continually running away from real love and intimacy.

When Will first begins dating Skylar, he avoids saying too much about himself, makes up a story about having 12 brothers and stops calling her after their first date. When Sean tells him to call her again, Will responds:

WILL
Why? So I can realize she’s not so smart? That she’s boring? You don’t get it. Right now she’s perfect, I don’t want to ruin that.

SEAN
And right now you’re perfect too. Maybe you don’t want to ruin that.

Gradually — and a hero’s transformation must be gradual — Will’s persona begins to fade. He starts opening up to Sean and to Skylar. He takes her to meet his friends. He does her organic chemistry paper, revealing his genius (something he previously kept hidden). As his best friend, Chuckie (Affleck), tells Skylar, “I’ve known Will a long time and I seen him with every girl he’s ever been with. But I’ve never seen him like this before, ever with anyone, like how he is with you.” 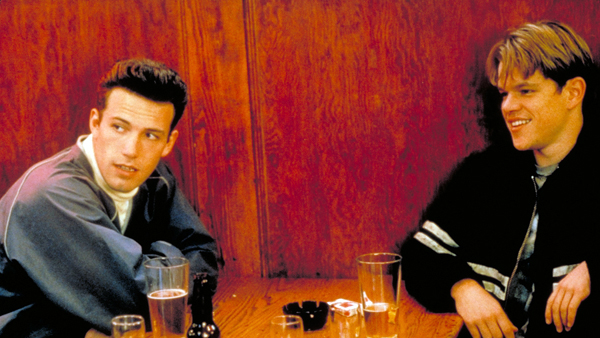 But as your hero moves away from his identity, the outside world starts closing in and life gets scarier. Finally, the terror becomes too great and he reverts back to his identity one last time. For Will, this is when Skylar asks him to come to California with her and he refuses:

WILL
We might be in California next week and you might find out somthin’ about me that you don’t like…And I’m stuck in California with someone who really doesn’t want me there.

Skylar lashes out at Will’s cowardice:

SKYLAR
What are you afraid of?…You live in your safe little world where nobody challenges you and you’re scared shitless to do anything else … At least I have the balls to give it a shot. At least I’m honest with you.

And then we learn the reason for Will’s identity: He tells Skylar that she doesn’t really want to hear the truth — that she doesn’t want to hear how he got cigarettes put out on him when he was a child. And then he lifts his shirt and shows her a six-inch knife scar on his torso. His abusive childhood filled him with shame and he’s terrified that anyone who sees the real Will is going to know how worthless he is. So he shuts down again completely:

SKYLAR
You know what I want to hear? I want to hear that you don’t love me. Because if you say that, then I won’t call you, and I won’t be in your life.

WILL
I don’t love you.

You always want the hero to retreat this way as you approach the climax of your screenplay. But this reversion to identity can never last, because once a hero has experienced living in their essence, the protected existence they tolerated at the beginning of the script won’t work, and they’ll make one final attempt to live their truth. For Will Hunting, this realization comes first from Sean, when he asks Will about his soulmate:

SEAN
You’ll never have that kind of relationship in a world where you’re afraid to take the first step, because all you’re seeing are the negative things that might happen ten miles down the road.

And then from Chuckie, who nails Will for working construction instead of using his talent to live a fulfilling life:

CHUCKIE
Tomorrow I’m gonna wake up and I’ll be fifty and I’ll still be doin’ this…But you, you’re sittin’ on a winning lottery ticket and you’re too much of a pussy to cash it in.

Skylar, Sean and Chuckie are all hammering Will with the same ultimatum: Stop hiding your feelings, stop hiding who you truly are and live your essence. And then Sean shatters all of Will’s remaining armor in that powerful moment when he keeps telling Will, “It’s not your fault.” Will’s belief that he’s worthless is wrong and was not the reason his father abused him. So the identity he’s constructed is built on a lie and his fear of being seen is only hurting him.

Accepting this truth gives Will the courage to get in his car, leave his identity behind forever and drive toward Skylar — and his destiny.

One of the many wonderful elements of Good Will Hunting is how it takes Sean through a similar arc. After the wound of losing his wife, Sean is hiding out as well, helping others find their truth but refusing to take any emotional risks of his own. In the screenwriters’ words, he’s “tired of teaching, tired of life.” As Will tells him, “[Your wife] dies and you just cash in your chips… Some people would have the sack back and ante up again.” By finding his own courage, Will redeems Sean as well and, at the end of the film, Sean, too, is ready to risk venturing into the unknown to once again live his essence and his truth.