Ron Suppa discusses the importance of rewrites, and offers crucial advice on how to go about making them:

When I published the following strategies in my book, Real Screenwriting: Strategies and Stories from the Trenches, I received a ton of email thanking me for giving writers somewhere positive to go after they had finished their first drafts. No one likes to celebrate Fade Out only to then tackle the excruciating process of tearing it all apart. But that’s what a good screenplay deserves – a solid second (or third or fourth) pass. So I hope these tips help you.

Finishing a screenplay is like giving birth: after the initial burst of accomplishment, the elation that it’s done, over, that you took it full term – comes the realization, especially if you’ve done this sort of thing before, that the really hard work is just about to start. Sure you’ll be tempted to sing from the rooftops, to send autographed copies to everyone on your contact list, but if I could give you just this one…teeny… word of advise: don’t.

All writers know writing is rewriting, the final ingredient to the marketable screenplay. Screenwriter Robert Rodat wrote 11 drafts of Saving Private Ryan before presenting it to Paramount for the first round of their “notes.” Renowned authors Joan Didion and John Gregory Dunne did 29 rewrites of the Michelle Pfeiffer-Robert Redford vehicle Up Close and Personal. M. Night Shyamalan wrote 10 full drafts (starting from scratch each time, by hand on yellow legal pads) of The Sixth Sense before bringing it forth as a first draft to his agent. Even novelist Vladimir Nabokov (Lolita) states, “I have rewritten—often several times—every word I have ever published. My pencils outlast my erasers.”

For most professionals in the film business, the biggest turn-off when being submitted a script is to hear the words “I know it could use a rewrite, but see what you think of it.” Sure, sometimes the magic takes time to find its way into the story. Rarely will a truly tight structure and fleshed-out characters that have achieved their maximum dramatic potential emerge on the first go-around. But that’s all the more reason why writers must develop the discipline to smooth out the rough edges and to make it as good as it can possibly be.

No matter that you edited every line three times while you were writing that first draft. No matter that you’ve held a cast reading, cut some more, and polished all your dialogue. There were shortcuts you took when you were so close to the end, weren’t there? Scenes that could have been cut or added, plot holes ignored, dialogue that remains indulgent? This script that took so long to conceive, outline and write is still, trust me, an unfinished first draft. Send this draft to your precious contacts now and you will be doing yourself and your screenplay the greatest disservice. Once they pass, there are no second chances.

Instead, put your first draft away for a week or two. Go to the theater. Take a vacation. Read a book. Fall in love. Do all the things you put off to write your script. Then bring those experiences with you and see how you feel about your script now that you have a fresh perspective. Put yourself in the position of a reader. All she cares about is whether or not it is a great script. Not a good script. Not a potentially great script if only it had one more rewrite. It must be a GREAT script as is, or it’s a pass. 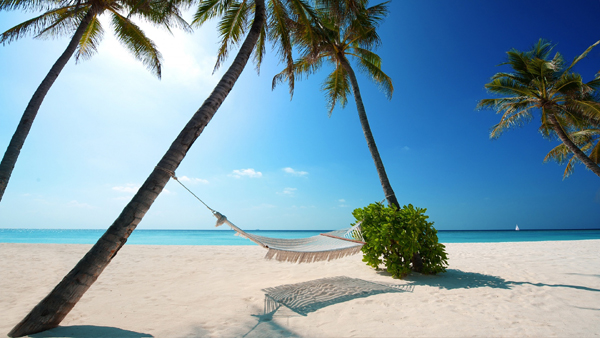 In fact, if it is a great script and they love it and buy it – it will still undergo a number of rewrites, mostly by writers other than you. That’s just Hollywood’s way. The script money is the cheapest money the studio can spend. A director and maybe a star will have changes they’d like to see made before they commit, and after. They may have writers who they’ve worked with before and must now hire again. The WGA’s tough arbitration rules, crediting the original writer unless hell freezes over, may be your greatest ally down the home stretch.

But for now, before you sell it, the script can benefit from your knowledge of its sources and themes. Begin with the structure. Like a good gardener, weed out the beats that don’t work, make sure all set-ups are paid off and pay-offs are properly set-up. Go back to the beginning if you discover the climax simply doesn’t hold water. Make sure the ending matches audience expectations – or have a solid reason why not. Eliminate plot holes, explore the visual or metaphorical value of an alternate context and hear every line spoken out loud. Dialogue can always be trimmed, pacing and scene transitions refined, actions more clearly defined. Do the actors have physical business to conduct in those endless dialogue scenes? Can you move scenes to more interesting locations? Do too many night scenes in a row make your script a chore to watch? See if your scenes leave the main character’s POV for too long – remember whose movie this is. Be coldly efficient in eliminating excess camera, stage or actor directions. Make it a clean and easy read.

And never forget the words of Ernest Hemingway:

- “The test of a good story is in how much good stuff you can leave out.”

So, with this in mind, here are Ten Rewriting Strategies.

1. If the character conflict seems weak…

Track the main character and opponent. See where they interact, react, and otherwise appear. Check that their storyline is the focus of the plot and that each is acting in character and in constant conflict with the other. Are the stakes clear for each of them? Are the stakes increasing? High enough? Are each in active pursuit of their goal? Are their motivations clear and convincing? Are they interesting and credible adversaries? Do each have credible skills and limitations? Why do we care who wins or loses?

2. If the main character seems boring…

Are the motivations driving their actions strong enough? Do they have any compelling personal problems (a backstory) in addition to the story problem caused by the inciting incident? (Think about a strong sub-plot.) Is there sufficient sub-text in what they say and do to keep them mysterious and interesting and keep us actively involved with them? Can we give the main character some interesting trait or skill (or family) that a supporting character now possesses?

3. If the story seems to go flat at times…

Too much narrative will slow a script down. Cut out what is there to create mood or set a stage that can be implied in action. Pull out the dialogue to see if scenes are showing rather than telling. Strong dialogue can mask a dramatically weak scene. The dynamics of a scene should be clear enough that actors can improvise dialogue as well as you can write it. Are these scenes we may feel we’ve seen before? Find a more interesting location for the scene.

Are the characters acting in a manner consistent with who they are or believe themselves to be? Are the special effects in keeping with the tone of the story (there’s a difference between a fantasy and a horror film)? Is there credible cause and effect in the scene progression? Check to ensure flashbacks, dream sequences, montages and/or narration succeed as good storytelling tools – or are they crutches bolstering a weak story. (Hint: if you need such a device to tell the story, look for a hole in your story structure.)

5. If the dialogue is sounding all the same…

Does each character have their own voice? Is the dialogue stiff (often, the earliest dialogue has yet to find the voice of your characters)? Are the characters stuck spouting exposition or character history? (Try working the exposition or history into action. Character is best shown through behavior.) Are they being asked to mouth the theme? Do they have anything interesting to say?

6. If the scenes or characters seem repetitious…

Can you eliminate scenes or combine characters? Do supporting characters have their own personality and voice? Are the scenes too long? (The more economy a scene has, the less déjà vu — we’ve heard/seen it before — seems to set in.)

7. If the script seems talky…

How many words can you cut from every scene, from every dialogue exchange? (Hint: cut as many as you can, until one more and the scene would make no sense.) How many words can you convert into actions? An actor’s reaction – a raised eyebrow for example – can often replace dialogue. And if she’s putting the water glass on the table, does she really have to say “Here’s your water”?

8. If you haven’t resisted the temptation to direct on the page…

Make sure camera directions are necessary and scene descriptions aren’t indulging in wardrobe design and set decoration (we have highly paid pros to do that). And check any parenthetical directions for actors – necessary? If so, your scene is not written clearly enough.

Do you need all the subplots? Have you repeated information? Does more than one character serve the same purpose? Did you remove camera angles, musical cues or other elements which distract from the dramatic unfolding of the story? Most feature scripts are between 100 and 130 pages (translating to approximately one minute of screen time per page). Yours can be longer or shorter, as long as its quality can justify the length.

Your story or characters may be underdeveloped. Can a subplot — perhaps one that more deeply delves into your main character’s personal relationships — help? Or maybe you’ve done too much rewriting – tossing the baby out with the bathwater. Make sure you haven’t sacrificed character complexity, personal consequences or scenes that have sheer entertainment value for the sake of a fast moving plot.

When you’ve finished that, get new feedback from one or two trusted friends. (Friends, not wanna-be writers who may be jealous or angling to be your partner.) Listen to them. That doesn’t mean you have to agree with them. Keep the strength of your convictions, and remember William Goldman’s famous line: “No one knows anything!” (On the other hand, if ten people tell you your boat’s sprung a leak, it may be time to start swimming.) But if they love it, if they wouldn’t change a word — polish it one more time. Until you can objectively say, “this script is no longer getting any better, just different.”