The Truth Behind The Myth

Myths can conveniently be dismissed as apocryphal tales grounded anywhere from the absence of truth to the indisputable fact. They typically track a hero (real or imaginary) with a human element that helps us explore and more fully understand our roots, our evolution, our societal progress, and perhaps most importantly, our purpose in the world we live in. Myths add meaning to our lives.

The partiality or absence of truth in a myth is a function of how the term is used and what metaphor or symbol they represent. Myths explore our personal truths through a combination of real and fictitious narratives. They help us to better define our perceptions about ourselves, others, and our interactions with each other and the universe at large. Myths are designed to help us appreciate our customs, traditions, behaviors, and beliefs of our ancestors in relation to who we are today. They help us shape and reinforce our cultural and social values.

Mythology is the study of these myths – why they are so important to us, and what their often cryptic nature might mean.

Myths are a symbolic means of storytelling to help us dive deeper into ourselves and question, change, or reaffirm our beliefs often through exaggerated, romanticized, or idealized figures and narratives.

Mythology is a complex undertaking because it touches on so many aspects of the human experience and study including literature, anthropology, sociology, psychology, history, and science. It represents the intersection of knowledge and wisdom. An oracle of sorts.

How Did Myths Originate?

The basis of many myths stems from our thirst to understand our creation. It addresses our primordial yearning for why and how something has come into existence from a state of non-existence – bringing darkness into the light. Genesis.

By extension, in order to define the origin of myths, we also need to align our understanding of time into pre-time and the beginning of time. When time began, the universe started a process of dual organization of matter, phenomena, and concepts – right and wrong, sea and land, earth and sky, plant and animal – to name a few.

As the world became increasingly complex, this dichotomy becomes increasingly blurred. Assigning these previously polarized assumptions into points on a spectrum allows for richer stories as we explore the grayer vicissitudes of the human experience.

The origins of myths predate our ability to write. Myths are thought to have arisen around the time of the development of speech when we discovered the verbal power of storytelling. As such, we generationally passed down our stories verbally, so they were naturally subject to evolving iterations of them, depending on who was telling these stories and how they were told.

There were both deliberate and inadvertent additions, omissions, deletions, embellishments, substitutions, and outright fabrications in the transmission of stories. Even after the advent of the written word, myths were still subject to individual interpretations and preferences.

To make matters even more complicated, the ancient nature of most mythology gives rise to multiple (and often contradictory) versions of the same myth. Much of this is a function of interpretation and what elements were included in their telling. This is a key reason religious scriptures spawn such a range of conflicting beliefs of similar texts.

Since the process of human exploration favors the creation of myths rather than their fidelity to facts, their truthfulness becomes less vital. An explanation, rationalization, or justification for an observation, or some unexplained event, is more significant than whether the explanation is factually correct.

The ancient Greeks defined myths as being more aligned with the act of storytelling to include terms like plot, narrative, and word. The focused more on what happened in the story than its deeper meaning. To provide some context, the Greek word for story is paramythi which literally translates as “beyond the myth.”

Much like religious scriptures, most myths don’t have readily identifiable authors. Nobody can definitively state who wrote the bible. There are only scholars who can make an educated guess. Similarly, the translation of it leaves considerable room for interpretation and bias depending on whether the translation was focused on transliteration or capturing its spirit. 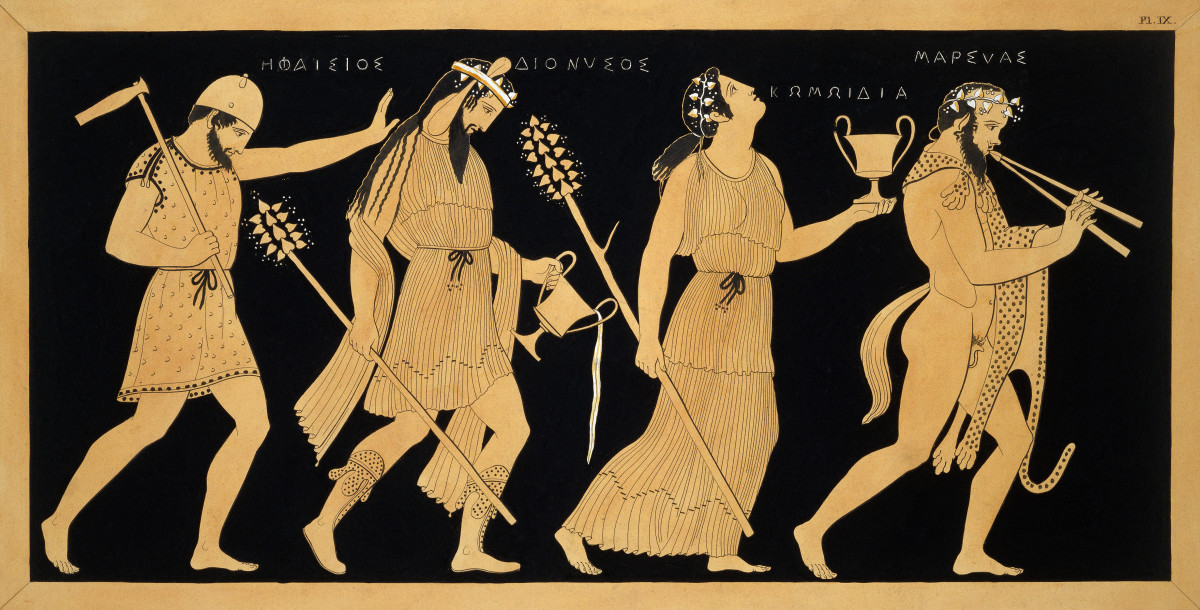 Myths are ostensibly communal stories with multiple creators that reflect the worldview and verisimilitude of a large group of people. That is why each culture has its own version of similarly-themed myths.

There are many theories of why myths and mythology are so significant in defining cultures. One theory is to compress the vastness of the universe into a simple, palatable story through the process of personification and humanization. Animals or animal-human hybrids can talk and gods and superheroes readily interact with humans. Nature and man are inextricably linked.

Why Are Myths So Timeless?

The nebulous origins of myths contribute to their mercurial interpretation. Some are based on historical facts (or an edited version of them) while others are hypotheses to make the incomprehensible, more comprehensible.

Due to their often ancient nature, myths can also be re-imagined or updated by necessity to reflect modern cultural values, beliefs, and contexts. These re-imaginings allow myths to be passed down along generations in a relevant way. Myths are not passing fads or short-lived tales, but rather highly-enduring stories that are profoundly resonant and form the fabric of our lives.

Myths are both timely as well as timeless. Their ancient nature might be considered a form of primitive scientific investigation. Hypotheses are presented to make sense of observations or supernatural phenomena. When the earth shook we asked if we angered the gods. Then we discovered seismology to explain these movements.

As science and technology have progressed exponentially over the centuries, these initial hypotheses have been scientifically disproven. But these myths persist because we still don’t know if we’ve angered the gods.

Is there a conflict between mythology and rational thought? Yes, because of how each perceives their truth.

Myths have an inbuilt element of mystery to them to add to their allure and staying power. Mythologists are mystical storytellers who are poetic, intellectual, and influential. In the film and television world, they are known as writers.

Film and television buffs often discuss the mythology of a character or a story. In doing so, they are really referencing the influences of ancient mythology into these current narratives.