“We Prefer Stories Relatable To Our World Today” 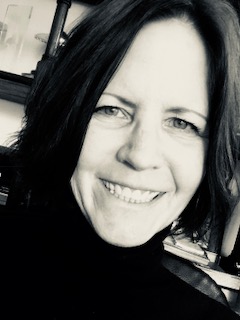 Does Lawrence Bender Prods have a remit in terms of the type of material they want to develop?

Not particularly. We gravitate toward good fiction and non-fiction stories, strong characters, and emotionally-driven material. We like stories that have a social message, but that doesn’t need to be entirely what the story is about.

In short, we like a story that reflects a human interest or situation that is relatable to our world today.

How much reading do you do? What makes you stop reading?

I do read quite a lot. Screenplays, articles, blogs, and books. I often read the transcripts of podcasts, rather than listen to them. I’m a faster reader and often get distracted when I’m listening. Each week is different in what I’m reading and the amount.

What makes me stop reading a script can be several things – pet peeves like an overabundance of description or long-winded dialogue paragraphs, too many montages or voice over (especially early on in a script). Usually, I end up stopping because I haven’t connected with who or what the characters are. What are their goals, what is the adventure, or why do I want to see this as a movie or TV show? What is the purpose of the story? Why do I care? If I can’t figure that out, then I know I won’t be able to sell anyone else on it.

What are some of the more unusual places you’ve sourced material?

I don’t have a great answer for that, but that sounds like something I should try to find out or ask of a writer. Maybe that is what I should say when someone asks me “what are you looking for?” or “what are you missing in your current slate of projects?” I’m looking for the most unusual source material. (We call it fishing in a different pond than everyone else).

What attracts you to a screenwriter?

The feeling that I got under the skin of a character and felt like I knew them or that a writer put me in the shoes of a character. I could empathize with why they went on the journey and I feel like I was transported into the character’s world.

Emails, calls, zoom sessions, reading, writing notes, making lists, and making sure I have an ironed shirt on. Not much has changed in working from home other than not going into the office. Telephone or zoom calls have replaced in-person meetings.

How do you balance art and commerce in the industry?

As a company, we do know that this is a business so we certainly have that in mind when choosing projects. We also don’t want to take on something without feeling we are providing something different to the marketplace.

We also want to feel that we need to be part of a project and that we can offer up a unique perspective on how to get it made. We have projects on our slate that are more challenging. They aren’t slick stories, but rather true stories of struggle or stories that challenge the norm.

We mainly try and choose projects we love that we feel and have a bigger market appeal, but can’t help taking on smaller projects simply because we fell in love with them and they tell stories we feel need to be heard.

How has the industry changed for screenwriters since you started?

There are a lot more avenues for screenwriters to get their work read even if a writer doesn’t have representation. From competitions to other online avenues, writers can have outreach from anywhere. Of course, they have to choose wisely when pursuing those options. That’s where it can get challenging and expensive for writers.

You have to be a good reader to be a good writer, so I suggest that screenwriters keep up with what is going on in the world, read as much as you can, and don’t try to follow trends. Continue to write and be smart about your choices and who you are as a writer. Know how to verbalize your stories as well as talk about yourself. You need to be good in a room and on the page.

How has COVID-19 affected the types and numbers of projects you’re developing?

That hasn’t changed much, still working on the same amount though we found a couple of short films to become involved in, which we don’t normally do. We were put on hold on one movie we were to shooting earlier in the year, so that was the first major impact of the shutdown. Luckily that film is starting production this month, which is very exciting.

What are some of the biggest misconceptions writers have in getting from script to screen?

There is a lot of competition out there and your idea probably isn’t as unique as you would like to think it is. Unfortunately, someone else is out there writing a similar project to yours. What you can do is put your own personal spin on things and push yourself as a writer to be bold in your choices.

When you think you are done and happy with a script put it down. Walk away for a couple of months or more. Then go back and read it. I bet you won’t be as happy with it anymore.

What are you watching/ reading right now?

Reading lots of scripts and happy to say that they are all quite different, so I don’t get bored with the variety. I’m reading too much Twitter at times. I’m watching shows like Lovecraft Country, which is fantastic! Catching up on The Crown, and loved Giri/Haji on Netflix. That show was crafted so well.

It’s a great time for writers and lots of need for new content, but it’s still not easy. Write what you know and love. Be true to yourself because you need to sell you as well as your work. You want to be authentic. Remember that if you get into a meeting with an executive or producer, you most likely won’t sell your script in the room, but you can sell yourself as someone they will want to work with. It’s nice to sell a screenplay, but building relationships can create a career.