No one expected it at the time. Casablanca sparkled with Hollywood stars Humphrey Bogart, Ingrid Bergman, and Paul Henreid, but was predicted to be yet another Warner Bros. war picture. Based on Murray Burnett and Joan Allison’s unproduced play, Everybody Comes to Rick’s, the rights were acquired by Hal B. Wallis for $20,000— the highest amount any producer had paid for a project of that kind.

When production began on May 25th of 1942, the screenplay wasn’t finished. A trio of writers, Julius J. Epstein, Philip G. Epstein and his twin Howard Koch, scribbled last-minute dialogue on set, handing scraps of paper to assistants who scurried them to the actors, seconds before the cameras rolled. Memorable lines like, “Here’s looking at you, kid,” were improvised.

Difficulties surfaced, one being the substantial height difference between Bergman and Bogart. Bogart was two inches shorter, requiring him to stand on blocks in their scenes together and during their iconic kiss. Bergman also insisted on being shot on her left side, a frustrating request for cinematographer Arthur Edison. Bogart’s wife offscreen accused him of having an affair with Bergman, a distraction he didn’t need since he was already out of his element playing Rick Blaine. Most of the cast believed the dialogue in the film was laughable.

The romantic drama with an exotic Moroccan backdrop was shot at Warner Bros. Studios in Burbank, but in sequence, for the sole reason that the second half of the screenplay was non-existent. It’s Love I’m After screenwriter Casey Robinson worked on uncredited rewrites for three weeks. The censorship board rejected sexual references, forcing the deletion of dialogue and long stretches of footage. Klieg lights toppled over and shattered while shooting film noir lighting, so shadows were painted instead of created. Wartime restrictions on building supplies required the use of recycled set pieces from previous productions. A timeless masterpiece was far from anyone’s mind, especially for Michael Curtz, who wasn’t Jack Warner’s first choice for director. His Hungarian accent provoked much confusion amongst the crew, nearly causing him to quit during principal photography. The cost exceeded the original budget of $878,000, totaling $1,039,000. By all accounts, Casablanca should have bombed. 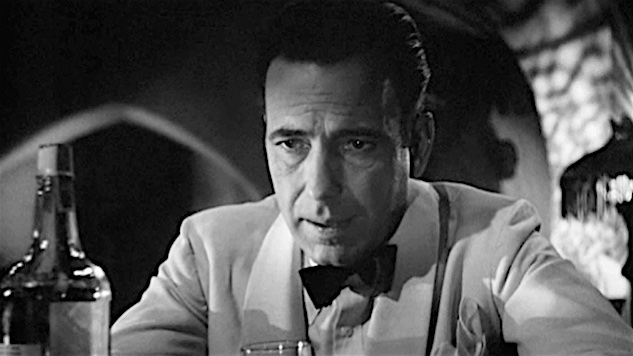 Then on November 26th of 1942, Casablanca premiered at the Hollywood Theater in New York City and went into general release two months later.  It proceeded to win three Academy Awards for Best Picture, Director and Screenplay with five other nominations. Today, the classic contends with the greatest of films, rooted in a screenplay considered by many to be the best of all time.

In 2006, the Writers Guild of America awarded it that prestigious title. Universities and film historians praise its inter-woven plots and overall screenwriting craftsmanship.

“There are a lot of great things about the script,” said Kevin Willmott, Academy Award-winning screenwriter of Spike Lee’s BlacKkKlansman. “The story is very interconnected. Rick and Ilsa’s backstory and present story and the challenge to his current belief system are all beautifully intertwined.”

“Casablanca has characters that are both universal and particular to their time,” said Poltergeist screenwriter Michael Grais. “Many of the actors in the film were recent refugees from Nazi Germany. They brought to the movie a realism that was unique. None of the characters are one-dimensional… Bogart (Rick) set the tone for many film characters to follow — the broken-hearted, reluctant hero — a man who is bitter about politics and refuses to take sides. All three of the main characters are broken-hearted, not only because of each other, but because of what has happened to the world under the Nazi scourge. This is the heart of the film for me and who among us has not been broken-hearted and cynical about what the world has become? The film is as potent and timely today as it was when it was first written in 1942.”

The basic ingredients to a quality film apply today just as they did back then — an engaging story, plot twists, pacing and something that’s overlooked, dialogue that’s unique to each character.

Paul Blyskal, a story analyst at Netflix, understands the concept from years of looking over material. “As far as what a script reader tends to look for, it’s tough to put into words. It’s something you start to feel after reading a few dozen to a few hundred screenplays. In general, you’re looking for a compelling idea and a story with a strong narrative drive… tension, surprise, and characters the viewer will care about.”

“People watch movies for two reasons,” said Sherry Hudak, actress/writer/producer at Reel Stories Real People. “They either need a temporary escape or a desire to feel connected and inspired. A good movie should take its audience on a journey to expand their minds and open their hearts to all the possibilities in life. It should explore different angles of the human condition and draw you in.”

Bruce Fretts, a contributor at The New York Times, said, “Any screenplay that has multiple lines of dialogue (‘Here’s looking at you, kid,’ ‘This is the beginning of a beautiful friendship,’ ‘We’ll always have Paris,’ ‘Round up the usual suspects,’ ‘The problems of three little people don’t amount to a hill of beans in this crazy world,’ ‘I’m shocked to find out that gambling is going on,’ ‘Of all the gin joints in all the towns in all the world, she walks into mine’) enter into the popular parlance—even if one of them, ‘Play it, Sam,’ is widely misquoted—has to be considered one of the greatest of all time. Also, the screenplay for Casablanca proved you don’t need to give audiences a traditional happy ending to create one of the most beloved romances in movie history.” 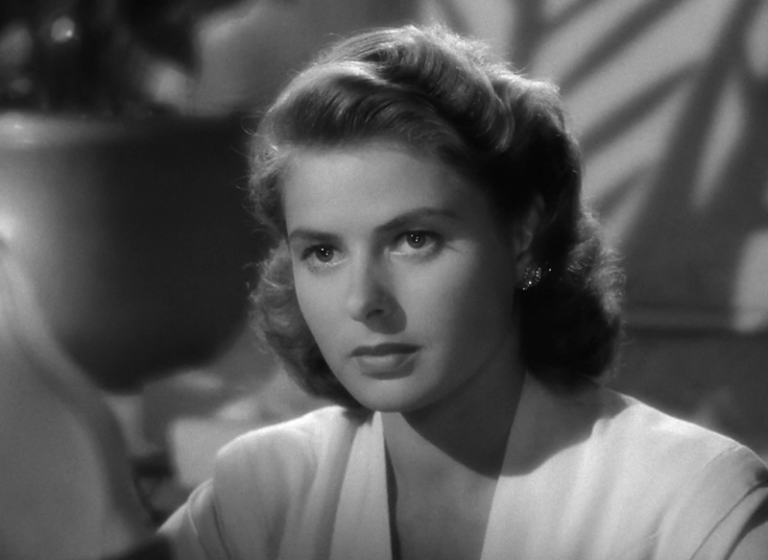 “Casablanca is a great script because it was written on the fly,” said Stu Kreisman, Cheers writer, Warner Bros. producer, and columnist at The Huffington Post. “Nobody, including the actors, director, or writers knew how it would end until it was written days before it was shot.  The fact that the process was so muddled, and it turned out to be one of the classic films and scripts is astounding.”

While most appreciate Casablanca’s efforts, not everyone considers it to possess the silver screen magic that so many say — not enough to be regarded as the number one film, at least. The American Film Institute gives Citizen Kane that title, followed by The Godfather and Casablanca in third place. Interestingly, when the AFI List was first released in 1998, the slots of The Godfather and Casablanca were reversed, causing reason to suspect that the timeless facet is wearing off.

Scout Tafoya, a film critic for RoberEbert.com, holds this opinion. “It’s very good, but I don’t believe it’s the best screenplay ever written, and I think you’d basically have to find people who visit the TCM Cruise to find supporting evidence of the claim. It’s funny and romantic and clever, I think it’s lovely, but I think anyone who says it’s the greatest has about 300-400 more movies left to watch.”

“Casablanca is my second favorite movie after Citizen Kane. It captures man’s thirst for war, search for love, and man’s greed,” reflects Michael Selsman, industry veteran, producer, author of Lost on the Yellow Brick Road and former agent to Marilyn Monroe, Judy Garland, Truman Capote, Cary Grant, Jimmy Stewart, and Orson Welles. [The success] was a big surprise to Warner, He told me that when I was co-producing Dirty Little Billy, his first co-production after selling the studio. When Bonnie and Clyde became a hit, he was also gobsmacked.”

Film school professors teach their students to dissect the film and screenplay frame by frame, page by page, breaking down each act and their specifics. Although not always utilized, the three-act structure is standard for mapping out a screenplay – generally one page per minute of screen time. Koch and the Epstein brothers followed the traditional formula, harping on themes, dramatic conflict, a moving story arc and the internal and external goals of characters.

Beverly Neufeld, adjunct professor of screenwriting at USC, points out, “It speaks to anti-heroes, the times, a great love story without a happy ending, great characters and stakes.”

“Casablanca not only includes all genres within, but also redemption, inspiration, love, unity of the subdued people and much more,” explained author and UCLA Screenwriting alum Melodi Bac.

“As a writer, I know exactly why Casablanca occupies a special place in my heart. God help me, I’m an eternal optimist who believes it’s never too late for people to grow, evolve, and change. And that’s exactly what I think is so strong about Humphrey Bogart’s character of Rick Blaine. He basically starts off the movie saying, ‘I don’t help nobody.’ But by the end, he’s sacrificing everything to take on the Nazis. The way the Epstein Brothers, Howard Koch, and Casey Robinson crafted that character gives me hope every single time I watch the film. When writers feel the need to develop rich character arcs, Casablanca is a master class,” declares screenwriter, producer and USC School of Cinematic Arts professor Trey Callaway.

Casablanca transports the audience to a poignant depth unmatched by any love story told since. The beauty of Casablanca isn’t only the execution through the eyes of Curtz, but the words written on 127 white pages from fade in to fade out.