Holiday films screened during major holidays are as sure as horror films screening at Halloween. Mark Sevi spoke with mega-producer Carol Baum about how screenwriters can best position themselves to sell their screenplays into this market which consistently looks for this material every year.

Hallmark is the biggest producer of these films. According to Carol Baum, last year Hallmark produced over 90 holiday films of all stripes: Christmas, New Year, Easter, etc. Hallmark is to holiday films what SyFy is to creature features. They have carved themselves a successful niche and they are experts at filling it. Ms. Baum, who has produced a number of movies for Hallmark and has more slated for 2020, said “if you’ve written a great film and they want to take it to Hallmark, they will find a way to make it a holiday film.”

This is an important point because a holiday represents the world in which the story is told. A Christmas film doesn’t necessarily have to be about Christmas and what it represents, but more broadly, a story that happens at Christmas time. Screenwriters should therefore broaden their views on how to capitalize on this genre.

Think in terms of a holiday-themed romantic comedy to start, such as boy meets girl, boy and girl are forced apart, boy and girl reunite. Okay, there a few more elements to making a romcom work, but you get the idea. 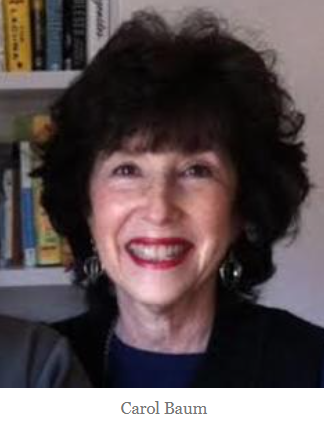 2) She’s waiting for a promotion or is sent to her hometown (or nearby) to solve a pressing company problem.

2a) Or, as in one movie, she goes to her hometown to save a theater she loved when she lived there from being demolished. This taps into her childhood so she can be reminded of the innocence of her past. Cue abundant poignant character moments. Awww. Perhaps she also has some personal unresolved issues she must confront?

3) She travels to her Hallmark Card hometown. It’s the kind of place you’d want to live, similar to Stars Hollow in the TV show Gilmore Girls.

3a) The town must be decorated and appointed accordingly. If it’s Christmas, pack your screenplay with snow, hayrides, snowball fights, tree lightings, decorating, gift exchanges, and holiday shopping.. Ms. Baum says the more Christmas the better. Better throw in a scene of kids being asked what they want for Christmas while sitting on Santa’s knee at the mall for good measure.

4) An old (high school/college) boyfriend is there – or perhaps a man she never paid much attention to previously, but now is a hunka-hunka burning love. Don’t turn up the heat too much to avoid burning. A slow simmer ensures a family-friendly Hallmark rating.

5) They (boy/girl) have a seemingly insurmountable conflict that will keep them at odds with each other for most of the movie while they are falling love. Romantic comedy 101. For example, he is the real estate developer who is tearing down the theater that she has come to save. Both have a dilemma.

6) The boyfriend from New York or an ex from said city decides to pursue the main character to get her back and is coming to smalltown to woo her.  A rival suitor will cause untold complications. Who will she choose? You’ll have to keep watching.

7) Throw in some holiday themes such as redemption, forgiveness, hope, faith, or lost opportunities that now can be regained and mix well.

8) No snark, violence, death, suicide (like in It’s A Wonderful Life) or dark themes should be used. Perhaps to sell it that’s okay, but chances are they will be removed in a rewrite.

So where does that leave you? Surprisingly open to just about anything.

Take this example Ms. Baum gave me about a recent Hallmark movie.

A young, bright, ambitious girl has her engagement broken just before she’s about to visit her parents for the holidays in their small town home where she grew up.

She can’t bring herself to show up to the holiday event with the breakup hanging over her so she hires an actor to play her boyfriend. 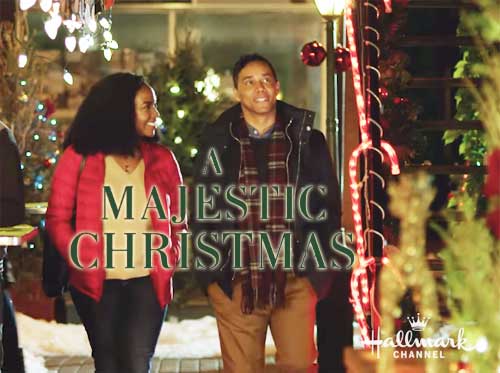 He overdoes it (he’s not a really good actor truth be told) and causes no end of problems as he overdoes everything.

They are in the clear at some point (and falling in love) but then the ex-fiancé decides he’s made a mistake and decides to come to the girl’s hometown to win her back. Time for more popcorn as the stakes are raised.

Oops.  It’s very complicated because if he comes and blows her scheme to shreds, not only does she have to admit she was dumped before Christmas, but also that everything she’s done and said since then has been a lie. Except perhaps for the genuine feelings she has for her ‘acting partner’ with who she had been slowly falling in love. What’s a girl to do?

That’s a fine, light film that celebrates not only the magic of love but the spirit of the holidays that we go into the holidays seeking. There is absolutely nothing wrong with a high-concept, light and airy, romantic comedy that reinforces values we can all appreciate. Done right, these films are profitable and enjoyable – added bonus, you can watch them with the whole family in front of the fire while wrapping presents and drinking cocoa.

Which brings me to my last point which is really just Screenwriting Business Basics.

My first film for SyFy Channel was a negative acquisition meaning the film was shot and then bought by SyFy. They had no control over content.

My second film for SyFy was a script doctor assignment and it was strongly suggested that in writing the script (I did a full page one rewrite) that I follow certain now-established requirements for creature features.

The point is, any production company that does genre-type films has rules. Learn them and follow them to the best of your ability. It’s not that hard given all the resources we have today to find and identify production companies and write specifically to the markets they cover. Most companies will give screenwriters details of their current development remit.

If you look at holiday films as genre films with specific criteria necessary to their construction, you can easily find a way to write one and hopefully sell it.