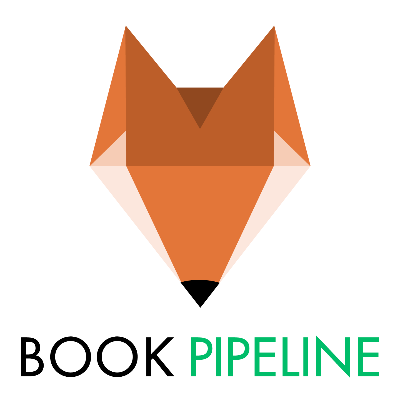 This Program is Currently Accepting Submissions

The 2023 Book Pipeline: Unpublished contest is exclusively for unpublished manuscripts across eight categories of fiction and nonfiction:

Select publishers and agents get first look at the top selection for each category, including Katherine Tegen Books, Creative Artists Agency, and Verve Publishing.

Unpublished fiction and nonfiction may be submitted to the following categories.

Sample Titles: Less, The Orphan Master's Son, The Goldfinch, All the Light We Cannot See, Where the Crawdads Sing, The Overstory.

Subgenres include but are not limited to: Psychological Suspense, Crime, Horror, Hard-boiled/Noir, Legal/Medical, and LGBTQIA+.

Sample Titles: The Girl on the Train, Gone Girl, The Long Drop, The Last Mrs. Parrish, The Associate, Sharp Objects.

Subgenres include but are not limited to: Dystopian, Steampunk, Supernatural, Post-Apocalyptic, LGBTQIA+, and Speculative.

Sample Titles: The Martian, Ready Player One, The Handmaid's Tale, Station Eleven, The Power, The Bear and the Nightingale.

Subgenres include but are not limited to: Contemporary, Regency, Romantic Comedy, Romantic Suspense, Gothic, and LGBTQIA+.

Sample Titles: The Keeper of Lost Things, Wish You Were Here, Red, White & Royal Blue, One Italian Summer, If I Never Met You, The Siren of Sussex.

For readers between the ages of 12-18, Young Adult (YA) subgenres include but are not limited to: Contemporary, Historical, Sci-Fi/Fantasy, LGBTQIA+, Romance, and Nonfiction.

Sample Titles: The Hate U Give, The Hunger Games, The Fault in Our Stars, You Should See Me in a Crown, Thirteen Reasons Why, The Perks of Being a Wallflower

For readers between the ages of 8-12, Middle Grade (MG) subgenres include but are not limited to: Contemporary, Historical, Sci-Fi/Fantasy, LGBTQIA+, Action/Adventure, and Nonfiction.

Sample Titles: A Wrinkle in Time, Bridge to Terabithia, Wonder, Because of Winn-Dixie, Out of My Mind, The Crossover.

For readers between the ages of 2-8, Picture Book subgenres include but are not limited to: Rhythmic Books, Board Books, Concept Books, Early Readers, Folk/Fairy Tales, and Nonfiction.

Sample Titles: Little Wonder, The Leaf Thief, How to Catch a Dinosaur, Stacey's Extraordinary Words, Yasmin the Gardener, Shark Lady: The True Story of How Eugenie Clark Became the Ocean's Most Fearless Scientist

Subgenres include but are not limited to: Autobiography, Memoir, Biography, Historical, Creative Nonfiction, and Politics.

Sample Titles: Wave, Between the World and Me, Wild: From Lost to Found on the Pacific Crest Trail, I'll Be Gone in the Dark: One Woman's Obsessive Search for the Golden State Killer, Midnight in Chernobyl: The Untold Story of the World's Greatest Nuclear Disaster, The Splendid and the Vile: A Saga of Churchill.

Book Pipeline connects writers worldwide with publishers, agents, and the film industry. Through three divisions—Unpublished, Adaptation, and the upcoming Comic Books (launching in 2023)—the company seeks both new and established storytellers. Additionally, through its Workshop, Book Pipeline aids creators in identifying key issues early on in their writing process with an experienced team of professional editors.

Since the division’s rebrand in 2020, Book Pipeline has helped many authors secure literary representation and publishing deals through its unique, long-term, hands-on facilitation process.

In total, across Book, Film, and Script Pipeline, approximately 25,000 pieces of creative material are reviewed annually, with over 4,000 entries submitted to Book Pipeline in 2022.

Learn more about Pipeline Media Group, as well as Pipeline Artists, a platform designed to educate and uplift creatives in the arts.

WHAT ARE THE DEADLINE DATES?

HOW DO I REGISTER?

Fill out the required fields on the right-hand column of this page, continue to the next page, indicate your payment details, and click "submit." Files may be sent by email or uploaded during this registration process. You'll receive a confirmation email with further info after registering.

DO I NEED A COMPLETED MANUSCRIPT?

WHAT IF I GET PUBLISHED AFTER ENTERING?

If your book is under agreement to be published, or is later published (traditional or self) after entering, it would be ineligible to compete. Please reach out to us to remove your submission from the contest.

WHAT HAPPENS WHEN I WIN OR PLACE AS A RUNNER-UP?

Prior to industry circulation, Book Pipeline works with the individual authors to help edit and polish their materials.

We also work long-term with writers and assist them in finding publishers and reps that would be the best fit for their story. Note that Book Pipeline does not take a percentage of any publication fee or advance, nor do we personally represent authors. We simply help make introductions to industry.

HOW SHOULD I FORMAT MY SUBMISSION?

We don't have any specific requirements as far as format, but industry standard formatting (font, spacing, etc.) is preferable.

Attached PDF or Word docs only. We do not accept materials copy and pasted into the body of an email.

IF I'M SUBMITTING A BOOK AND IT SPILLS OVER THE 5,000 WORD COUNT LIMIT, IS THAT OKAY?

That's completely fine. If you want to send in selected text--say the first two chapters--and a natural break occurs around 6,000 words, that's acceptable.

WHAT SHOULD I INCLUDE IN MY SYNOPSIS/PROPOSAL?

For fiction, your synopsis should be a general summary of the story, hitting on the major plot points, beginning to end. If you have part one of a broader series, you could send an overview summary of the entire series.

For nonfiction, proposals can vary widely in both length and content. But, generally included are (but not necessarily in this order): a general overview; the book’s potential position in the marketplace; the author’s platform/background; relevant comparative, already-published titles; a plan for marketing the book; a chapter-by-chapter outline; and sample chapters. This is by no means an exhaustive list, and it's highly advised to seek out samples so you can properly structure your proposal.

Essentially, for judging, we need to get a sense of the complete project's conceptual and narrative scope. This, combined with the writing sample, will help us make the final determination. It's highly advised to seek out synopsis and proposal samples so you can properly structure the summary.

WHEN ARE THE WINNER ANNOUNCEMENT DATES?

Yes, applicants outside the US are welcome to enter any Book Pipeline contest. However, we only accept works that are written in the English language.

DO I GET FEEDBACK ON MY ENTRY? DOES IT COST EXTRA?

Feedback is not included on Unpublished contest entries.

However, contest entrants may request a separate Workshop Evaluation for an additional fee. Workshop Evaluations are kept separate from the Unpublished judging process---feedback is given by a different executive and have no bearing on contest results.

WILL YOU ACCEPT PITCHES ONLY?

We'll accept full nonfiction book proposals, however pitches for film and television may be submitted to the Script Pipeline Movie or TV Show Idea Competitions.

DO I RETAIN THE RIGHTS TO MY WORK BY ENTERING?

Yes. All rights to the material remain with the writer, no matter their final standing in the contest. Further, material is not sent to industry without the author's consent.

NOTE - a synopsis is required for all submissions.