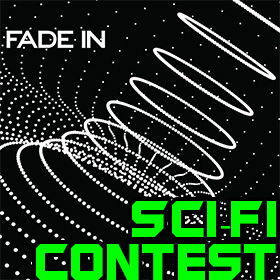 This program is currently closed

The 22nd Annual Fade In Awards, bringing you nine specifically tailored contests for 2018. Submit a script, web series or short to the Fade In Awards Thriller Contest. Twenty-one years experience jump-starting the careers of aspiring screenwriters and filmmakers, by first mentoring then introducing them to some of the most important industry contacts of their lives. Fade In Award winners have gone on to both sign with major Hollywood talent agencies ICM, UTA, CAA, WME and have their winning screenplay/teleplay made into feature films and television shows (e.g., The Blacklist, Hard Powder (2018), Blades of Glory, Adam, Office Christmas Party, If Only).

The Blacklist Executive Producer/Creator Jon Bokenkamp calls his decision to enter the Fade In Awards, “The most important moment in my career.” “When CBS Studios producer Todd Nelson encouraged me to submit, my inclination was to say, ‘No.’ I remember thinking there was no way I could afford it. But my script Preston Tylk won and got me an [CAA] agent. It was huge for me.” Bokenkamp went on to work with Angelina Jolie and Halle Berry on Taking Lives and Perfect Stranger, respectively.

The Fade In Awards Thriller Competition is open to aspiring screenwriters and television writers of screenplays and teleplays, and filmmakers of both web series and short films. Judges are looking for compelling, genre-bending material (e.g., Psychological, Supernatural, Suspense, Political, Action, Tech) grounded, character-driven, elevated and written in a unique voice or filmed with an attention to detail.

The Fade In Awards deliver by working closely with finalists to make sure their contest submission gives them the best chance at launching their filmmaking career. That’s why Hollywood’s A-list buyers and reps call the Fade In Awards one of the best screenplay contests and short film competitions in the world.

May I submit a script that I’ve written with a writing partner? Yes, as long as your partner is listed on the application as a co-writer and you have their permission to enter.

My project is based on a book. May I still enter? If you have Intellectual Property rights to the underlying material or the material is in the public domain, you may enter a screenplay or teleplay adaptation.

I would like to enter more than one project into one of your competitions. Is this acceptable? Yes. You will need to enter any additional submissions after the initial one under a new application and additional entry fee.

May I enter the same project into different competitions? For example, I’d like to enter my thriller based on a true story to compete in the First Ten Pages, True Story/Biopic and Thriller contests. Yes. Each submission will require a separate entry form for the competition you’re looking to enter and entry fee.

May I enter the same project as entered previous years? Yes, if you have since made revisions to the project or placed previously you are welcome to enter it again.

Will I have the option to submit a revised version of my project prior to announcing finalists? No, unfortunately, we cannot take multiple versions of the same project once the deadline to enter has passed and judging has commenced.

Do you accept teleplays? Yes. We accept half-hour, one-hour, movies of the week, mini-series and limited series.

Are my rights to my material retained if I submit to one of the competitions? Yes, you retain all rights.

May I enter a project that is currently under option? No. Your project cannot be under option or contract at the time of submission, during the judging process or when named a finalist. If you enter into an option agreement after entering, please contact us to remove your entry from the competition.

Once my material has been selected as a winner, what is the process that I am agreeing to by signing the application? Our first priority is to help you with any needed editing, revisions or polishes prior to making any formal press releases to the Trades about your win. Once we’ve addressed with you any reason a representative or producer may come back and say “No,” we move on to the next stage of the process, which is marketing. As one of the longest running competitions in the industry, our contact list of representatives from New York to Los Angeles is vast. And because we have maintained a record of discovering new talent that go on to become professional working (A-list) filmmakers, these representatives take our finalists seriously. Your screenplay/teleplay, short or web series may be requested by producers, agents or managers for their consideration. Another part of our process is disbursement of prizes. Once you’ve been selected as a winner, you will be asked to fill out a W-9 tax form, as we are required by law to report all winnings to the government (unless you reside out of the country). Once we receive all finalists’ tax forms we disburse prizes within approximately 120-180 days.

There are so many competitions out there now, what makes your competitions ones to enter? If your goal to entering a competition is to get results (i.e., signed, optioned, produced, etc.) then simply look at the results the competition you are looking to enter gets for their winners. We have had the most sales, options and agency and management signings of any writing competition, sans the Nicholl’s. Our winners have gone to make The Black List (NBC), Blades of Glory, Wedding Crashers, Taking Lives, Javelina, Adam, If Only, ClayPigeons, After Sunset, Preston Tylk and Perfect Stranger, just to name a few! Many of your finalists’ winning scripts are currently in pre-production at Warner Bros, Castle Rock and under option as a result of the competition.

How can I keep up-to-date on the competition, from the judging process to the announcements of finalists?

1. Electronic entries must be accompanied by the following:

2. Submissions must be an original work of the applicant/writing/directing team and not based, in whole or part, on another author’s work (unless underlying material is in public domain or underlying rights are in applicant’s possession).

3. Fade In Awards are open to filmmakers worldwide and thus are not limited to only U.S. entries. All entries must be in English or, if submitting video, subtitled.

4. Writing and directing teams are welcome to apply. If selected as finalists, both team members will determine how the applicable prize will be divided/shared.

5. Submissions may not be under option or with attachment(s) at the time of entry nor at the time the material is chosen as a Finalist or Grand Prize winner. If said submission has been optioned or sold during the judging period, the contestant will automatically be disqualified.

6. Judging consists of two rounds: Semifinals and Finals. Applicants will be notified of their advancement at FadeinAwards.com on the Notification Dates.

7. Applicant understands creative revisions may be required prior to setting up meetings/marketing to Hollywood buyers and representatives and therefore agrees to the process as outlined by the Fade In staff. Applicant also understands that if chosen as a finalist it is a requirement to sign both a general release and a W-9 tax form to receive all prizes.

8. Fade In reserves the right to grant less than or no awards, at its sole discretion, if a lesser number of, or no entries meet the submissions requirements and/or industry standards of excellence.

9. Fade In reserves the right to revoke or disqualify any finalist for a) breach of these terms, b) unprofessional behavior, as deemed by Fade In staff.