This entry is part 3 of 4 in the series Female Archetypes. Next up in our survey of the four major female archetypes, we have the Mother.

The Mother, as you might expect, has been around since time immemorial. Even before a context was built around her for literary purposes, she existed in oral stories and the origin myths of goddesses, and before that at the very least as a consequence of sexual reproductive biology.

And yet, the Mother is not necessarily defined by the act of procreation itself, but by what comes after. A Mother nurtures, teaches, and scolds. She feeds, shelters, and protects. She gives all she has, and then gives all she is, if necessary. Family tradition, structure, and development wouldn’t exist without her, or at least not in the enduring archetypal sense, even though single father homes are on the rise and have been for decades.

She is the keeper of the hearth, the businesswoman who works all day and takes care of the house at night, and the worker in the field with a papoose across her chest. Her responsibilities are so vast and evolving, it is a shame, but also no surprise, that we often take her for granted or expect sacrifice even after she has already sacrificed. 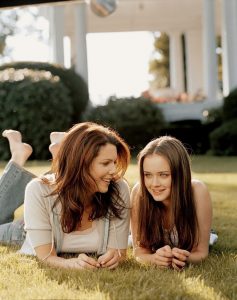 The relationship between a Mother and her child is so intrinsic to our understanding of narrative, that a story is generated simply by removing a mother, as it is in Kramer vs. Kramer or Two is a Family. Or by strengthening the mother-child bond to a ridiculously enjoyable level, like in Gilmore Girls. And a villain is born simply by making her a Terrible Mother, the shadow of the archetype, as it is Mommy Dearest or Precious.

And the social pressures of motherhood are so ingrained in us that we can actually exploit the Mother archetype in a number of unique and interesting ways. We can explore the pressures and unrealistic expectations of modern motherhood in a comedic way, like in Bad Moms. We can exaggerate our story to the level of myth, as Darren Aronofsky’s Mother! proves in spades. And we can even push those societal pressures to the extreme by asking whether a Mother can, and indeed should, still love a child she conceived with the devil, as in Rosemary’s Baby and Eli.

The Mother archetype is often considered the strongest of them all, in no small part thanks to how much responsibility we place on her. It is also in part due to her mythological predecessors, such as Kali and Gaia. Mother goddesses in many faiths were often both deeply creative, literally creating the creatures and people who populated the Earth, and unabashedly destructive, by mercilessly destroying those who displeased them. Including their own children.

The Mother archetype is still associated with raw power today. We hold alight stories of mothers who ran into burning buildings or lifted cars to save their children, and react with deep disgust to stories about mothers who drowned their children or abandoned them. Mothers have the power to give life and the power to take that life away, and in that crucible, conflict is born. The positive side of this archetype is often considered “natural,” while the dark side is “unnatural,” despite both instincts often existing within the same character.

The most curious aspect of the Mother archetype, however, seems to be what is probably its most reductive quality – above all else a Mother has a keen understanding of her responsibility to someone other than herself. Whether a Mother takes responsibility for a monster or an angel is almost secondary to whether she raises and mentors them as she believes is proper. The Addam’s Family’s Morticia, for example, may be a romantically macabre creature of the night who lets her children play with electricity and behead dolls, but no one would ever accuse her of being a Terrible Mother. In fact, when her third child, Pubert, comes down with a case of rosy cheeks and flowing blond hair, she stoically takes up the charge to raise him even if, heaven forbid, she has to start reading Dr. Seuss to him. 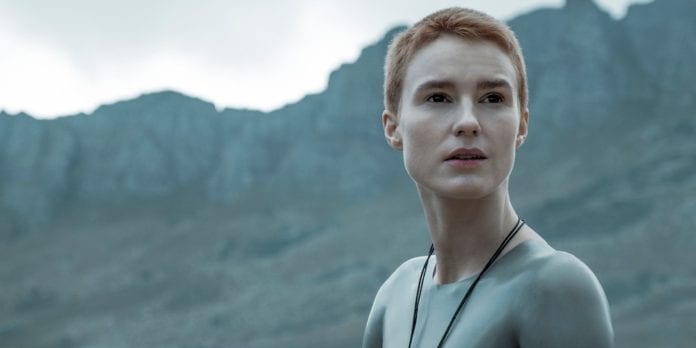 As a second example, in the show Raised by Wolves the character of Mother often does objectively questionable things like obliterating an entire spaceship and kidnapping its children, but even when her son Campion questions her actions, there is almost a natural inclination to side with her because of her dogmatic devotion to protecting her children at all costs.

This “chaotic urge to life,” as Jung might have called it, cuts right to the heart of the Mother archetype. Her actions may appear from the outside to be non-rational, and sometimes even supernatural, as Dr. Joan Relke from the University of New England puts it, and yet we accept it without question. It rarely seems unreasonable. There is a primal understanding in our collective consciousness that the Mother wields a power bigger than herself, for a purpose greater than herself, and in so doing becomes great.

And just like every archetype, Mother evolves with the times, our interpretation of her changing as we change, reflecting our greater purposes as women as we choose them for ourselves. Greta Gerwig ends her vision of Little Women, for example, with Jo figuratively giving birth to her novel, watching through the window like an anxious, excited parent, as copies of her book are printed. A subtle shift, to be sure, but a shift, nonetheless.