Why High Concept Films Are Popular In Hollywood

It’s one of the mainstays of Hollywood – the High Concept. Some add the word pitch to that to indicate that it’s done mostly to people interested in buying a project. Either way, it’s an important part of how the business in show business is done.

What Is High Concept?

In a nutshell, it’s a quick description that generates images of a unique story.

I remember the first time a High Concept was explained to me. It was “Arnold Schwarzenegger, Danny DeVito in Twins.”  That movie is over 30 years old and I can always recall the chuckle I had when someone pitched it to me as an example.

Inception is high concept. A team of (mind) hackers goes into your subconscious mind to peel off your secrets. Corporate espionage in the virtual world. Tron meets Dreamscape meets The Cell. But Christopher Nolan has many layers that we’ll discuss later that made it even more compelling.

Predator is high concept. In a few words: An alien hunter – of humans. 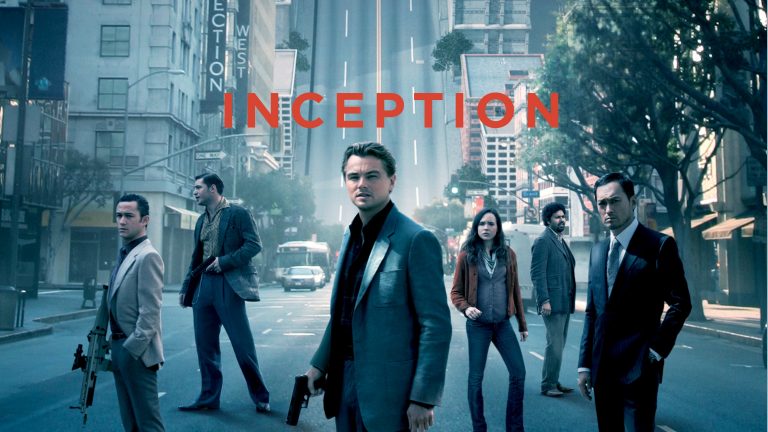 An even tighter description of a high concept movie is just the title: Robocop.

How about Abraham Lincoln: Vampire Hunter?

As you might have intuited, drama doesn’t easily lend itself as well to high concept. Dramas get a lot of notice during awards season, but they’re not easy to define other than being “execution-dependent.” They do lend themselves to pitches which are an elongated version of a high concept concept but they are not quite as compelling because it takes more to get the cinematic jist.

Films like Moonlight, Being the Ricardos, Lincoln, etc. have both interesting stories and conflict at their core, but they don’t instantly give you a flood of images if you pitch them. Contrast with Sharknado or Snakes on a Plane – you get those instantly. You need both the concept and conflict to be there. Implicit in the title (and pitch) of Terminator or How the Grinch Stole Christmas  is both.

In Space, No-one Can Hear Your Pitch

Putting a spin on previous high concepts is a great way to grab a script sale. 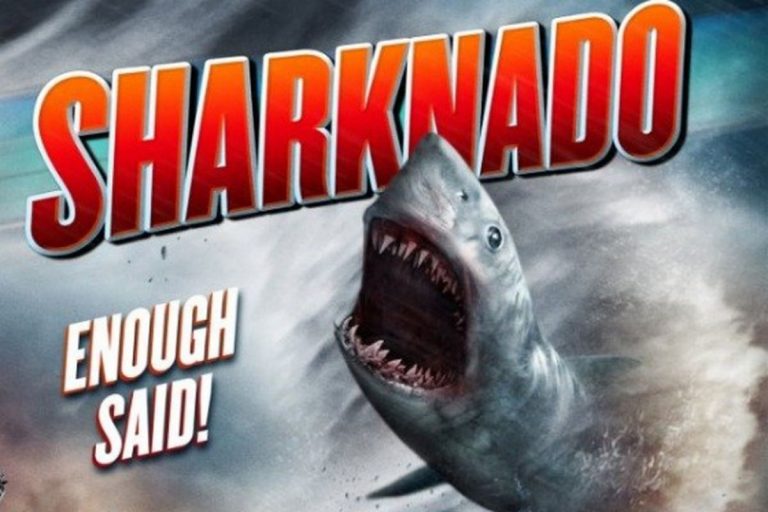 Science fiction especially has always asked the question “what if?” – the inner core of any high concept pitch. Anthology TV series like The Twilight Zone and The Outer Limits asked and answered that question every week. Along the way, the idea of aliens trying to kill us which filled the screens in the 50s and 60s became old and tired, and even though it once might have been high concept, the ultimately benign, redemption-oriented aliens have almost completely taken their place in today’s market.

Interstellar, Starman, 2001: A Space Odyssey, Arrival, Close Encounters of the Third Kind, and Contact feature alien races trying to save mankind not destroy it. A different slant, but at their core the high concept is intact: aliens. Are we alone in the universe?

To be succinct in answering this question: maybe.

When Superman premiered as a comic book in the late 1930s he was unique. Certainly, mythology featured gods and goddesses with superhuman powers but Kal-El from Krypton was a modern-day first. He combined traits like super strength, invulnerability and other abilities with secret identities and costumes. Others may have had some of his pieces but no one character featured his whole.

Since then, it could be argued, there hasn’t been a truly unique take on the genre so all comics and superheroes that stemmed from that 1938 comic don’t really count as high concept as much as derivations.

Others would scoff at that and say superheroes are always inherently high concept. But, for example, is it fair to say that Hancock, an alcoholic and careless modern-day superman, is a true high concept or just a modified slice off the Superman pie?

There are vociferous opinions on both sides.

Building The Elements Around A High Concept

So maybe you’ve got a concept that excites you and it feels like it could be commercially viable given the way Hollywood salivates when it finds something it likes.

Your job is just starting.

Many high concepts involve fantastical worlds that support the concept, but it’s the characters within that world who really compel and propel the story.

Take away all the sci-fi, fantasy, or supernatural elements in any movie and what you have left is basically a solid character story. That’s the true goal.

Hamlet has a ghost in it, but the story isn’t about ghosts. It’s about betrayal and very mundane, human vices like greed and lust.

Liar, Liar features an attorney (Jim Carrey) who has spent a lifetime lying and now is forced to tell the truth for one day. The high concept has a fantasy element to it but that fantasy element could be removed and you’d still have a terrific and compelling film as Carrey’s character struggles with coming to grips with a lifetime of falsehoods and a pattern of behavior that must be discarded.

The Matrix is a world where physics doesn’t seem to apply because the world is generated by AI. It can be controlled and changed once you take the red pill. That’s a great concept. But at its core, Neo is an everyman – John Doe, who is struggling with his own identity and resisting this universe’s wish that he become a messianic character. We can relate. How many of us have struggled against change, not wanting to embrace our fate? We all live in a low-concept world, but Neo’s journey in his twisty reality is wholly familiar because at the end of the day it’s his journey that’s important, not as much the ability to dodge bullets or climb up walls.

But the world is important. It’s many times what creates the high concept elements of the story we’re telling.

Your world has to be consistent to the concept and that might involve fantastical elements that play into the story.

Avatar takes place on the moon Pandora 150 years from now. It features 10-foot tall natives who live in concert with their world. Part of the story is that there’s a mining operation in this world which is effectively destroying it. The mining company is governmental-commercial, and para-military. They surround themselves with traditional armor because the world’s atmosphere is poisonous. However, there are also anthropologists who need to be closer to the natives and they use avatars of the Na’vi to explore their culture. This is the crux of the high concept since they are able to inhabit the artificial Na’vi bodies and blend in to  become natives. This key concept is merged with the unique world and culture of the 10-foot natives whose entire world is interconnected in harmony. Add in a character who is in a wheelchair but experiences the joyful ability to walk again when inhabiting his avatar and you’ve got a winner. The phrase “going native’ has never been clearer.

Without Hogworts, Harry Potter would be much less compelling. Certainly wizards have existed before this (Doctor Strange – the comic) but the concept of a wizards’ school makes it unique. It’s also very compelling; how many of us would have rather gone there than the school we did?  Sign me up.

Obviously, movies like Avatar have parallels to what various cultures have experienced in our world, and again, obviously, there’s a direct parallel to the constant abuse of our own natural resources here on Earth. The world of Pandora thematically reflects what we’ve seen in our historical and daily lives. It’s a love poem to respecting cultures and our planet.

Big themes and cautionary  tales are historically what scifi has always been about, and since many, many scifi films are high concept those two parameters marry well.

Films with broad (four-quadrant) appeal are high concept. They tend to please a larger audience and have more opportunities in the secondary market, i.e. streaming after theatrical release or concurrent release (simultaneous streaming and theatrical) than low concept movies. 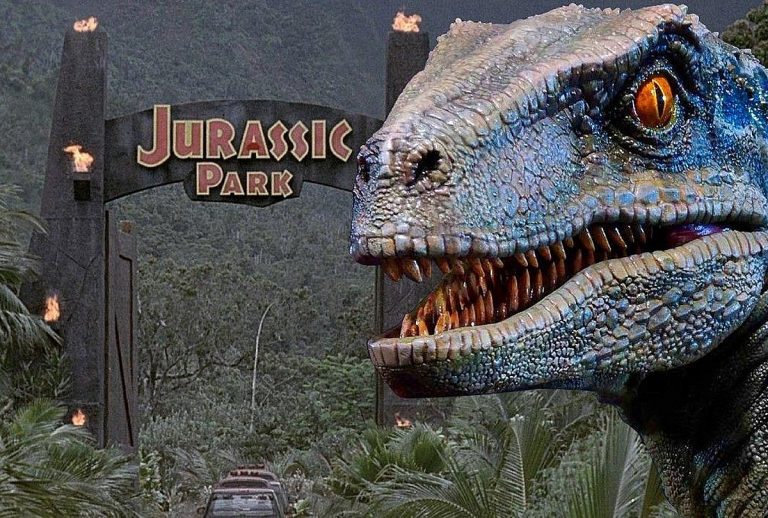 Jurassic Park, Alien, Jumanji, Toy Story, etc. were huge films with billion-dollar box office returns that also came with multiple sequels because audiences not only flocked to them, but told their friends and came back to watch them again. Then came the merchandise. Many high concept films are so-called ‘date night’ movies. They please both partners (or a group of friends) in that particular social interaction and in streaming they gain either another viewing or another, different audience.

Lest we forget, high concept has been around for centuries. Greek and Norse myth, The Epic of Gilgamesh, Native American oral histories – all have numerous examples of high concept in their tales. Frankenstein, Dracula, Doctor Jekyll and Mister Hyde have literary beginnings that became iconic high concept movies that continue to this day to sell tickets. In order to sell tickets, they need to be entertaining to just the cost of their bloated budgets.

Finding that high concept won’t guarantee your script success, but it will increase the chances of your work getting looked at. If Saw had not been high concept it might have still sold but it probably wouldn’t have generated the eight sequels (and a rumored 10th film) after the original. The concept of Jigsaw, a serial killer who doesn’t actually kill anyone directly, became a license to print money because it keeps on selling itself over and over again as a viable story concept.

So take some time to refine your concepts. It’s important.

2-Be as unique as possible.

3-Pitch it in as few words as possible.

5-Find something that generates multiple possibilities and images in someone’s mind.

Understand the films that have been sold and made are because someone somewhere came up with an instantly compelling idea and married it with a fantastic character that could then be thumb-nailed into a successful motion picture.

There is nothing more show business than a high concept.