This entry is part 2 of 2 in the series Mental Health:

Accurate representation of mental health issues and recovery (or not) are only two considerations for screenwriters. Dr. Kooler advises writers to be more mindful of the language used in films and television shows. He prefers the term “dying by suicide” to “committing suicide.” Despite the seemingly minor nuance, he aims to destigmatize mental health issues by separating the person from the disease. Someone isn’t a schizophrenic, but rather, they are “suffering from schizophrenia.” This distinction indicates that these conditions are treatable, or at least manageable.

The proportion of people suffering extreme mental health issues is relatively small. Yet we spend disproportionately high amounts of screen time talking people off a cliff when we should be focusing on de-escalating “the journey to the cliff.” One of the key problems with how these mental health extremes are frequently portrayed in on our screens, is that they are not linked back to an origin story (or only superficially so) or the journey to these behaviors. The buildup is often note realized until it becomes serious.

Film and TV shows rely on audiences to make them a critical and commercial success. Writers are constantly faced with the dilemma of balancing glamorization with dramatization to achieve these ends. Dr. Kooler cites the abundant use of illicit drugs and alcohol on our screens, although smoking having been largely eliminated from our screens. Drugs and alcohol are often portrayed as both as pre-requisites for a good time and a coping mechanisms when life’s stressor’s become too much. 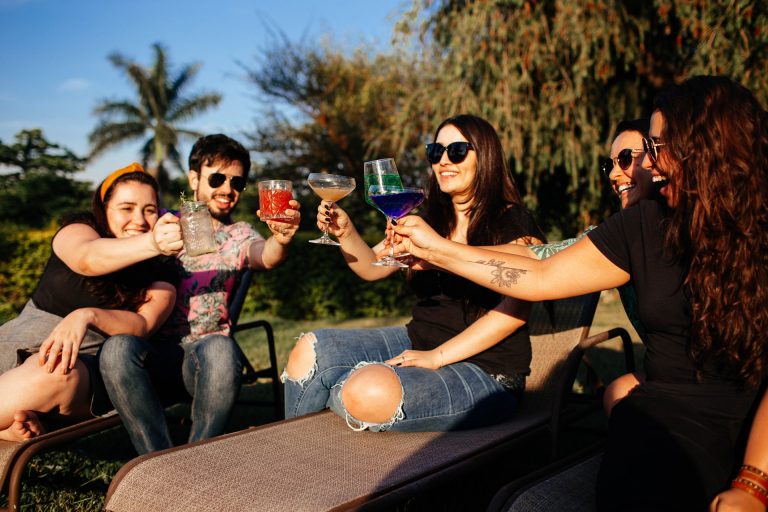 Unwinding with a bottle of wine after a hard day is far too easily accepted. Perhaps it’s time for writers to show healthier and more effective alternative on screen? Pontificating with “Just Say No” messages won’t change the public mindset. Writers need to show the consequences of unregulated behavior on screen.

Characters suffering from drug addiction are often superficially dismissed as a victims of bad circumstances or simply making a series of bad life choices.

Not all mental health challenges can easily be depicted on screen. Some manifest more subtly, or not at all, especially if the sufferer withdraws or avoids social contact. There are also over-compensating behaviors to disguise significant underlying issues of depression, phobias and traumas. Consider the scenario of the always smiling prom queen who has the world at her feet taking an overdose for no ostensible reason.

This is exacerbated because many people with mental health challenges often don’t fully realize they have them at first. We all experience low moments in our lives, but they should not be the basis of our lives.

They may sense something is not right internally, but they mistakenly believe it will pass without addressing it. Dr. Looker said, “You may have characters with minimal symptoms of obsessive compulsive disorder or anxiety at first. Then they become more noticeable leading to the realization something is wrong.” On screen, this can be a self-realization or behaviors noticed by a character’s family and friends. If it’s the latter, potent drama can be mined from a journey of denial to one of acceptance. Once they reach that point of acceptance, other characters can provide support and guidance to the resources available to change that behavior.

Sadly, not every illness is treatable, but at least, most are manageable. “Some of the more extreme cases are diseases of the brain and imbalances of brain chemistry.” Both on screen and in real life, some sufferers may self-medicate or be prescribed an inappropriate cocktail of medications, often with undesirable side effects. Although the closely-monitored use of prescription drugs can be beneficial, some suffers either don’t adhere to their schedules, or they stop taking their medications altogether. This causes the chemical imbalances in the brain to reoccur and the subsequent mental health issues to resume and escalate. “It’s a struggle of will for sufferers to control themselves to accept that their brain chemistry is out of balance.” One of the drawbacks of some drugs is that they dampen feelings and sufferers may not feel as vibrant as they would like.

There are some glaring examples of poor advice given to sufferers of mental health issues such as “It’s all in your head,” “Don’t be so sensitive,” or an outright denial of an issue even existing at all. This stems from a lack of empathy and understanding from a particular character. Although this may generate dramatic conflict on screen and an audience response, it doesn’t help the sufferer or their peers. “Telling someone to ‘pull themselves up by their bootstraps,’ ‘suck it up’ or, ‘we don’t talk about those things,’ doesn’t work when you’re talking about mental health. It takes a helping hand,” continued Dr. Kooler. 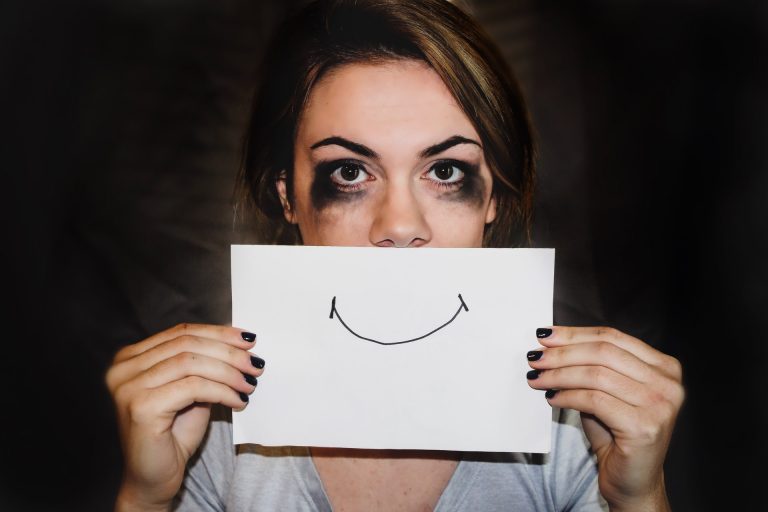 The importance of extensive research during the writing phase cannot be overstated, not only in terms of interacting with characters with mental health concerns, but also in laypeople making incorrect and dangerous diagnoses. A teacher, colleague or fellow student isn’t helpful by declaring that a character is on the spectrum, is bipolar, or using the terms psychopath and sociopath interchangeably without appropriate clinical training. While they may sound impressive to viewers, it isn’t helpful to a greater community understanding of them and our social responsibility as storytellers. Many writers don’t fully appreciate that such terms are a label on a person, rather than a label on an illness.

“Film and television characters shouldn’t make diagnoses on the fly without the clinical training. They tend to over-diagnose instead of de-escalating the situation.” Dr. Kooler’s overall clinical approach is to “intervene and de-escalate rather than engage, diagnose, and escalate up.”

Another common term that screenwriters should avoid is “trigger.” “Activate” is a more appropriate term to use in term of behaviors. This nuanced difference is significant because the term trigger is often associated with firearms and may bring a sufferer closer to self-harm or suicidal ideation. An ‘activating event’ relates to a previous trauma or adverse experience manifested in the current behavior. In many cases, parents or guardians weren’t as available to the sufferers during childhood leading to a life time of ailments. “Although younger people are often resilient, childhood traumas can have negative mental and physical concerns later in life.”

Another over and misused term is “crazy.” Crazy can mean outlandish behavior or behavior we don’t understand. “People aren’t crazy. They have a mental illness. Mental illness, like any other illness, can be addressed.”

Dr. Kooler also advises for screenwriters to be aware of how different cultures approach mental health. “Some cultures don’t want to acknowledge or address it.” In order to address this concern, it’s important for writers to create culturally competent role models on screen. This can generate a tremendous positive impact in addition to engaging drama.

Film and TV writers may want to consider stories where such cultures evolve and allow people to discuss their feelings in an open and supportive environment.

As a community, Dr. Kooler wants us to move away from being bystanders to being more empathetic and supportive. “If someone is having a panic attack, you want to engage with that person, but not surround them make them feel closed in.”

Film and television often coins the terms “rich people” and “poor people” problems. We’ve all seen the pill-popping husband or wife stressing over a pending multi-million dollar divorce settlement or being sued on television. Although these issues are real, they tend to be exaggerated or glossed over for the sake of ratings. The reality is that people from a lower socio-economic status are disproportionately affected by ongoing stress and anxiety as they struggle to get their basic needs met.

The term John Henryism, describes the physical costs of prolonged and elevated exposure to racial, social, and financial discrimination. Such stories are topical and contemporary in today’s society and make for compelling viewing.

Similar to on-screen characters quick to incorrectly diagnose someone as a “high-functioning sociopath,” we see far to many flippant uses of buzzwords like “on the spectrum.” These refer to learning difficulties associated with autism or Asperger’s Syndrome. Screenwriters should understand that these difficulties lie on a spectrum and sufferers can have learning difficulties or disabilities.

Dr. Kooler states that “there are many idiosyncrasies in the lives of many sufferers and they have adapted to allow them to function well and live productive lives.” 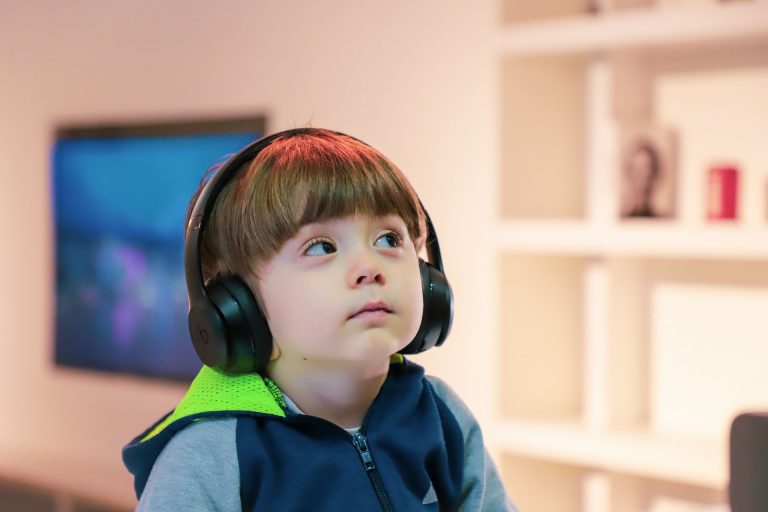 Unlike the mental health conditions previously described, many mental health experts don’t know the origins of learning difficulties. For instance, there are many children with attention deficit challenges in schools manifest in a variety of ways from inability to concentrate and focus, to being irritable, fidgety, or unable to sit still. Apart from falling behind in their grades, many of these kids are bullied. This additional dimension gives space for screenwriters to write stories about the relationships of these children with each other and their teachers.

There is a big push by film and television content creators to hire more writers and actors that are more representative of our communities via various diversity and inclusion programs. A more recent umbrella term is “neurodiversity” which embraces the natural variations of the way the brain processes information – emotions, social interactions, learning, mood, and attention.

Neurodiversity refers to differences in the way people are “hard wired’ rather than addressing these concerns as clinical symptoms that need to be treated. Typically, they include Attention Deficit Hyperactivity Disorder, Autism, Dyslexia, and Dyspraxia. Such people aren’t necessarily referred to as disabled, but rather requiring special needs or assistance.

Consider the television series The Good Doctor, which portrays an autistic doctor with savant syndrome (having abnormally high abilities such as an exceptional memory). Although there has been some heated debate regarding the accuracy of these conditions on the show, it has raised awareness of mental health challenges to viewers.

In conclusion, it behooves film and television writers to portray characters with mental health issues as fully-realized human beings rather than strictly focusing on their mental health. Naturally, their ailments may lead to life-limiting choices or inappropriate behaviors, but this should add to the drama, not define it. “That’s the art of storytelling.”

Writers should focus on the person rather than preaching a cause. That said, Dr. Kooler said, “The writer should deliver a message about mental health without the audience realizing they’ve been delivered a message.”

“The ideal on-screen character with mental health challenges should capture the emotions, tell you a story, and have you feeling different when you walk out than when you walk in.”

Audiences don’t want to be preached or educated. They want to feel connected to the characters’ journey. “How do you show the frailties of a character and their ability to rise above it?” That is what film and TV audience crave.