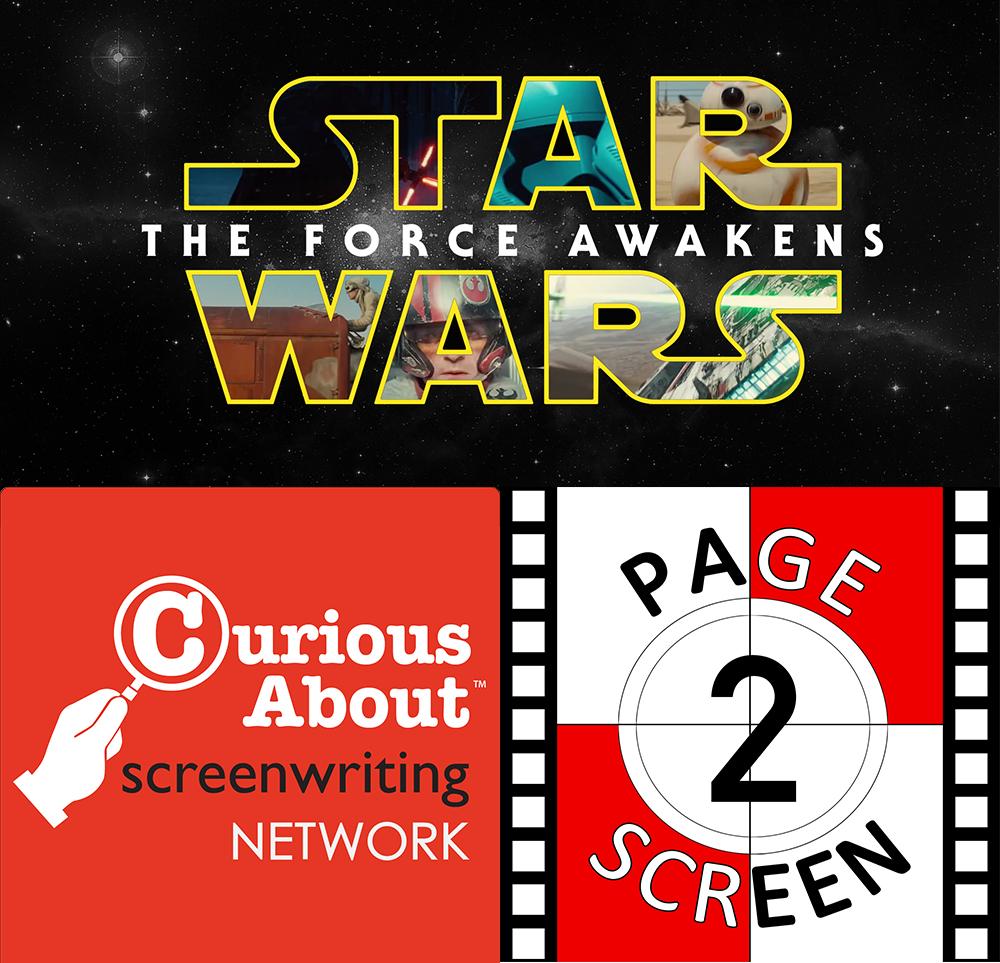 In special installment of the ISA's Page 2 Screen podcast series, ISA member and optioned screenwriter Derek Assaf returns to talk with host Jeff York about the new Star Wars movie - "The Force Awakens." Both of our ISA writers are big fans of the franchise, yet critical of some of its sequels, so that makes for an involving conversation that is both reverent and critical.

You'll hear how they think writer/director JJ Abrams approached the material and scripted something that paid homage, yet found a fresh, new take on the familiar. They'll also touch on the difficulty of writing sequels and why some succeed better than others. Additionally, they'll discuss Abrams' take on rebooting another Sci-Fi behemoth - Star Trek in 2009. And how the Sci-Fi genre continues to say a lot about the times we live in.

There is no bigger movie at the Cineplex right now, and the International Screenwriters' Association is proud to have two of our members dig into this franchise in such a timely fashion. As always, we hope you enjoy this edition of Page 2 Screen, and would love to hear your thoughts on Twitter. Our handle is @NetworkISA and Jeff's is @JeffYorkWriter. May the Force be with you!