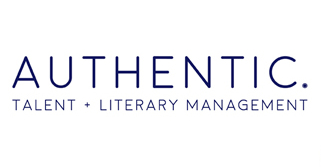 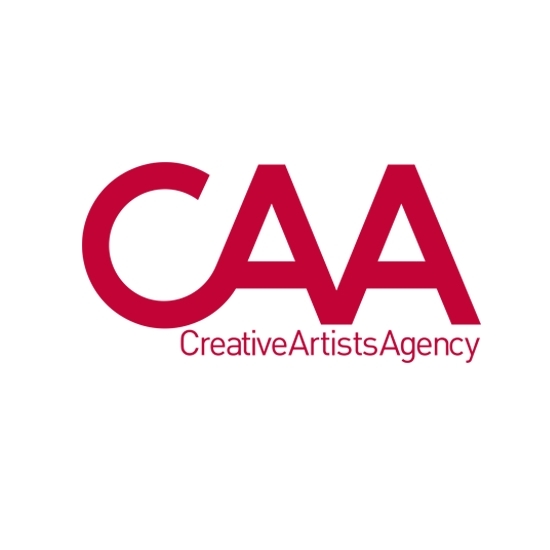 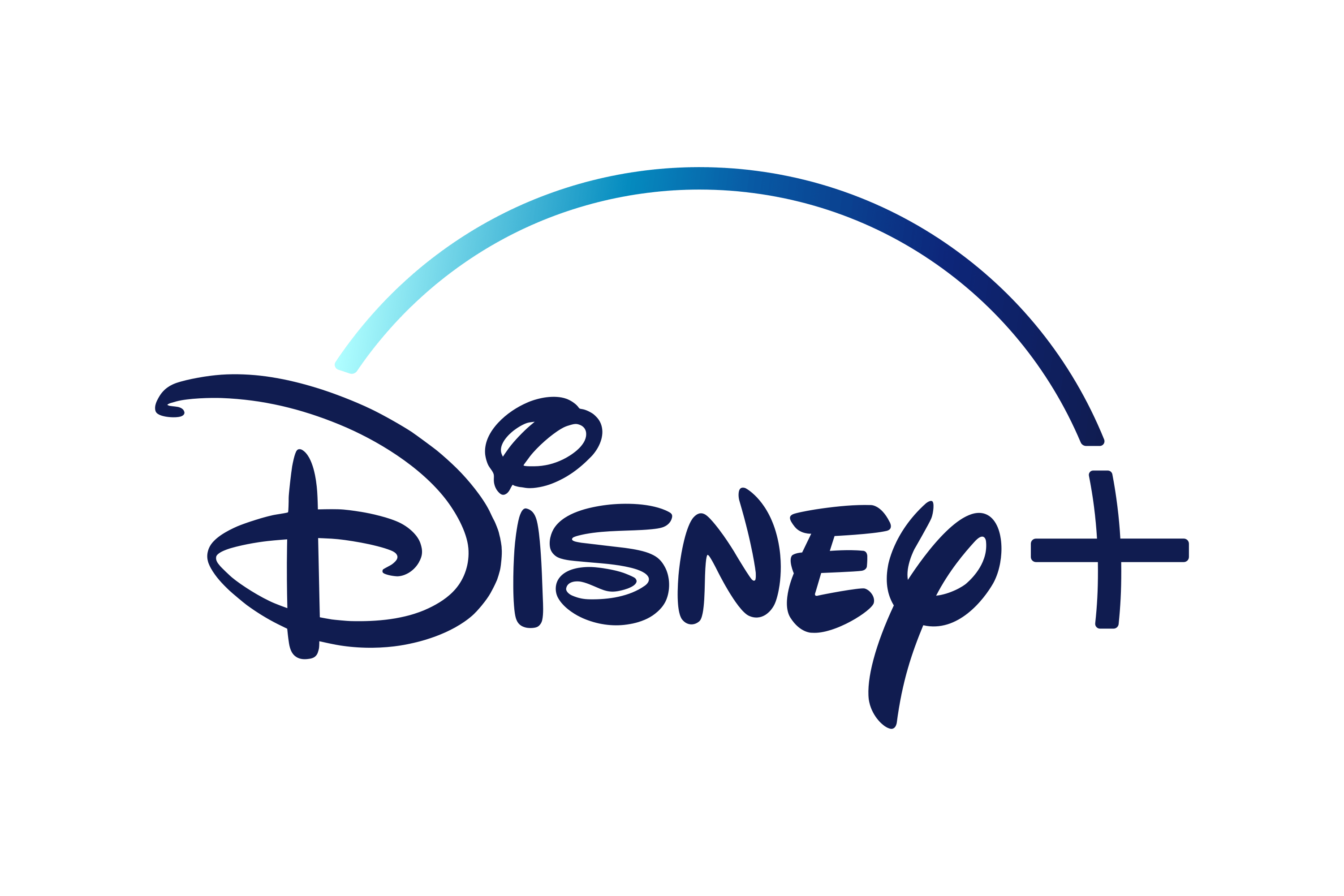 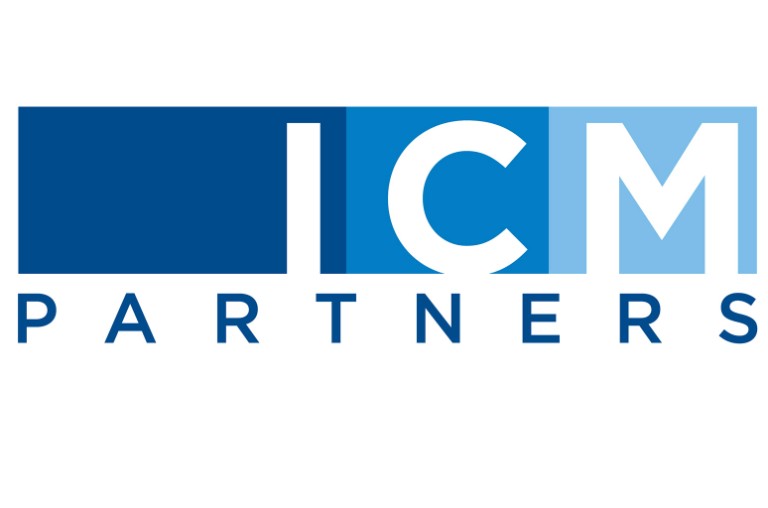 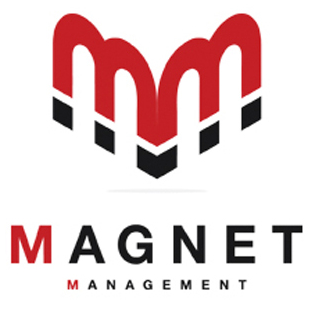 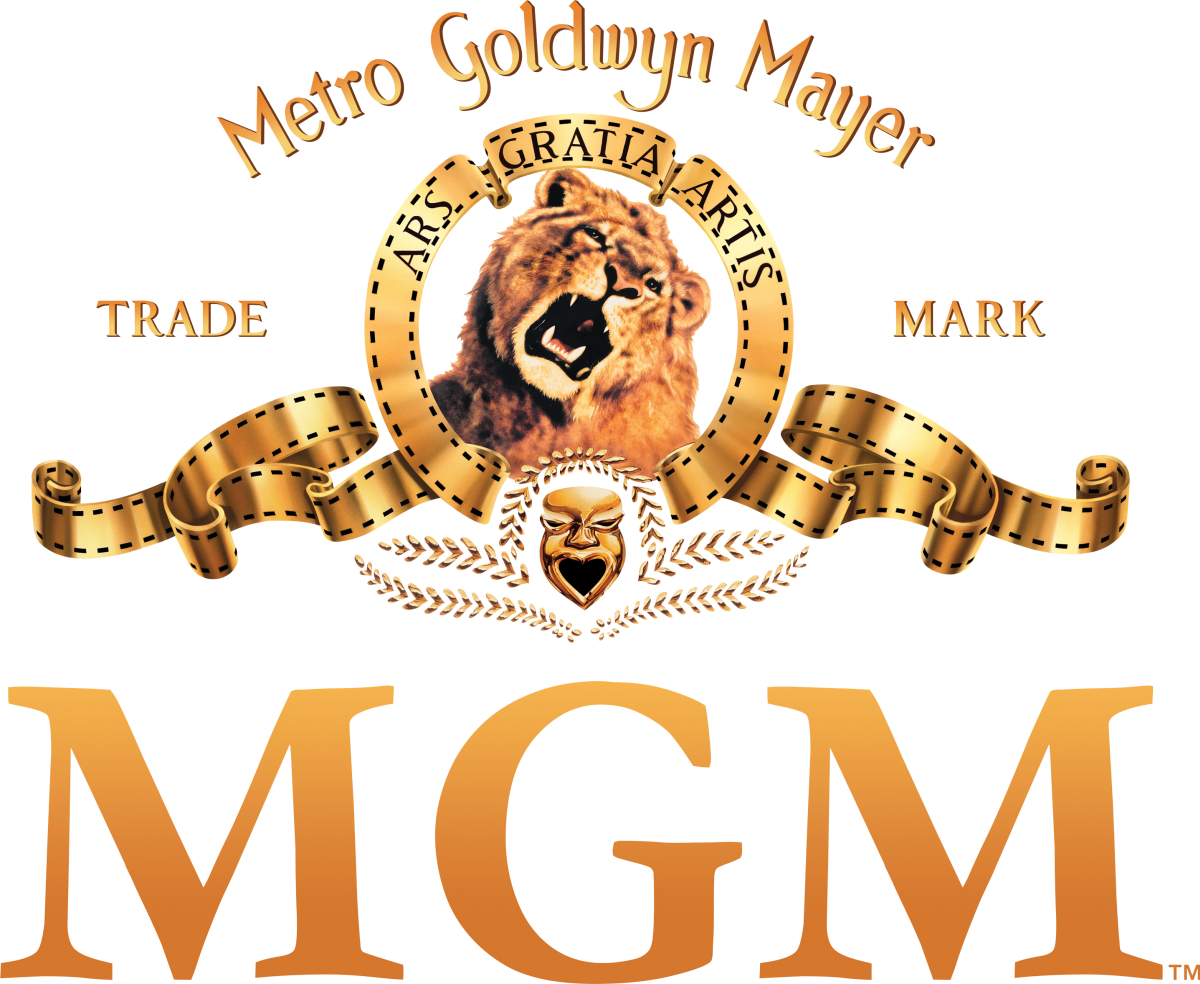 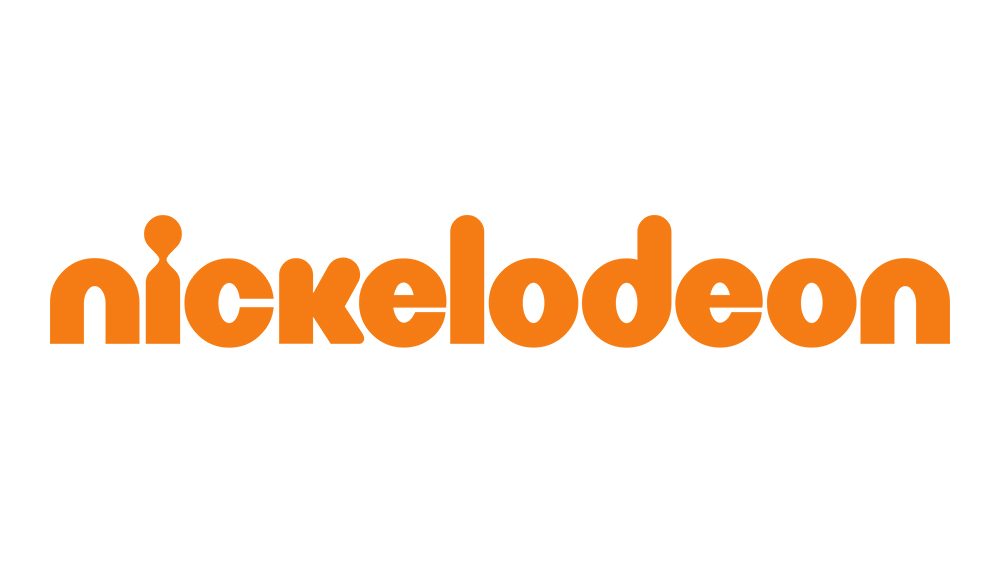 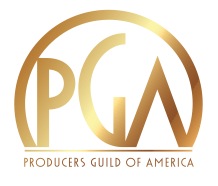 The ISA Fast Track Fellowship gives two screenwriters a direct line to be mentored by eight top level agents, managers, producers and executives during a week of meetings. After the Fast Track Week, the fellows will automatically be accepted onto the ISA Development Slate where the ISA and our VP of Development will champion them and their script to industry contacts for a full year!

Seven Genre Top Selections will receive $500 cash each, be evaluated for acceptance onto the ISA Development Slate and go on to be considered for the two Fast Track Fellowships. We are looking for the freshest, most original, and most personal writing in all of these genre categories:

All are welcome to apply! Our mission, as always, is to shine a light on the best undiscovered writers in the world with a special focus on talented writers who are typically underrepresented in the industry. In order to find those unique and original voices, we need to read their work. To that end, we highly encourage all diverse voices to submit. We have our eye on the future of this industry and are genuinely looking to amplify those stories.

This season's mentors to be announced. Last season's included:

Amy Aniobi is a writer, director and Executive Producer on HBO’s Emmy-nominated comedy, “Insecure,” starring Issa Rae. She also served as showrunner/head writer/EP for season one of HBO stand-up special “2 Dope Queens,” and she has multiple projects in development, including three projects at HBO and HBO Max and two features set up at Universal. Amy recently directed the short film, "Honeymoon," which explores a new Nigerian couple's arranged marriage. She also co-created, co-directed and starred in the web series, “Lisa and Amy Are Black,” created the web series, “The Slutty Years” and wrote for both seasons of “Misadventures of Awkward Black Girl.”

Brittany started her entertainment career working at DreamWorks SKG in the casting department covering animated and live action features and television. She then moved into television development at Amblin TV before joining the Comedy Development team at ABC Network. While at ABC working on broadcast development she also took over responsibilities building, developing and programming for the network’s digital platform. Before joining Nickelodeon she spent a few years leading development at Abominable Pictures. Some of her favorite projects include, How To Train Your Dragon, The Croods, The Americans, Speechless, Blackish, American Housewife, Fresh Off the Boat, All That, Are You Afraid of the Dark, The Barbarian and The Troll, and many more. Brittany is originally from Portland, Oregon and earned a Bachelor of Fine Arts from Otterbein University in 2008.

Gina Lucita Monreal: Writer, Producer
After earning her MFA in USC’s Writing for Screen & Television Program, Gina participated in the CBS Writers’ Mentoring Program, NBC’s Writers on the Verge, and the Disney/ABC Writing Fellowship.  She previously wrote for ABC’s Brothers & Sisters and recently completed her ninth season as a writer/producer on the CBS drama NCIS.  When Gina isn’t telling stories for work, she’s telling them at home to her two children. 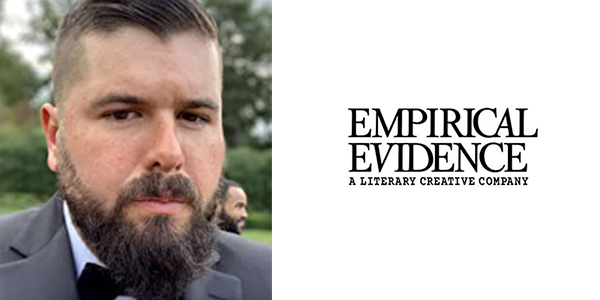 Daniel Seco: Literary Manager, Empirical Evidence
A former sports journalist covering U.S. Soccer, MLB, and the NBA, Daniel Seco began his Hollywood career in 2013 at Resolution. He joined CAA in 2014 where he worked in the motion picture literary department before venturing into literary management on the feature side at Writ Large in 2015 as a coordinator/junior manager. A series of consulting jobs including a stop at Netflix in its Original Film department gave way to Seco joining Schemers Entertainment as a literary manager in 2018. Currently, Seco is a literary manager and partner at Empirical Evidence, a literary creative company founded by Derrick Eppich. Seco is a proud graduate of the University of Maryland and the University of Florida as well as a cancer survivor. 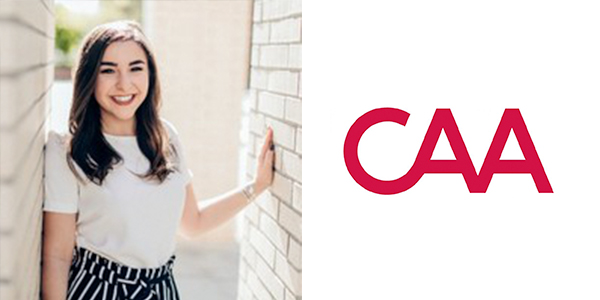 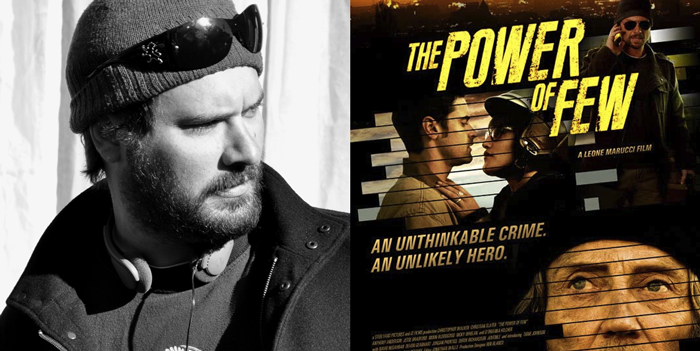 The week kicks off with a meet-and-greet with ISA VP of Development, Felicity Wren, and Creative Executive, Jerren Lauder, who will take the fellows through the week's itinerary. They'll accompany them every step of the way as they have career-changing meetings with top industry mentors in a one-on-one virtual setting. The week is capped off with the ISA's Virtual Pitch Panel, where the fellows will be spotlighted and have the opportunity to pitch to another panel of industry execs.

No Faster Path to Breaking In

Fast Track Fellows are automatically accepted onto the
ISA Development Slate for a full year of support. The ISA Development team works tirelessly to promote fellows and their scripts, and as a result, many have signed with top agents, managers and/or had their scripts optioned or purchased.

Over 80 scripts on the Slate have been produced or optioned.

When You Apply for the ISA Fast Track 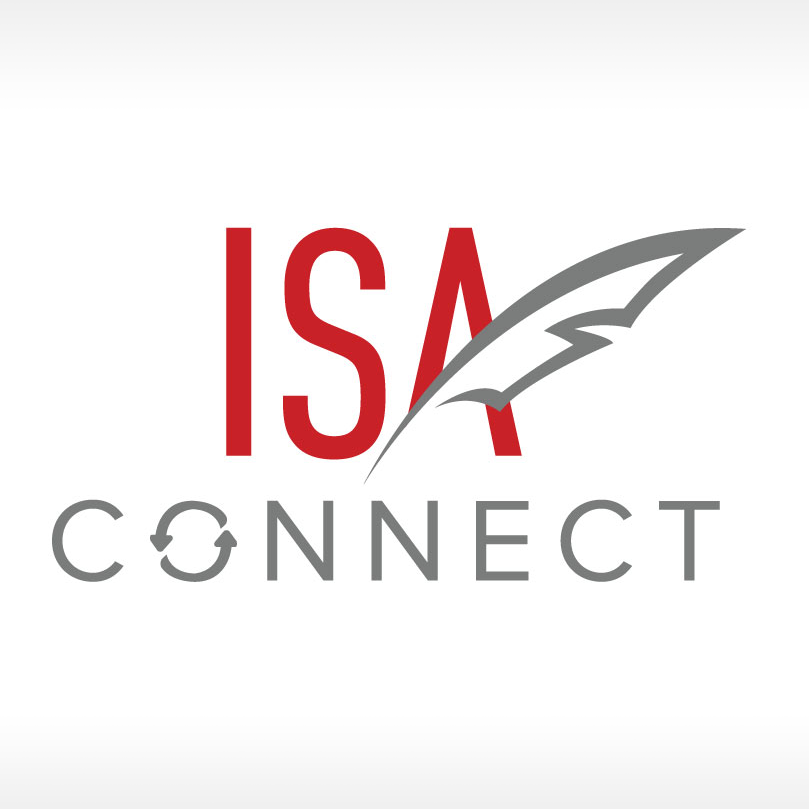 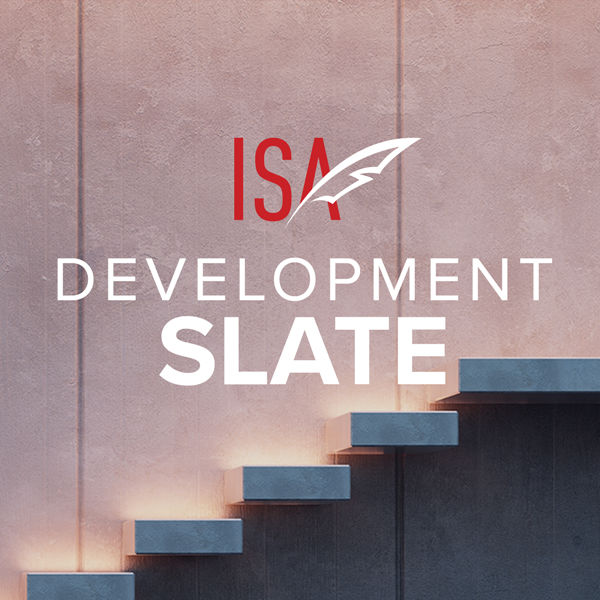 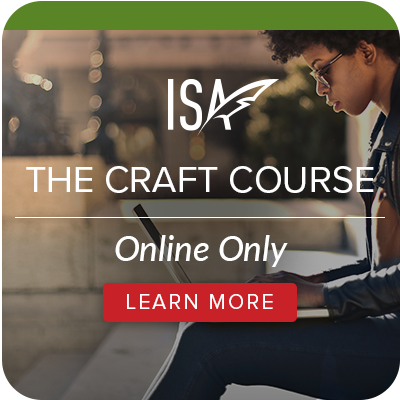 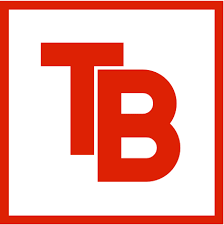 Who are the mentors and what can I ask them?
All mentors will be listed on the home description page as they are announced, and you can ask them anything you like in the meetings. The time is yours, what you make of it is up to you, so plan ahead. You'll spend about 30 minutes - 1 hour with each executive over a 5 day period.

Can I pitch my project in the meetings?
These are not pitch meetings. Unless they request you to pitch them, it is your time to ask question about the industry and build relationships rather than sell your work. You will know after the meeting (or maybe even during) if the mentor is interested in working with you further.

Are the meetings in person?
During Covid and/or until further notice, all meetings will be virtual. Believe it or not, this has been very successful. Our past fellows both had scripts requested by a number of the mentors, including Lit Manager Matt Prater and MGM Development Exec. Sandino Moya-Smith. The world has gone virtual.

Is it one Feature writer and one TV Pilot writer that is chosen?
No, TV Pilots and Features run together. We are looking for the best writers overall, so feel free to submit both types of scripts as one writer.

Do you accept submissions via snail mail?
No. In an attempt to be green, we’re not accepting hard copies via the postal service. We’re accepting online submissions and online payments via the ISA website. This includes all major credit cards.

When will I receive my feedback?
Your feedback will be emailed to you within 90 days of submitting your script, usually much sooner.

Can I re-submit a rewrite or corrected versions of my script if I haven't ordered feedback?
No, you must submit your screenplay as a new submission for the price of the current deadline fee.

What if I make a mistake and send the wrong script?
If you make a legitimate mistake entering and recognize this within 24 hours, email us here, and we'll send you instructions on replacing your screenplay: FastTrack@NetworkISA.org

What genres do you accept, and can I submit with more than one?
We accept all genres. We understand scripts can be categorized in many genres. You are welcome to submit in more than one genre, but another submission fee is required. These are the more common genres: Action/Adventure, Thriller, Animation, Fantasy, Science Fiction, Comedy, Drama, Family, Historical, and Horror.

How will I know if you received my script?
You will receive an email confirming your submission immediately upon completing form and payment. If you do not, please email us here: FastTrack@NetworkISA.org

Any other questions feel free to email us here: FastTrack@NetworkISA.org