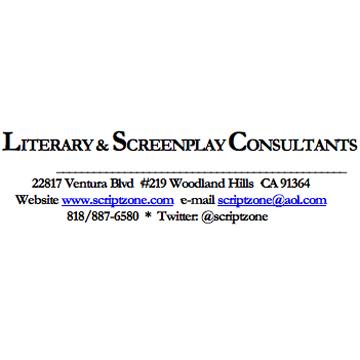 Every successful film is driven by one indispensable element...

Hits are grossing billions of dollars worldwide and competition for great scripts is fierce.  It is vital for writers, producers, directors, executives and investors to develop screenplays of exceptional creative and marketplace power.

Scripts are analyzed personally by Paul Young. Major strengths are identified and enhanced, detailed solutions are provided for all creative problems, and multiple development proposals are suggested to maximize the natural power of the script before it goes into the marketplace.

This is the same intensive approach found in studio and major production company development notes, and used by producers and studio executives to maximize the power of their scripts.

The value of this service is not simply in the analyzing of the strengths and weaknesses of a script, but in the amount, depth and detail of the input Paul provides to solve creative problems. No other script consulting service provides this amount of creative input by a produced screenwriter.

BEFORE YOU SEND YOUR SCRIPT INTO THE MARKETPLACE, BE SURE IT'S PROBLEM-FREE. LET US CHECK IT OUT.

NO OUTSIDE READERS, INTERNS OR STORY ANALYSTS USED.

Writers
Maximize screenplay power and sales potential. An in-depth analysis of a screenplay identifies all creative problems, and provides detailed input for solving them, guaranteeing submission to the industry of the best possible draft. LSC clients have had major script sales, studio development deals and films produced.

OUTSTANDING SCRIPTS MAY BE RECOMMENDED TO AGENCIES AND/OR PRODUCTION COMPANIES, OR OPTIONED BY SCRIPTZONE PRODUCTIONS.

Producers & Directors?Solve script problems fast during development, pre-production or principal photography. An independent screenplay analysis from outside your normal development loop provides an objective look at the material, helps resolve creative differences, and focuses and guides the revision process, ensuring the strongest possible script in the minimum number of drafts. LSC CLIENTS HAVE HAD MAJOR STUDIO DEVELOPMENT DEALS AND FILMS PRODUCED.

Investors
Increase successful motion picture funding decisions by utilizing the services of a professional screenplay consultant. A comprehensive, independent analysis of a piece of material can be of substantial assistance in determining its creative and marketplace strengths and weaknesses, and therefore its potential as an investment opportunity.

Normal turnaround time is about one week from receipt of material. Contact us for further information!