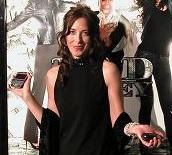 Our relationships with Hollywood’s key players, coupled with our advanced development skills, allow us to offer the best, up-to-date advice onhow totake your projectto the next level and increase itssalability. For qualified clients, L.A. FOR HIREis a gateway to the Hollywood community, providing industry access and exposure.

The Script Consultation Intensive is $700 ($30 off for CONNECT members!) and it includes a read-through of the script with detailed page notes that address character development, premise, plot, structure and dialogue with suggestions for improvements to make the script more sale-able. We will then have a one-hour consultation to discuss the comments. You would also receive a copy of the notes for your records and our review.

Our relationships with Hollywood’s decision-makers, and our excellent development skills, allow us to offer the best, up-to-date advice on how to take your project to the next level and increase its salability. For qualified clients, L.A. FOR HIRE is a gateway to the Hollywood community, providing industry access and exposure.

"Since we started working with Wendy, she opened doors, getting our scripts read by top agents and producers. Thanks to her guidance, we've closed three six-figure deals with some of the biggest production companies in Hollywood. She did this in less than six months."

"Wendy Kram understands the business better than anyone else I know."

"Wendy Kram has her finger on the erratic pulse of Hollywood. She is responsible for selling my book to Sony. Her address book is A-list, her energy limitless, and her ability to get things done amazing."

"Wendy is extremely professional, knows her stuff, gives brilliant notes, has lots of important industry contacts -- and yes -- she even got one of my movie scripts produced! That's probably the best recommendation anyone can give."

"Wendy and I worked together as Co-Executive Producers on the award-winning CBS miniseries "Sally Hemings: An American Scandal." I find her to be tenacious, a go-getter, thorough and incredibly smart. Without her drive and fierce determination, I do not believe the project would have ever happened. I can’t recommend her more highly."

~ Tina Andrews, award-winning screenwriter and author, "Why Do Fools Fall In Love", "Soul Food", recipient of The Writers Guild of America and NAACP Image Awards for "Sally Hemings: An American Scandal"

"As a manager/producer, I have worked with hundreds of executives over the years and among them, Wendy Kram has always stood out as one of the exceptional ones. Sharp insights about the market place are coupled by strong creative instincts that consistently elevate projects. It is rare to find an executive who understands both story and marketability. Anyone who works will her will undoubtedly benefit from her innovation and business savvy."

"Wendy Kram knows how to open doors. She effectively cultivated, developed, and placed my memoir into the hands of A-list talent and producers -- names that literally made my jaw drop. She's earned both my admiration and complete trust. There's just no way my project could have come this far without her insight, skill, and impressive connections."

"In my experience as an Emmy Award winning writer I have found few producers in the entertainment business who can match Wendy Kram when it comes to thoughtful analysis, keen insight and diligent application to evolving a screenplay. She encourages writers to delve deep, culling the full value of the work in a positive and challenging way. Her tenacity, sharp mind and calm nature are a remarkable combination. In a town where too many people claim to know more than they do, Wendy is the real deal. I am truly grateful for the contributions she has made to advancing my work and I would encourage any writer who has the opportunity to work with Wendy to do so."

"I have been out to sea for the majority of the past year, forcing me to rely on books and coverage to gage my work. In that year of spending thousands of dollars on coverage, Wendy Kram is by far the most detailed and focused professional I've worked with. After my consultation with her, I came out with the knowledge of a better writer. My experience with her was the best combination of positivity and 'know how' I have ever had."

"I always find Wendy to be phenomenally creative – really uniquely so. She can find a diamond in the rough property and polish it so that it gleams and glistens. Some diamonds are rougher than others. Some diamonds look like fool’s gold but she finds the ones of substance and transforms them.

She is well connected. She has her finger on the pulse of the industry in a very real and grounded way. My students found her exhilarating when we set up a Q&A with Wendy at the New York Film Academy. And she’s just impressive in that respect.

Beyond all of that, she is probably one of the most charming, inspiring, and enthusiastic studio executives you’ll ever meet. You will find her so as well, I’m certain."

"I was a member of the Harvard Screenwriting workshop, 2012, and want to thank Wendy for a brilliant discussion of the current film industry. Particularly impressive were her mastery of marketing techniques and her compassionate presentation of the plight of both writer and producer. Her comments on pitches, rewrites, and personalizing the interview were invaluable. I would recommend her workshop unilaterally to all ambitious writers at Harvard and beyond."