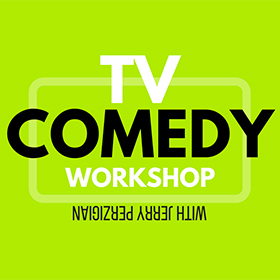 Welcome To The Writer’s Room
This is the only class of its kind—run like a real writer’s room on a 30 minute TV comedy series, taught by a professional showrunner with over 25 years of industry experience—and featuring the work of 12 talented student writers.

You’ll not only complete a half hour pilot or spec script for a tv comedy series, you’ll also collaborate on the development of your fellow students scripts for a different show each week.

What You’ll Learn
You’ll learn the elements of a successful half-hour comedy series, and how to write a series pilot or series spec script that shows off your talent as a writer, but also your ability to demonstrate your professionalism to every network, studio, and series producer who reads it.

By the time you’re done, you’ll not only have real world experience of working in a TV writer’s room, you’ll also a community of writers you can depend on, and a draft of a professional grade spec script or pilot episode for your own TV series.

With more than 25 years of Hollywood experience,  Jerome Perzigian has been a showrunner, writer, and producer on some of the most successful half-hour series in history, including “The Jeffersons,” “The Golden Girls,” “Frasier,” “The Nanny,” and “Married…with Children.” He’s been nominated for three Emmys and won one in 2004.

He has worked with, for, and alongside some of the biggest, most successful names in the the medium, in virtually every half-hour genre: smart shows, silly shows, black shows, white shows, kid shows, sports shows, sketch shows, and a couple that defy rational explication.

In addition to his position at Jacob Krueger Studio, Jerry has taught television-writing at The University of Chicago as a Visiting Professor three separate academic years. In 2010, he was dispatched by Sony Pictures Television to Moscow to supervise production of the Russian version of “Married…with Children.”

There are no instructor bio linked to this class.