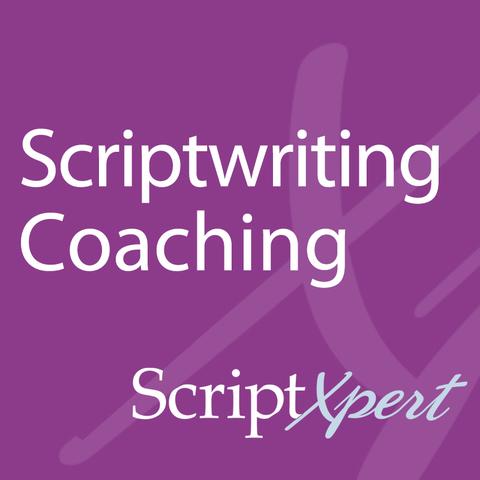 How many times have you told yourself that this is the year you’ll finally finish that screenplay? You have the ideas.You have a passion for writing. So what’s the missing element that keeps you from completing a saleable screenplay?

Without a clearly defined writing plan and a skilled expert to steer you through the process, getting from FADE IN to FADE OUT can be an arduous task.

To up your chances at success, turn to our ScriptXpert Writing Coaches, The Writers Store’s professionally-trained screenwriting mentors.

A Writing coach provides customized guidance based on your own screenwriting goals, and can take you from first glimmer of an idea to a final draft, all the while addressing your specific writing needs.

Unlike classes and workshops, there are no one-size-fits-all theories or pre-set lessons, only one-on-one meetings where your coach will develop and implement a powerful strategy to help you reach your writing objectives.

Having a regular appointment with a Writing Coach will make you accountable for your script, and gives you the unprecedented attention and input you need to get your blockbuster completed.

Our Writing Coaches are a team of veteran writers with degrees in an array of disciplines, from screenwriting to filmmaking. They possess solid backgrounds in the Industry, and have pitched, optioned and sold their own work. To select a Writing Coach, review their qualifications below to decide which one will be a match for your project.

Plus, we have numbers of satisfied screenwriters who are more than happy to talk about their experiences with our Coaches and Screenplay Coverage services. Check out ourtestimonials pageto see what your fellow writers have to say.

INCAA optioned his psychological-thriller feature film script Omission. His co-written animated action-thriller/dark comedy, Boogie the Oily (based on a comic strip), was the first 3D feature film made in South America. It has screened in film festivals all over the world. He has written numerous feature scripts in various genres as well as TV pilots, show bibles, and a novella. He has pitched to executives at Paramount, Warner Brothers, Fox, Disney, Universal, and Sony.

Along with being an Academy Nicholl Fellowships Quarterfinalist and Final Draft's Big Break Semifinalist, Mario is the co-author ofThe Pocket Screenwriting Guide: 120 Tips for Getting to FADE OUT. He also coached the first three winners of the Industry Insider Contest through the process of writing their scripts, including Tyler Marceca, whose script, The Disciple Program, was acquired by Universal after a bidding war.

Anthony Grieco
Background:Anthony Grieco attended the University of Toronto where he majored in English and minored in Film. Upon graduating, he attended Circle in the Square Theatre School in New York City and went on to star in over 50 television commercials and episodic programs.

He moved to Los Angeles when one of his first spec screenplays was solicited by various agents and managers. Within months, he had optioned his first feature, a comedy calledI’m With Stupid, to Peachtree Films.

Anthony has completed ten feature film scripts and two TV pilots. Two of his scripts have been optioned, one recently rewritten for Clint Eastwood, and one recently put into pre-production for a summer 2013 start with Buffalo Gal Pictures in Canada. Anthony is also currently a script consultant, working as a Story Specialist at The Writers Store and a mentor for the Industry Insider Screenwriting Contest. He is also the co-writer of the best-sellingPocket Screenwriting Guide: 120 Tips for Getting to FADE OUT.

She has been with The Writers Store's Development Notes program for more than three years, and teaches one-on-one classes on Fundamentals of Screenwriting and Writing the Screenplay Treatment.

Micki continues to write features, TV pilots and web shorts.She has completed all course levels of improv at Upright Citizens Brigade, and is contributing editor of the humor magazine The Devastator.

Kay Tuxford
Background:Kay Tuxford earned a Screenwriting MFA at Chapman University, where she was awarded Knott Scholar status and was mentored by screenwriter Larry Gross. She was nominated for Best Screenplay for her feature Coffee Spoons, and was awarded Best Film for her comedy short 54 Meets #47.

She has experience as a production company reader for Dark Horse Entertainment and Gary Paulson Productions, and was also a contest judge for ScriptSavvy.net and Blue Cat. Kay assisted in the creation of and helped launch the Writers Store’s Development Notes program, which earned 5 of 5 stars from Creative Screenwriting magazine.

Kay’s other achievements include 1st place in the 1-Hour Category of Scriptapalooza’s TV Writing Competition, 2nd place in the Cynosure Screenwriting Awards, Second Round at Austin Film Festival on numerous scripts, and Semifinalist status on 2 scripts at the Nicholl Screenplay fellowships as well as placing in the top 10% and 15% with other screenplays. She also currently has a TV pilot optioned with her writing partner.

If you are not in Los Angeles you can still take advantage of this incredible service. Our Coaches are available Monday through Saturday from 10am until 6pm Pacific Time via phone, Skype.