“The Comedy Of Civilization” Kerry Ehrin Talks ‘The Morning Show’ 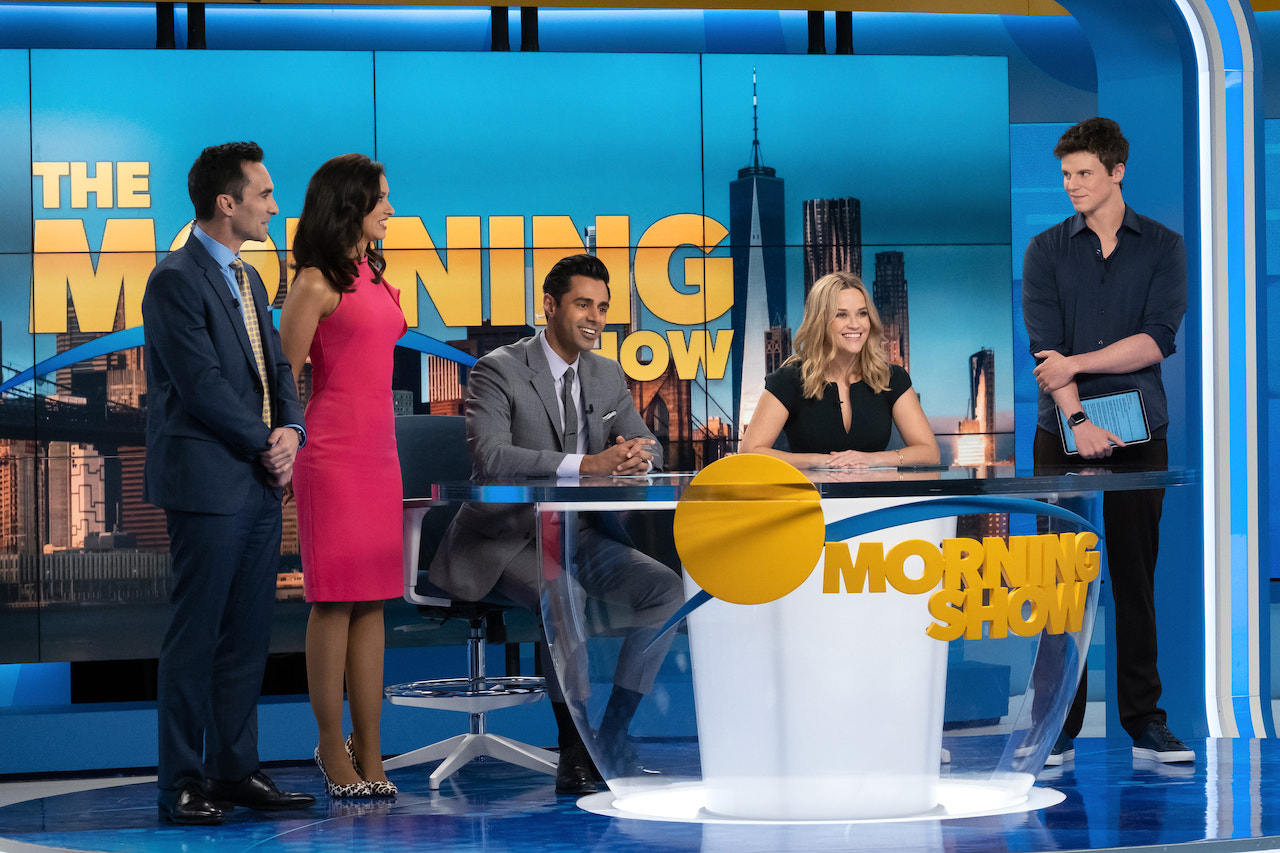 What happens when you’re the showrunner of a series that’s based on a news program… and the entire world changes between your first and second seasons?

That’s the situation Kerry Ehrin (Friday Night Lights, Bates Motel), The Morning Show creator found herself in when the COVID-19 pandemic hit before the popular series had a chance to follow up on the cliffhangers it left its fans with at the close of Season 1. While they certainly were not alone in this predicament, the very nature of their show’s subject matter necessitated a change in focus. And a figuring out of the ever-changing world – practically and creatively – in real time.

The series stars Jennifer Aniston, Reese Witherspoon, Steve Carell, Billy Crudup, and Mark Duplass and follows the on- and off-air drama of a television morning show’s hosts and production team. It was recently announced that Ehrin is stepping back from the role of showrunner on The Morning Show in order to develop some new, soon-to-be-announced projects for Apple TV+ (although she will continue to remain on in a consultant position for the series). I spoke with her about the second season and how it affected both her process and story… and about passing off the reins to a series that’s begun to feel like family.

To start with the obvious… the world changed so drastically between your first two seasons. Before addressing how that impacted the story, did it also affect your writing process?

Top to bottom, it did. It created a window of space, although none of us knew how long what was happening would last. I remember when COVID started we all thought, “Oh, we’re going to push production a month.” So it wasn’t like I was thinking I would have six months! 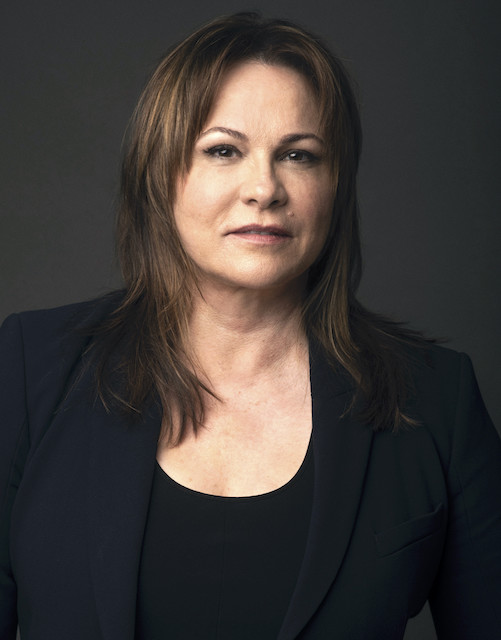 We had to rethink the scripts and rewrite them and so on… and we didn’t have a room anymore. It was very different, but I found it enjoyable. One thing about production is it is not isolating; and I sometimes like the isolation of writing. So that was actually, I think, a helpful thing to have, especially when we had to revamp everything pretty quickly.

Had you already written the storylines for Season 2?

We had basically worked out character arcs and had written about half of the season. When we worked COVID into it, what we tried to do was take the character arcs and then fit them into this new storyline. It was like adding an ingredient. Things changed, but we did speak through those character arcs that we wanted to start with.

Was it ever an option to pretend like it wasn’t happening? Some series have incorporated the pandemic into their storylines, others haven’t referenced it at all. Was that ever a debate or just a given that you had to stay as close to reality as possible?

It was definitely a conversation. I resisted it, and for a few reasons. One was that it was just starting and no one knew anything about it. We didn’t know where it was going to land or that it would end in a year when we people would be watching it. So that was pretty tricky to take on as a subject.

I did wonder if we could ignore it and just go up to the point in time before it happened… but then it just felt like, “Well, it is a news show… and this is how it’s happening in the world.” So then we came up with the idea of doing the prelude to the quarantine and how we were all very focused on other things like the Democratic Convention and the impeachment.

There were so many social things and things that we weren’t really paying attention to…COVID did get some coverage, but it wasn’t the focus. Everything changed when the quarantine happened, then it was suddenly getting all the coverage and was front and center. It became real at that point. So we kind of played in the area that led up to that.

It was powerful to start the second season around New Year’s Eve 2019! Even though things didn’t shut down until March, it’s nostalgic to look back at what our view was going into that year.

Yes. When you look back at that whole idea of ringing in a new year and all the promise that brings…we never know. And that’s the part that’s sad. And scary, you know? It’s like every year, you think “this is going to be a great year” and you just don’t know.

Life is a complicated thing… and I think it’s been interesting watching it. Even now, the world has changed since then. So you’re reliving it, but from a different perspective. It was very scary at the time because no one knew anything and no one knew how bad it would be. We didn’t know if people we knew would die… that’s a huge, scary thing. That was the situation at the time we were writing, so it was tricky.

It must present such a challenge to write in the moment when the moment is ever changing… and your reality is constantly changing. How did you handle that and did it involve you having to do a lot of rewrites as things changed? Or did you just decide to stick with what was current at the time?

The truth is, it all affected everything because information would come in as we were writing. We were just writing and then it was like March 14th 2020, or whatever the date was, when the quarantine officially started. We didn’t have to know that many facts about it yet… we just had to know what everyone didn’t know, if that makes sense! And what people’s fears were and their assumptions…that that’s what we had to know in order to write it right.

This show presents a unique opportunity to write topics based in reality. Do you enjoy that or do you find it limiting?

I enjoy aspects of it, like examining social behavior and how people act… and this sort of comedy of civilization. I do enjoy it, but it’s tricky because the subjects are also loaded. And that does get exhausting, because you want to be very, very delicate with these subjects. They’re important subjects. They matter to a lot of people, and you don’t want to get it wrong. You’re also dealing with a lot of different input, and it’s a very delicate act you’re doing while trying to juggle it all at the same time. That part of it I don’t love!

What makes broadcast television specifically an interesting world to delve into?

I think my interest in it is just that I’ve worked in it for so long and I understand it. I have seen all the layers and levels of it and sort of the “bullshittery” of it I guess, which is amusing to me.

And I know that exists in all businesses, it’s not like Hollywood is unique. But it just was a fun thing to be able to come to examine a little bit. 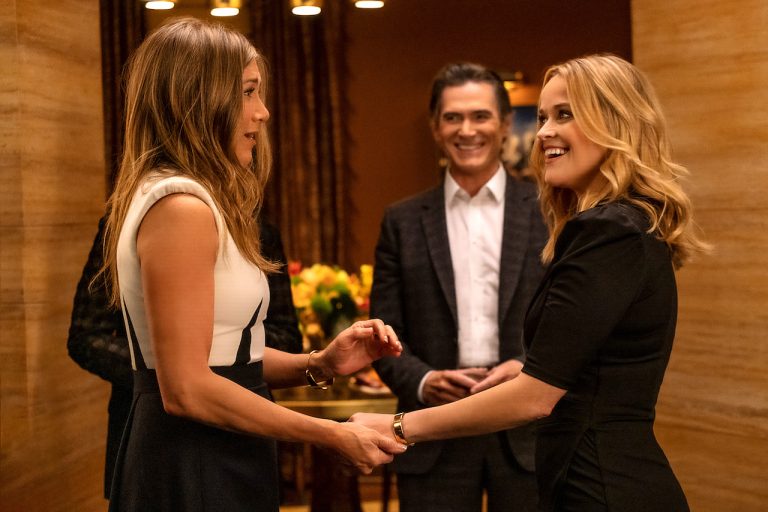 I feel like I have an affection for the very things that I make fun of, like I have affection for Hollywood. I’ve worked in it for 35 years… or maybe 40… but there’s a lot to laugh about it as well. There’s a lot to change in it and there’s a lot to become. Just this human dance of people trying to achieve their own personal goals – which are often huge in Hollywood – and the sort of lies people tell themselves about how good of a person they are. How you present versus who you really are. There’s a lot of poignancy, and some tragedy and humor in that subject.

Having been in the industry for so long, have you seen a lot of positive change?

I do think we have come a tremendously long way, and I think it’s sometimes hard to see that. There’s obviously a lot of room to grow still, but when I compare the industry now to when I started… it’s a different industry.

You’ve created this world and these characters on The Morning Show and are now stepping back. How did it feel to pass on the showrunning aspect of it to someone else?

I’m always paranoid to pass on the reins. It’s always hard to leave characters because they’re like you’re your children or your family! You know them so well and you’ve held their hands through all their little horrible dramas and pains and the things they’ve done wrong.

But that’s also the price of admission. We’re basically like carnival people, we just move and don’t live anywhere forever. You just keep moving. And I’m really excited to see it in the hands of Charlotte Stoudt (Pieces of Her). She’s fantastic. I think it’s going be great and exciting, and fun for me to watch as a viewer.
Topic(s):
Character Development, Genre, Interview, Scene Work, Structure
Originally Published:
Creative Screenwriting Magazine