What the Length of Your Screenplay Says About You 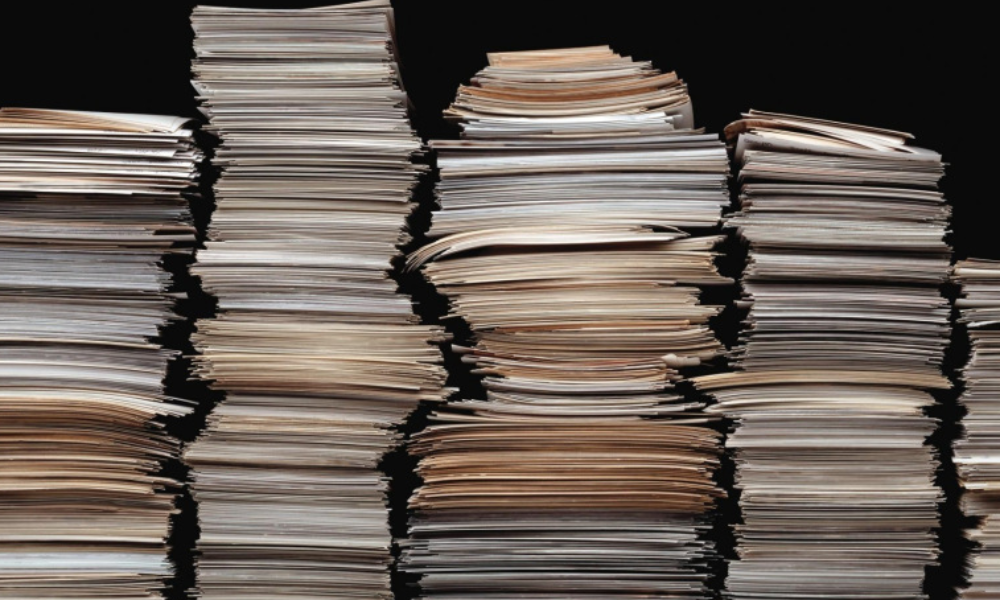 First, it was the 120-page 2-hour TV pilot from a first time, unrepresented writer.

And, for the record, the writers mentioned above have all been to the rodeo before. These weren’t their very first scripts, or the first time they tried their hand in television writing or screenwriting.

But it brought me back to this, which you hear all the time: For any screenwriter trying to get anywhere in the industry, his screenplay or television pilot is his calling card. It’s a conversation starter; the thing that can garner the screenwriter interest and attention. And in this calling card, there are a million things the writer has to get right: Not only does the screenplay or television pilot have to be compelling, original and powerful, deliver a plot and an arc that adheres to the accepted structure and format, put forth unique, interesting characters, introduce us to new worlds and amplify meaningful themes, there also can’t (or shouldn’t) be any typos in the work. Extra words, missing words, all of those can create a problem. Don’t write long monologues unless you are in a courtroom. Don’t write chunky action lines, as they are an immediate tell of an inexperienced screenwriter who has yet to master his craft.

And no less important? Your page count.

Your page count is often the first thing that agents, managers and executives look at when prioritizing a screenplay or television pilot in their virtual reading pile. Sure, if the screenplay or television pilot came to them by a referral from a good friend, a colleague or a client, they are likely to place it somewhere towards the top half of the pile. But if it didn’t? If they got it through a query, following a contest placement or are reading it as a favor to someone? They are likely to look at the page count first, and then decide: Are they going to prioritize this writer, and take his script seriously? Or are they going to move it to the bottom of the pile, and only get to it if and when they have the time?

Let’s be clear on one thing: They never get the time. So the one place you don’t want to be in is the bottom of the virtual pile.

You don’t know the rules.

If you do know the rules, you think that they don’t apply to you.

Delivering a screenplay or television pilot that runs too long communicates that you are not able to tell the story you want to tell within the allotted pages. This could be because you have too much story, or because you don’t understand structure well enough in order to make your story fit within it. Potentially, you are telling the story in the wrong format, or in the very least in a format that you can’t fit it into. Should you be writing a movie or a television show? A half-hour script or a one-hour script? Or maybe the whole thing really deserves to be a novel? These are all decisions that agents, managers, producers and executives expect you to find the answers to before you approach them. It’s not their job to be doing the thinking for you.

If you know the rules and expected length, and opt to deliver a piece of work that falls outside of those guidelines, then the implication is that you think you don’t have to abide by the rules, as was the case with the writer who delivered me a 2-hour pilot. Have 2-hour pilots been done before? Yes, but not by first time writers seeking to gain attention for their work. And if you look closely, you will see that in most cases the pilot ends at the end of hour 1, and that hour 2 is truly episode 2, making the 2-hour pilot part of the show’s rollout strategy.

We often see a similar issue with writers who opt to deliver a pilot + additional episodes. This has happened to me more than once, where a writer insisted that his pilot has to be accompanied by additional episodes, because he intended to sell not only his pilot, but the additional episodes that he wrote for it. Let’s be clear: Calling your project “cinematic television” rather than a pilot does not give you license to expect to sell all 10-hours of your first season. The challenge with presenting your material that way is that by delivering multiple episodes, the writer expresses an unrealistic expectation for his pilot (expecting it to sell, rather than become a writing sample, as most pilots do), as well as a lack of understanding for how television works, as, even in the best case scenario when an unknown writer sells a pilot from the outside, a room of seasoned writers is then assembled to potentially re-break the pilot, as well as the ensuing seasons and episodes.

While you don’t want to over-write, you certainly don’t want to under-write either. Some might think that delivering a 72-page feature draft would be advantageous as far as getting on top of the virtual reading pile, but the truth is that a low page count implies that you simply don’t have enough story for your chosen format. As a rule of thumb, it’s always better to have too much story than not enough. With too much story you can make some cuts and bring the page count down; but if you don’t have enough story, it will be really hard to get a screenplay or a television pilot to the expected length with meaningful plot twists and substantive character development. The expected lengths for a feature of a television show, be it a 1-hour or 1/2-hour, are standard for a reason: prime time schedules are built around them, as are movie theater screening schedules.

Now, have there been exceptions to the rule? Of course. Amy Sherman Palladino is famous for bringing in her episode scripts at 75-pages and up, and on the industry front we have occasionally observed pilot scripts making the rounds despite an 80+ page count. There was a feature script a couple of years ago that made a bunch of lists at a page count lower than 75, and I am sure that there are more like these that I am not even thinking about. But all of these, every last one, had either a name, known writer behind them, or a powerful agent or manager willing to advocate for that particular piece of work and put his reputation on the line, making the impassioned case that the material should absolutely be read despite its considerable or lacking page count. If you have that going for you? Go nuts. But until you do…

Be sure to adhere to the page-length guidelines!

Better yet if you can come in between 90 and 110. I find that my pro writers almost never exceed 112 pages – they understand that going all the way to 120 makes the read feel that much more laborious, so if they can, they will absolutely come in under. Of course, there are those occasions where the writing is lean and mean, and the plot requires all the real-estate it can get. Still, for an executive, producer, agent or manager reading the script, the difference between 90 pages and 120 pages is an extra 1/2-hour of work. Don’t cut out a quarter of your script if it hurts your story or characters, but also be respectful of the reader by making sure that everything that’s made it onto the page is critical for the story you are aiming to tell.

While network dramas, on their feet, clock in at 42-45 minutes, and basic-cable/cable/digital pilots have a somewhat looser format, allowing the material to run anywhere from 45 to 60+ minutes, the standard expectation for a 1-hour pilot is 55-65 pages.

The general “talkie” nature of a 1/2-hour script allows it to run a bit long proportionately. However, dialogue can only roll off the tongue so fast, so be sure to keep your 1/2-hour comedy at a reasonable length!

Technically, a 1/2-hour script is a 1/2-hour script, so it can come in around the same length whether it’s a drama or a comedy. Technically. However, because drama scripts can be a bit slower by nature, you may want to stay a bit more conservative with your pages – the excuse of snappy dialogue that flies off the page is not going to be quite as effective here.

Whether your screenplay runs long or short, the most important thing is that you tell the very best story that you can tell within those pages. Put your passion on display. Consider every line of dialogue, every bit of action. Screenwriting is often an exercise in minimalism, so be sure that every choice you make and every bit of information, character development, action or dialogue you include is integral for the story you are trying to tell. If you do that, no one will hold it against you if they have to read a few more pages!

Author of Breaking In: Tales from the Screenwriting Trenches from Focal Press and Getting It Write: An Insider’s Guide To A Screenwriting Career published in 2014, I am a career coach for screenwriters, with an exclusive focus on the screenwriter’s professional development. My clients include working film and television writers, writers who sold feature specs, original pilots and pitches to major studios and networks, as well as contest winners, television writing program participants, feature film lab participants and fellows, and emerging screenwriters just starting on their screenwriting pa...